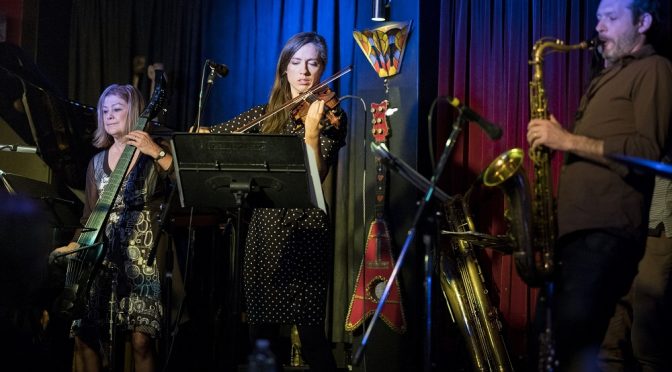 Although populated by Aboriginal and Torres Strait Islanders for at least 50,000 years, post 1788 Australia is a nation of immigrants. My family is no exception. Knut Axel Eriksson, our Swedish grandfather, was a working-class merchant seaman from Stockholm. He stepped off a ship in Melbourne in the 1920s where he met and married my cockney English grandmother. He never went back to Sweden.

My grandmother was a milliner (hat maker) by trade, and an amateur pianist in her spare time. She loved Chopin, English music hall songs and much more! My grandfather played the harmonica, perhaps learned during the long weeks at sea. Music was in my blood. END_OF_DOCUMENT_TOKEN_TO_BE_REPLACED 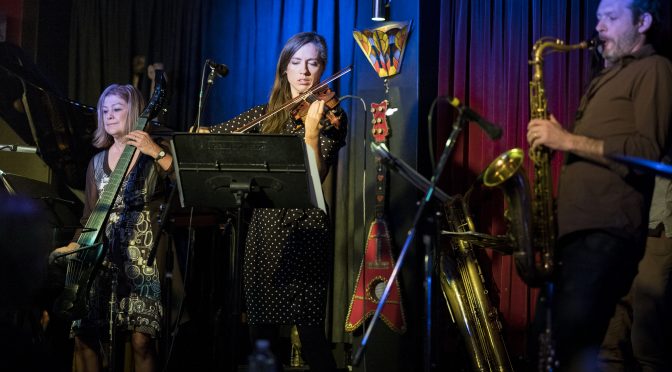 “Masterful musicians at play in the creation of new works and soundscapes that feature and incorporate Jennifer Eriksson’s electric viola da gamba.” (Loudmouth)

It’s not very often that a new instrument joins the music scene but Jenny Eriksson’s electric viola da gamba, the only one in Australia, has been raising musical eyebrows over recent years. Having spent 30 years establishing herself as a leading expert on the baroque repertoire written for her 7-stringed, fretted and bowed instrument, Eriksson and Elysian Fields are charting new territory for Australian music in blending the special qualities of the viol with elements of jazz, classical and world music. The uniquely configured line up (sax, voice/violin, electric viola da gamba, piano, bass guitar and drums) returns to Foundry fresh from the launch of their highly regarded debut CD, “What should I say.”

Driven by the ongoing creative efforts of band members, Elysian Fields brings to the table an ever shifting and expanding set list. This gig will feature the second ever performance of bassist/composer Siebe Pogson’s specially commissioned song cycle “The Tragedy, The Journey, The Destination” along with original charts by Matt Keegan, Matt McMahon and Jenny Eriksson. Tickets https://foundry616.com.au/ticket/10-october-thursday-elysian-fields/

Sydney Arts Guide has two double passes to give away to the concert. Email editor.sydneyartsguide@gmail.com with Elysian Fields Promotion in the subject heading. Winners will be advised by email.

Editors Note : This promotion has now closed and the winners have  been advised