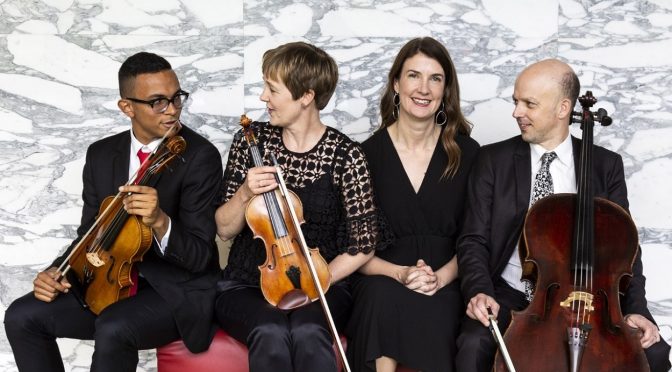 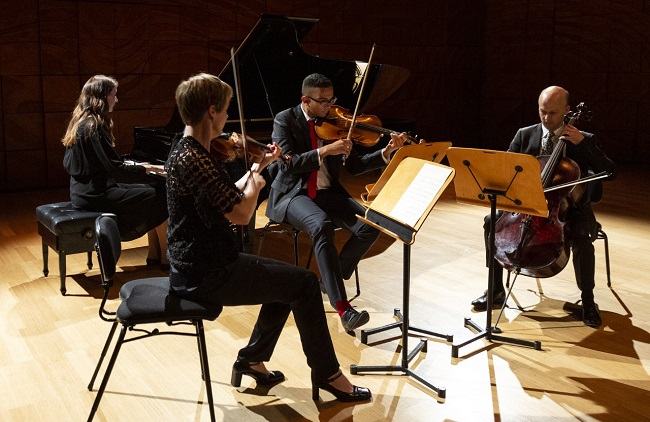 Part of the Prelude in Tea series at the Independent Theatre , the latest concert was the wonderful Seraphim trio plus guest artist Martin Alexander in a scrumptiously delicious performance.

The Seraphim Trio pianist Anna Goldsworthy, violinist Helen Ayres and cellist Tim Nankervis for this national tour of piano quartets celebrating the Trio’s formative years at the Australian National Academy of Music. The Trio has become one of Australia’s most acclaimed and admired chamber ensembles and they were joined by fellow ANAM alumnus Martin Alexander on viola . There was fabulous rapport between the four and great intensity in their playing.

Mozart’s Piano Quartet in G minor, KV 478 was first , introduced and put in context by Alexander.  Written at the height of Mozart’s success in Vienna in 1785 it is very technically demanding, and there are some possible similarities to Beethoven’s works. The work was full of finely nuanced and balanced shading and drama. END_OF_DOCUMENT_TOKEN_TO_BE_REPLACED 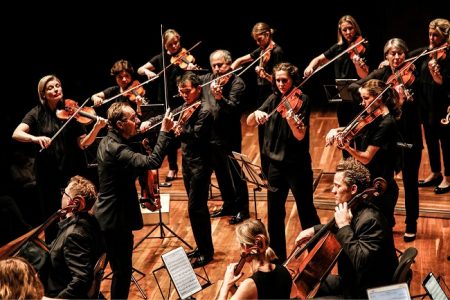 The first movement began stridently Valve on cello passionately , elegantly ‘singing’ then becoming fiery. lighter flowing sections were contrasted with scurrying orchestral swells .A duet between Tognetti and Valve was hovering lyrical and humming.  It was then Tognetti’s turn to ‘ sing’ on the violin in an eloquent , heartbroken fragile solo with the Orchestra dynamically accompanying. END_OF_DOCUMENT_TOKEN_TO_BE_REPLACED 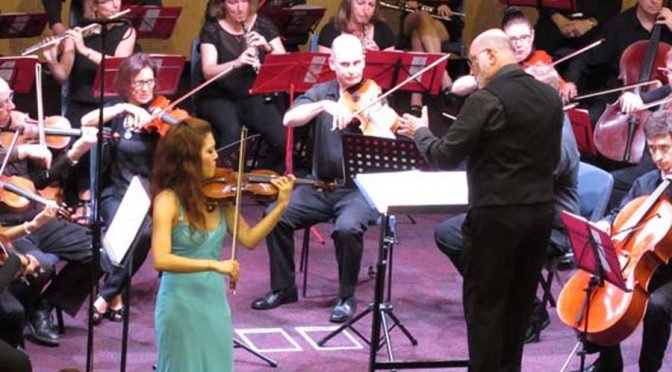 Throughout 2014, The Balmain Sinfonia has presented concerts featuring collaborations with fine soloists. Its programmes surround the collaborative work with landmark compositions of the orchestral genre. These works have been challenging and substantial and have exploited the orchestra’s ability to convey drama and capture shifts in mood or character.

This final concert for the year was no exception. A near–capacity crowd was assembled in the Macquarie Theatre at Macquarie University for the single performance of this programme on December 7. The large crowd can be said to have been due to the orchestra’s growing membership, its posting out of newsletters, a friendly in-concert rapport with fans and continued provision of a significant soloist playing a well-known work. END_OF_DOCUMENT_TOKEN_TO_BE_REPLACED