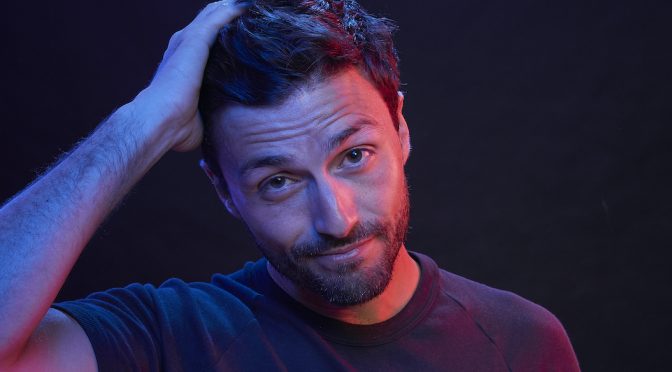 I spoke to an excited director Dino Dimitriadis who has just begun rehearsals for James Elazzi’s play LADY TABOULI.

Elazzi’s  play is a family comedy drama. This particular family is Lebanese : mother Dana, daughter Josephine and son Danny, together with Danny and Josephine’s uncle Mark have come  together for baby Charbel’s christening. Danny has agreed to be the baby’s godfather.

“It’s a fascinating play, It looks at how some people will do anything to uphold the traditions of their religion/culture. It makes them feel good and strong. Other people feel that the traditions hold them back and strive to break from them and make their own path in the world. It’s this clash that is at the heart of the play.”, Dimitriadis said.

“The playwright is Lebanese and he has written a very authentic story. Elazzi  knows his characters intimately and charts the intergenerational conflict well.

“There have been a lot of plays about the migrant experience. Most of them focus on the struggles of the new migrant, choosing to leave their old country behind them and starting out again in a new country with very little. Elazzi’s play looks at the next generation and how they are dealing with growing up with both the old and new cultures,.” Dimitriadis said

Dimitriadis has brought  together a good cast for the show. Antony Makhlouf is to play the lead character Danny. His sister Josphine will be played by Nisrine Amine. Deborah Galanos plays their domineering mother Dana. Mark, Danny and Josephine’s uncle is to be played by Johnny Nasser. 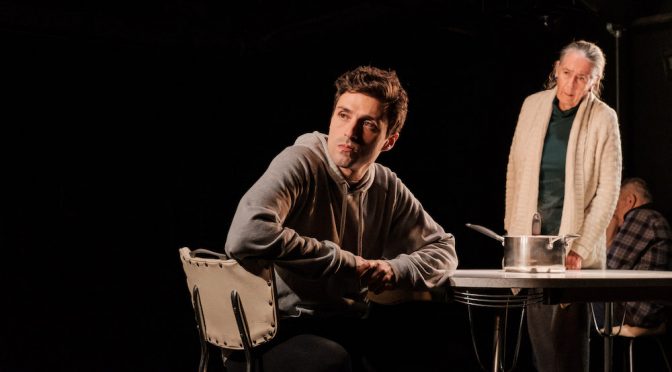 Omar is hard work, but Maggie is persistent..and tough.  She temporarily holds back her house keys from Omar, who is fond of swearing and far from respectful, and imposes a curfew on him.  Darren is not happy with his sister’s domestic arrangements and, although there is love between them, he keeps suggesting she move into a retirement home.  Of course she refuses and we find out later that Darren has other motives. END_OF_DOCUMENT_TOKEN_TO_BE_REPLACED

Premiering in 1991, ANGELS IN AMERICA by Tony Kushner is set in 1985 and hindsight is unkind to the America that was.  Is?  This production foregrounds current issues which still demand action and due attention paid.  Gay men might be on PrEP but infections are rising, Israel and Palestine remain flashpoints, Perestroika somehow gave us Putin and a Republican is again in the White House.  Plus, fridge fluorocarbons have less chlorine but denial is not slowing the warmth.  Having experienced the nearly 7 hours of this production, I can say that the themes are still relevant but more importantly, the storytelling is exciting, intimate and conceptualised to entertain and engage.  It’s an achievement all round. END_OF_DOCUMENT_TOKEN_TO_BE_REPLACED

There must be a temptation to use real product on the set of PERMISSION TO SPIN from Apocalypse Theatre Company in association with Red Line Productions.  This is a manic 65 minutes and whatever hurtles the three person cast through it must be illegal.  And I want some!

In a shiny yet nondescript office we meet Martin and Jim.  Jim is the agent for recording phenomenon, Cristobel, whose music is about to win Children’s Album of the Year.  The reason that Cristobel is going to win the aforesaid award is down to the spin skills of Martin who has made her character, Miss Polkadot a household (read happy meal figurine) name.  His methods are obvious.  He brings the menace down on poor, coked up, manic Jim.  Cristobel on the other hand has been mouseily manipulated by this harrying double act but is on the roar to becoming her own person.  Consuming will happen, bullying will occur and disorder will ensue.  END_OF_DOCUMENT_TOKEN_TO_BE_REPLACED

This exciting and absorbing production, written by Aanisa Vylet, who is also one of the actors, has been in development for 12 years. THE GIRL l has been previously staged and THE WOMAN, who is the girl’s mother, added as a companion piece helping fill out some of the background of the girl’s story. These stories are sometimes separate and sometimes weave and cross over. The play concentrates on the story of the girl played by Aanisa Vylet but the mother, played by Nisrine Amine, is integral to the success of the piece as they negotiate changing times and expectations. END_OF_DOCUMENT_TOKEN_TO_BE_REPLACED 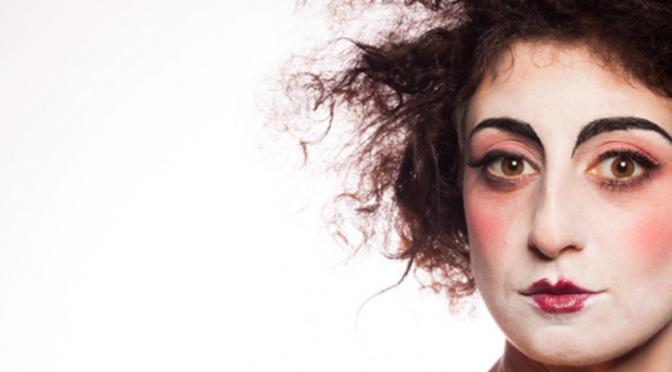 Twelve years in the making, wild and funny until it’s not, THE  GIRL/THE  WOMAN, is an exhilarating two-woman collision of body and mind, desire and tradition, language and visionary theatricality.

THE  GIRL/THE  WOMAN is playing at Riverside Theatres from Thursday 28th June and Sydney Arts Guide had a chance to interview the playwright, Aanisa Vylet ahead of the opening. 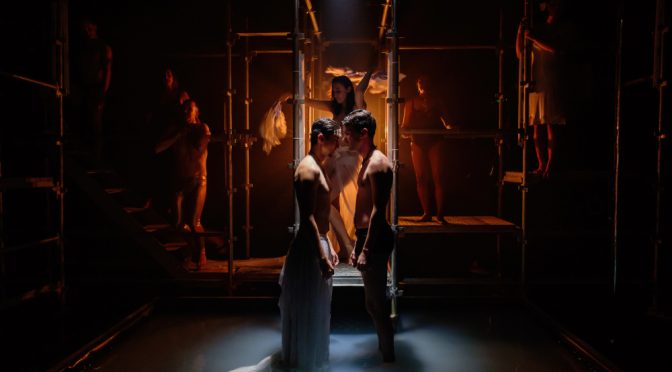 Grey hair and arthritic knees was a good excuse to take my time and gingerly make my way out of the theatre around the little bits of water which had escaped the set to the stage floor.   An excuse to eavesdrop longer on the heated discussion being engaged in by a few audience remainders.  They were not happy and the gist was pretty clear.  Not faithful to the text, not respectful of text, the text doesn’t need shock tactics and so forth.  METAMORPHOSES is guaranteed to divide viewers, unless the fact that it is almost sold out means they have found their audience already.  Me for one. END_OF_DOCUMENT_TOKEN_TO_BE_REPLACED 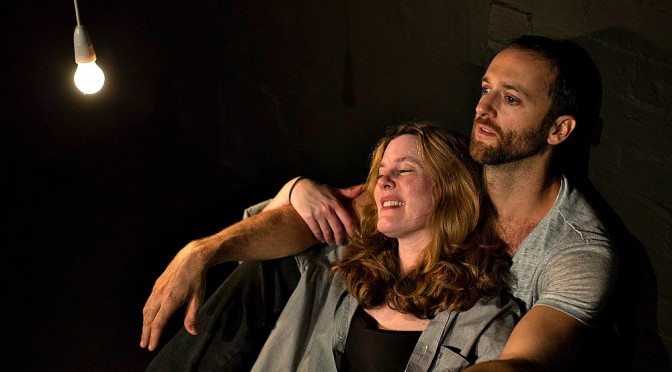 Onstage as we enter, in everyday clothes, they break down the ‘fourth wall ‘ and portray a creative couple struggling to come to terms with the loss of their small son, Tom, by frenziedly burying themselves in work.