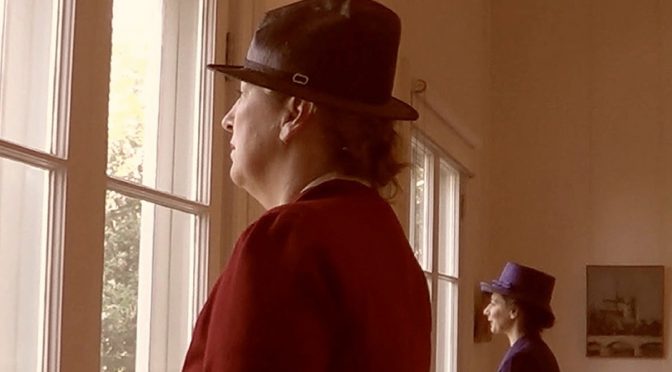 What happens behind the scenes at major points in world history? Are the men who are world leaders discussing sport and are their wives discussing catering? In Peta Tait’s play, ELEANOR AND MARY ALICE, we discover that these are some of the peripheral elements of world events 70 years ago. Eleanor Roosevelt and Mary Alice Evatt, respectively the wives of the President of the United States and of the Minister for External Affairs, met several times and this play presents one meeting in Sydney during World War II and a second meeting in Paris in 1948. They discuss modern art, writing, speech making, morale boosting, diplomacy, refugees and the burden of catering.

The 70th anniversary of the Universal Declaration of Human Rights is 10th December 2018. ELEANOR AND MARY ALICE celebrates and examines this significant occasion. Peta Tait’s play is both an intimate exploration of the relationship of these two fascinating women and a wider look at equality, refugees, the roles of women and world history.

Sarah McNeill plays Eleanor and nicely captures her as a privileged patrician. Petra Kalive has a complex character to portray and strikes a good balance as she explores Mary Alice’s artistic and painting background and her Australian homeliness and her role as a politician’s wife.

A highlight of the performance is the cello playing of Adi Sappir. The music supports the text and adds wonderful atmosphere and commentary to the drama. Adi’s singing is fascinating and adds to the evening’s sublime music. She sits on stage with her cello and the dramatic lighting makes a striking image.

Director Deborah Leiser-Moore draws excellent intimate performances from Sarah McNeill & Petra Kalive. She mostly has them right in the middle of the room between the two halves of the audience. The two halves of the audience are facing each other. We feel like we are listening in to private conversations. The disadvantage of this format is one has to twist around to see the images projected on a side wall. The projections are mostly of paintings being discussed and are partially obscured by the audience.