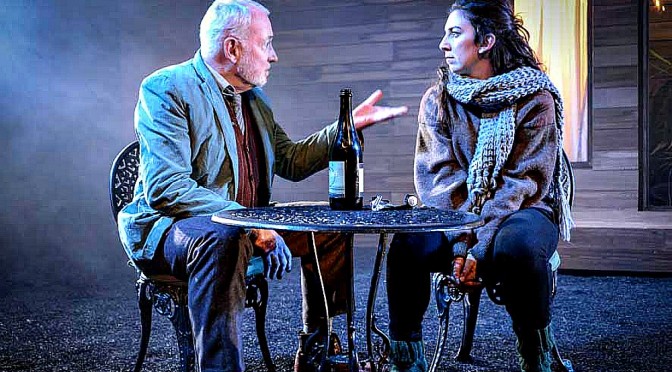 This is a marvellous play by David Auburn about courage, doubt, faith, love, and genius. The play has won a Pulitzer prize, the New York Drama Critics award and a Tony award. The current New Theatre production is directed by Derek Walker.

Catherine lived with her father for the last years of his life, as her father, once a famous Mathematician, slides into mental illness and death. She herself is a gifted mathematician who may have inherited at least some of his genius but seems have been wasting her time (and her own genius) away. Or has she?!

This is the central conundrum of the play, and the answer to it unfold steadily to a dramatic conclusion. END_OF_DOCUMENT_TOKEN_TO_BE_REPLACED 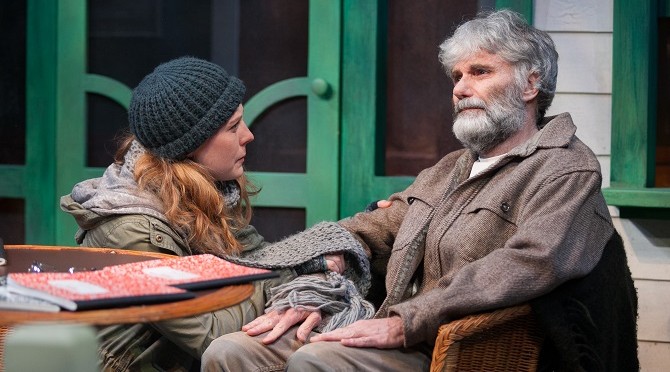 David Auburn’s PROOF takes us into a young woman’s world as she reaches a significant milestone in her life, turning a quarter of a century. Joining Catherine (Matilda Ridgway) in her birthday celebrations is her estranged stocks analyst sister, Claire (Catherine McGraffin), who travels from New York, Catherine is based in Chicago, and a new beau, Hal (Adriano Cappelletta). Absent is her irascible, brilliant Mathematic professor father, Robert (Michael Ross), who recently passed away after a long battle with mental illness.