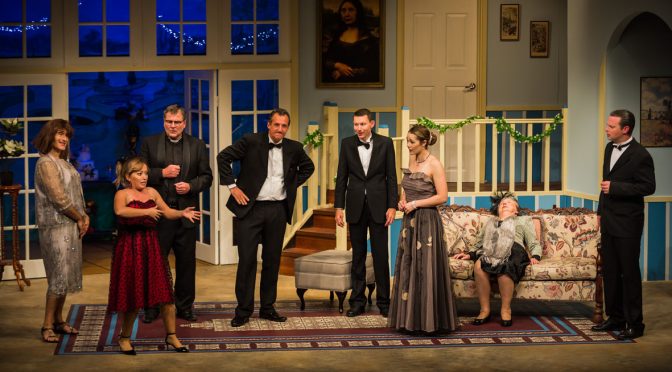 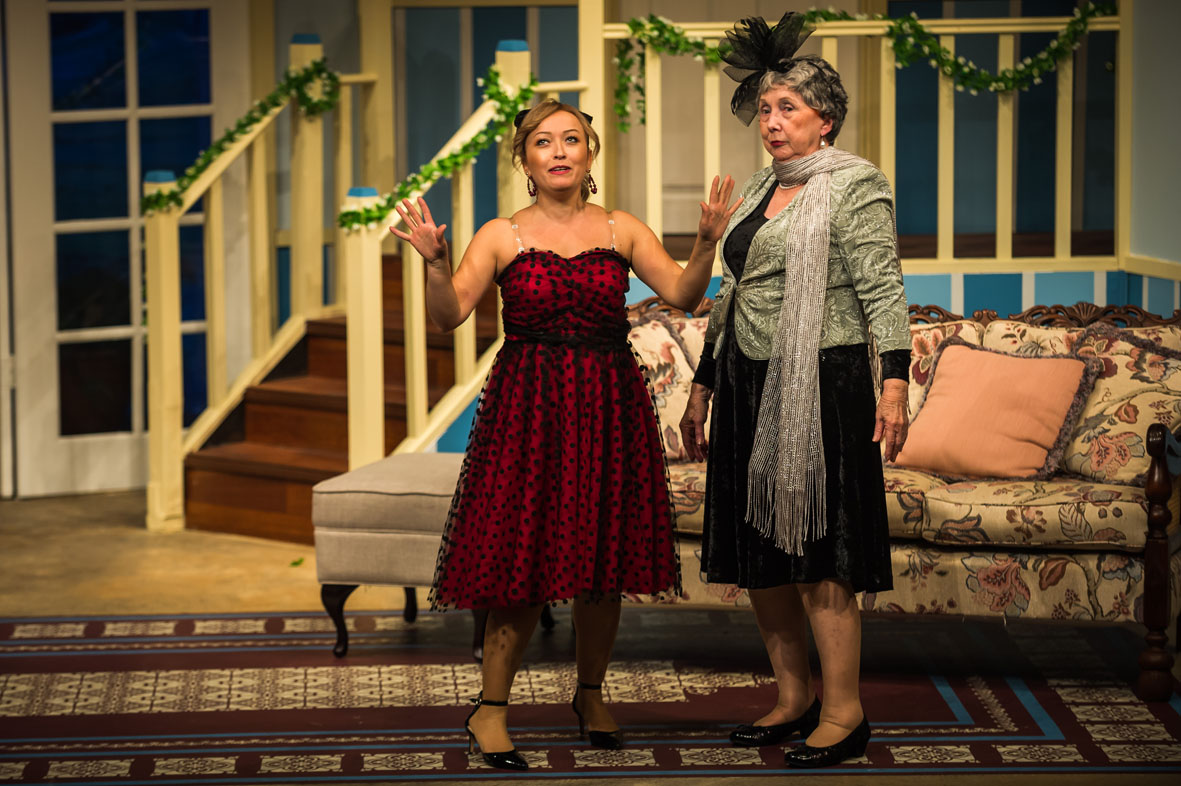 Let the fun begin and continue to the very end of this highly amusing farce written by American playwright Ken Ludwig. Set in York, Pennsylvania in 1962, the play centres on two down-on-their-luck British Shakespearean actors, Leo Clark and Jack Gable who, just when all seems lost have a ”good” idea. Of course complication after complication piles up as the audience wonders how they characters can possibly extricate themselves successfully.                           END_OF_DOCUMENT_TOKEN_TO_BE_REPLACED 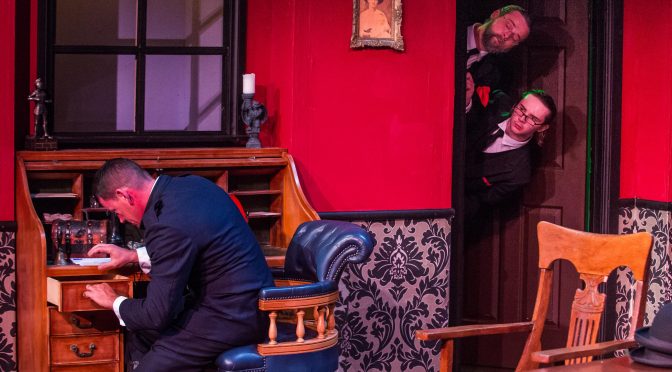 A classic “who-dunnit”, this murder mystery farce by Charles Dyer, is an excellent end to Castle Hill Players highly successful 2017 season. It is set in some unspecified time in the past in the recently deceased Mr Barraclough’s gloomy mansion on the day of his funeral. Amongst the stormy weather in this isolated spot a cast of suspicious characters are assembled for the reading of his will. Two solicitors, Mr Blundell, played by Ben Freeman and Mr Mickleby, played by Jono Burt arrive, but are initially mistaken as undertakers and so the laughter begins. Their spot on timing and clever slapstick routines continue throughout the play.