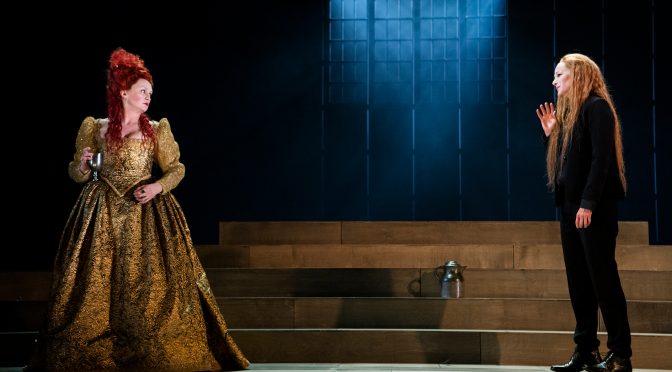 The play starts after Mary has been languishing in prison for some 19 years and has now been found guilty of treason. She is told that the Queen can now sign a warrant for her execution.   END_OF_DOCUMENT_TOKEN_TO_BE_REPLACED