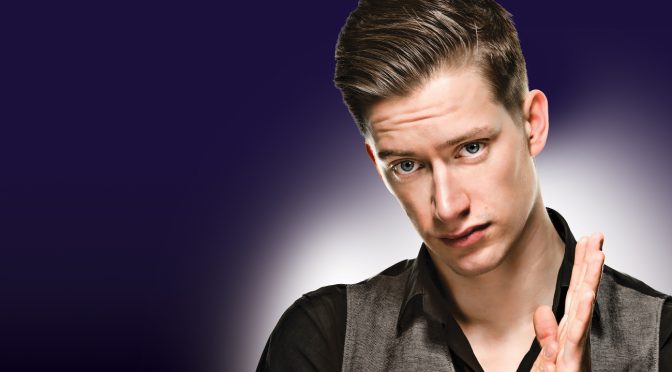 Scottish comedian Daniel Sloss is coming to Sydney in May to perform at this years’ Sydney Comedy Festival.

Sloss has built up quite a portfolio of work having sold out 9 consecutive Edinburgh Fringes and tours extensively throughout UK, Europe, Australasia and USA. His many TV appearances includes Sunday Night at the Palladium, Russell Howard’s Good News, and six appearances on Conan. In 2016 he  had an 80 date UK and Europe tour as well as making his New York debut with a successful season at the Soho playhouse, followed by a 3 month tour of Australia and New Zealand.

MZA Artists & Century Entertainment is bringing him back to present his show, SO?… what else is new…?! on Saturday 6th May at 9.30 pm at the Enmore Theatre.

Tickets are available to purchase online- For more about Daniel Sloss: SO?, visit http://www.sydneycomedyfest.com.au/single-event?show_id=1650
Find us on: YouTube | Facebook