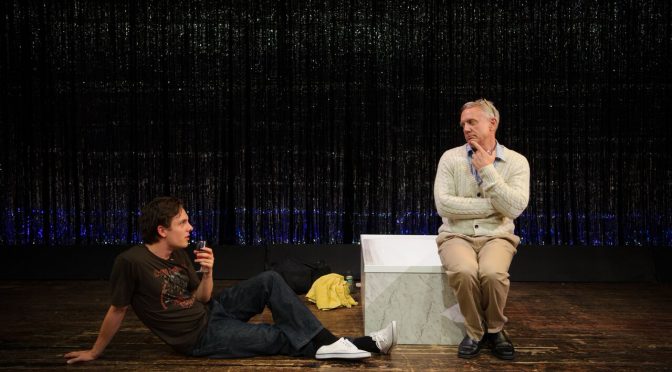 STRANGERS IN BETWEEN… two strangers.  Strangers who are pulled into the life of a newcomer to the perilous city, a young man named Shane. Shane is in between boy and man, in between straight and gay and in between genetic family and adoptive family.  He is the lost boy, the wide eyed innocent, the guiltless seeker and he will meet these two strangers  as he emerges blinking to a new life.  This production, playing at the Seymour Centre as part of Mardi Gras, tells a story.  A human story, riddled with the laughter and with the fears.  The story for us of those who embrace us. END_OF_DOCUMENT_TOKEN_TO_BE_REPLACED