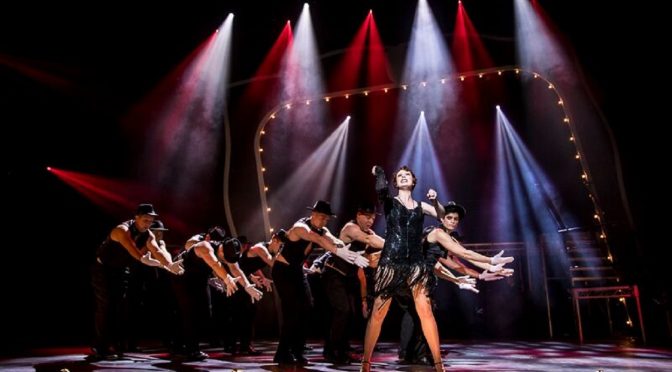 The show is a bleak, cynical, world weary look at life murder and corruption in Chicago of the 1920’s and includes audience favourites like All That Jazz and Razzle Dazzle. END_OF_DOCUMENT_TOKEN_TO_BE_REPLACED 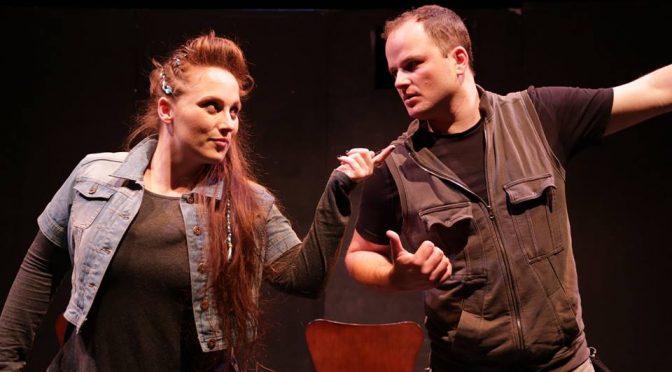 A two of us against the world attitude pervades the world of Pig and Runt, the seventeen year old inseparable couple in Enda Walsh’s play Disco Pigs.

The play starts with their mothers in simultaneous labour and exaggerated detail about hospital trolleys racing through wards, pushing, screaming and heads emerging. Through this chaos the infants eventually lock eyes on each other and so starts their journey through life together, closer than brother and sister. They grow up in the rough part of Cork, Ireland, sharing birthdays, nicknames, a secret language and outlook. END_OF_DOCUMENT_TOKEN_TO_BE_REPLACED 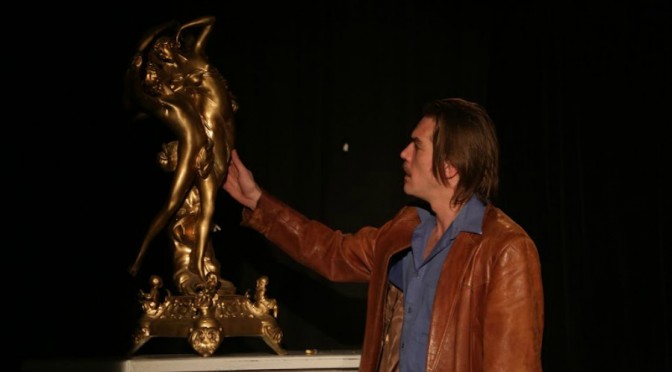 Throwing Shade Theatre’s NO EXIT is good work. Written by Jean-Paul Sartre and famous for the line, “Hell is other people”, it’s a modern theatre classic which demands respect in the production. Yet, as written, it doesn’t quite stand on its own to a general public audience. The delicate balance is well achieved in this production which has a rich period feel with depth enough for an aficionado yet enough contemporary and narrative expression for an audience new to the work.

A nice room. A period room. Rich with velvets, a mantle and even a bronze. Into the room comes a butler with Joseph Garcin and from their initial dialogue, it becomes apparent that this is Hell. As the butler leaves, the newly deceased Garcin is entombed here. Where then is the torturer and his instruments of trade? When Inez arrives, she too wonders the same. The final of this ménage a trois is Estelle who arrives before her vision of the world fades and is able to see that no one is crying at her funeral.

Sartre is synonymous with Existentialism, a philosophy which considers each person capable of determining their own life through acts of will. What happens, then, when these 3 are overseen and choices for action are limited? Considered to be a reflection of Sartre’s ideas about oversight of Parisians by the Germans and his expounding of philosophy by stealth through stories, NO EXIT still has much to give a modern audience.

But … some of the ideas don’t work anymore. Hell is difficult enough to accept without assuming Sapphistry, cowardice or adultery would be condemned eternally. There are some other sins in NO EXIT which deserve their place though. In making the play more accessible without perverting the text as written, Throwing Shade have begun by ignoring the stage instruction that the butler (Jeff Hampson) has no eyelids. The viewing aspect is successfully covered in the Estelle’s search for a reflective surface. The well-appointed set is Victorian rather than French Second Empire and the costuming blends then and now. The accents chosen work well with the characters (Nick Curnow – dialogue consultant) and serve to support the period elements.

With an French upperclass accent, Courtney Powell as Estelle is light and fluffy, prideful of her appearance and expresses well Estelle’s need for reinforcement of what she is by how she looks. In her peacock green period costume, the established character carries nicely through the revelations and her lack of shame about what she has done.

Costumed in a period-indeterminate black block, Darcie Irwin-Simpson portrays Ines with little light and shade. The character has a hardness which doesn’t crack, yet some of the brittleness inside filters through. This is especially so in her responsive and reactions when observing the other two. She also has a clipped delivery which suits Ines well; some ideas require a full stop. Though I would have appreciated a bit more exploration of class in her accent. The working class unkempt Valet (Jeff Hampson) was an usual directorial choice but theme might have been developed further.

Harley Connor as Garcin reflected the facade that cowards can show until caught out. In a costume which gives some sense of modernity, he uses his lengthened speech to show the duplicity and lies behind his words. As the first of the three condemned, he takes control of the room and this makes his cowardly choice not to leave more understandable. The breakdown when it appears is well foreshadowed in the early character choices.

The blocking is tight in the tight space and the enveloping claustrophobia is skilfully manipulated by using the downstage area mostly. Director, Andrew Langcake also allows time for the 3 characters to just sit and think out loud as if sharing with the audience in some dark corner of a sherry sipping effete hostelry. At other times, especially early on, they successfully move around each other enlarging the acting area with their travels. Langcake keeps his cast on track for most of the longer sections but towards the end the energy does sag and there is somewhat of a soundwall effect. But as the climax is reached the audience appeared to engage once more.

On balance the production manages to put Sartre’s themes on show by allowing the text to speak for itself yet allowing intelligent design to guide the considerations and contemplations of a contemporary audience.

NO EXIT played a short season at The Factory, Marrickville and closes tonight. 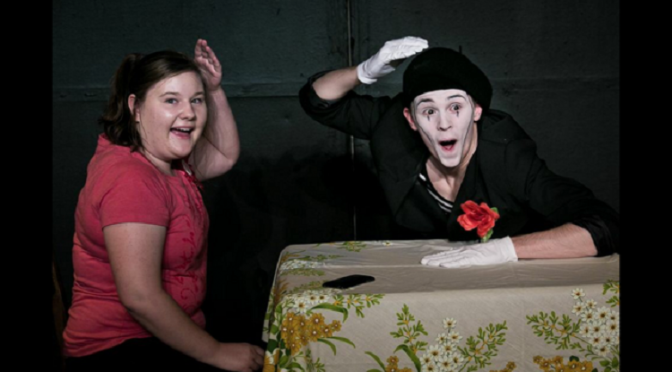 The second week of Short and Sweet Week 2 Theatre Top 80 featured some interesting scenarios created by playwrights of the short form along with a consistently good quality of acting through the night.

The strongest drama of the night was Luther Canute, Max Moran and Ed Capel’s THE GAME, directed by Phil Cunich, which featured a poignant take on mateship with the setting being  three young men trapped in a combat zone dreaming of being back home playing their beloved Aussie Rules.