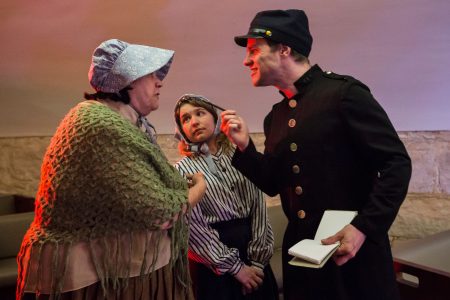 A POISON CROWN by GINA SCHIEN is one of the plays in a season titled DEADHOUSE, TALES OF SYDNEY MORGUE showing in the hauntingly atmospheric Crypt underneath St James’ Church. The story is intriguing, the issues are thoughtfully presented, the location is wonderful and the array of diverse characters makes for some excellent entertainment.

A POISON CROWN is the tale of the trial in 1888 of Louisa Collins for the murder of her husband. To be precise it is the tale of the four trials in 1888 of Louisa Collins for the murder of her two husbands.  Louisa was the last woman hanged in NSW after an all-male jury found her guilty of poisoning both men. The case caused outrage and conflict. On one hand it was seen as inappropriate to hang a woman, especially one found guilty by all-male jury in a jurisdiction where women did not have the vote. Not being able to vote for politicians that advocated the abolition of the death penalty was further point of outrage. An alternative position was taken by politicians taking a strong law and order approach. Who would think that 130 years ago conservative politicians claimed that they would use the full force of the law against these terrible criminals? It seems little has changed.

The Crypt underneath St James’ Church is a perfect venue for A POISON CROWN. The low ceilings, the vaulted tunnels, exposed sandstone and the side rooms are fascinating in themselves and this is further enhanced by the clever use of lighting, stunning costumes and props. Rather than change the scenery on stage the audience is taken to various parts of the crypt. This adds to the authenticity of the experience and makes the audience feel involved and watching the actual events, such as the trial, the police investigation and debates in parliament.

Performances from the large cast performing various roles are very good. Kyla Ward as the narrator, Jacqui Robson as the anguished Louisa Collins and Chris Miller as the deteriorating defence lawyer are very impressive. 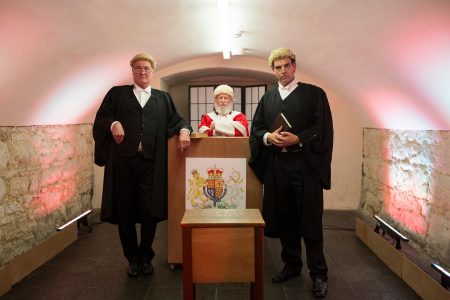 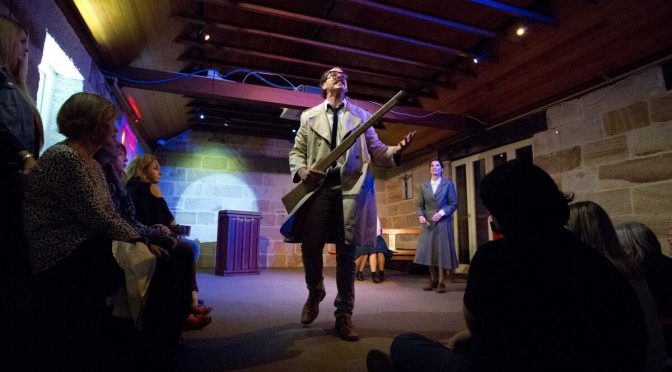 Despite the convict surroundings, this is a tale that comes close to our own time.  For the older audience, it has echoes of a youth and for the younger, it resonates deeply with the current climate around sexual politics.  It’s physically close too.  In a contained space, women, young women, are at touching distance and they are in danger.  Many words have been written about what makes true crime so popular.  Whilst there is no gore or bloodletting here, participants must accept the normally unacceptable.  Women in danger confronts. END_OF_DOCUMENT_TOKEN_TO_BE_REPLACED 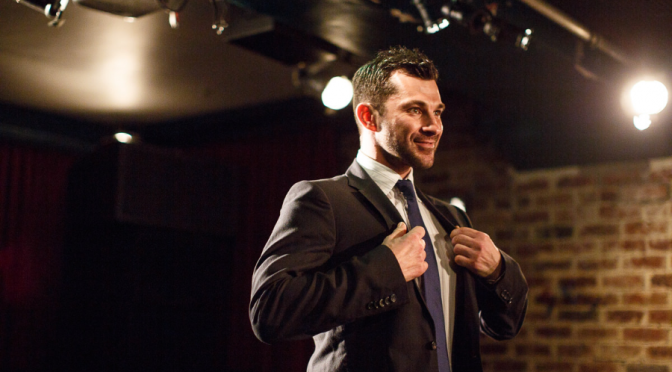 Rising star gloveman or keeper, Royce is about to be interviewed for the paper about his win and his sister Edith and old teammate Col are on hand to support him. His interview gets out of hand and the paper prints a story with a whiff of “suspicious score lines and betting”. As things snowball, Clive, that first recipient of the award, is keen to keep his credibility and scorecard in the face of this young pup. Nothing will be helped by the arrival of HUGH a manipulative match fixer who has few morals and a devious agenda. END_OF_DOCUMENT_TOKEN_TO_BE_REPLACED 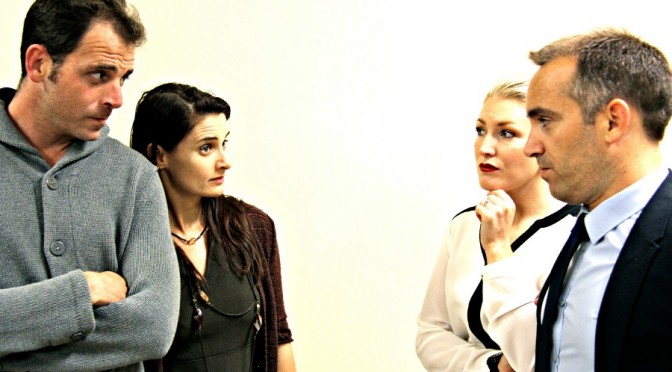 In  her most well known play ART (1994) a professional man in his thirties has bought a hugely expensive painting, an abstract work of art, that he hangs oin the main wall in his living room. He invites his two best friends, also professional men, over for a catch up and to get their opinion of this latest acquisition. His two friends are aghast. They can’t believe their best mate has spent so much money in what they see as a vacuous, indulgent artwork. And so begins a play that has ripples of meaning going everywhere. The play ends up being very little about art and a lot about friendships and their very fragile nature. END_OF_DOCUMENT_TOKEN_TO_BE_REPLACED 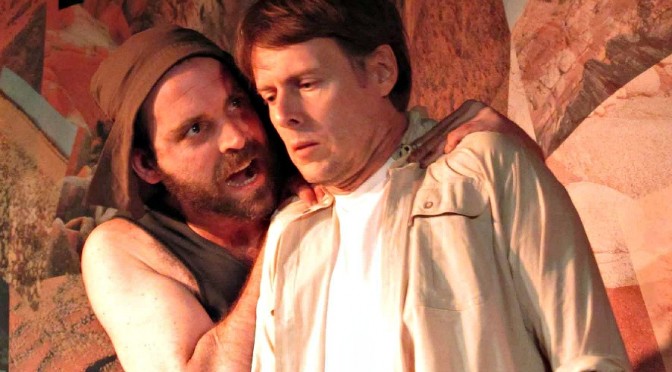 OUT OF FEAR is the first full length play by Dominic Witcop and explores the motivations and circumstances leading to violent and tragic acts of vengeance.

The play throws love, divorce and isolation into the spotlight as what seemingly could have been a simple divorce and separation has violent ends. It is a psychological exposition of a man trapped by his own guilt and delusion. END_OF_DOCUMENT_TOKEN_TO_BE_REPLACED