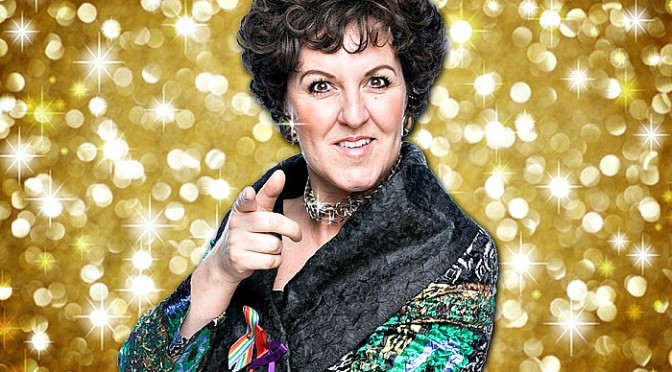 Volunteers are very much the backbone of our society. Almost everyone I know does something in their precious spare time. Human nature knows a good cause when we feel it. Last night we theatricals, theatre lovers or music lovers put our hand in our pocket for a cause we knew well. The bonus was a wonderful night of live music, talented artists, belly laughs and tender moments at HATS OFF TO THE HITS!, part of this year’s Mardi Gras Festival.

Blackout to begin. The tension rising. Our anticipation tingling. And then Boom. The ‘Queen’ medley from ROCK OF AGES. The urge to dance was assailing, and everyone in my row was tapping something. This intro song set the scene for the night. Queen was followed by a mash-up of It’s Raining Men (huge applause) and I will Survive (bigger applause) before the hosts hit the stage.

The redoubtable Jan Van De Stool and the long suffering Garry Scale had their backs to us when we first saw them. After a quirky discussion about whether the stage revolve had actually been installed, they turned to greet us.

The greeting that came out of Jan Van Der Stool’s tastefully made-up lips was so obscene and hilarious that my friends and I were still nudging each other and laughing through the whole first act. It is unrepeatable not just because I don’t want to infringe her copyright of the phrase but because all your firewalls would come screaming up! Suffice to say that you can say ‘Macbeth’ in this theatre for the rest of its life and never need to reverse the curse.

The hosts never let up with a repartee that featured clever writing and perfectly timed delivery. Not just funny but gracious, knowing and wise. They guided us through an enormous variety of over 90 performers and musicians. As well as plenty of singing and dancing there were some great skits including a hilarious Rose and Gina spoof.

There was something for everyone. My boyfriends loved Mathew Mitcham’s reverse strip from his diving togs to a suit while singing. My girlfriends loved the brilliant Girls on Tap. I loved Mark Trevorrow and Dawn Service and Paulini. My friend next to me loved iOta and Andrew Bukenya’s ‘Boogie Shoes’ . The woman in front of me clearly adored the Whitney Houston medley. And so on. If I had room I would name everyone!

Really, the night was so slick, professional and so well directed that it might have been impossible to find a unifying highlight. However, these are performers of skill and a director this good knows where to find the place of quietude. A night of celebration could be tastefully tilted towards upbeat music but not last night!

Let it Be just before interval featured 12 year old Ruhi Lavaki , the Choir of the Café at the Gate of Salvation, and Queenie Van De Zandt at her best. The performance was breathlessly beautiful. Mixed with a slight echo and lit simply, it soared to enrich the spirit and inspired the audience to give it a standing ovation.

Since 1997, Oz Showbiz Cares/Equity Fight Aids Inc. (OSC/EFA) has raised nearly a million dollars for critically needed services for people with AIDS, HIV and HIV-related illnesses and HATS OFF! is now an institution every year at Mardi Gras. Artists, technicians, crew, front of house and raffle sellers volunteer. Their Facebook page says they made nearly $ 45,000 last night. Congratulations and HATS OFF to all concerned.

This one night only fundraiser played the York Theatre at the Seymour Centre on Monday evening, 23rd February.