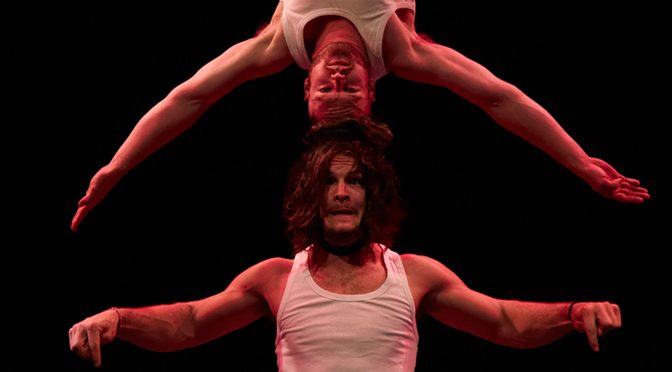 I went to the circus last night, set up in the tiny space that is the  Reginald theatre at the Seymour Centre. This was by way of a show called ELIXIR put on by Head First Acrobats and presented as part of this years’ Sydney Fringe Festival program.

ELIXIR proved to be a bit of knockabout fun. Just a note to begin with. With its colourful blend of risque humour that runs through the show, ELIXIR does not come under the ambit of a family show, and is not suitable for young kids. Three very enthusiastic performers- Callan Harris, Thomas Gorham and Rowan Thomas– took over the small Reginald stage with their very impressive acrobatic skills, honed from years of training.
END_OF_DOCUMENT_TOKEN_TO_BE_REPLACED