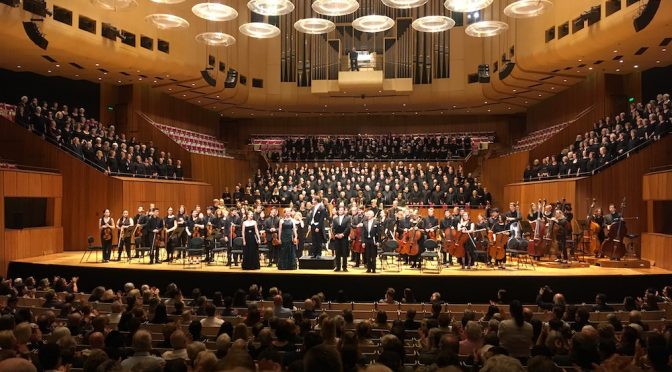 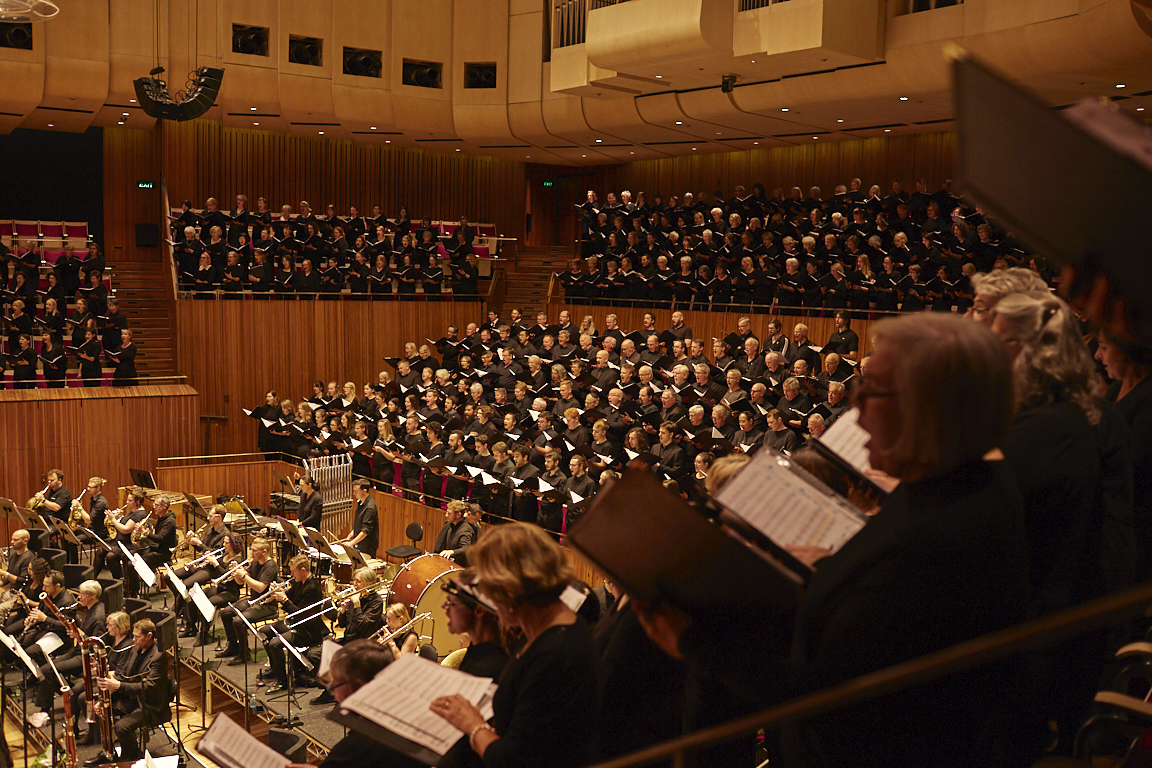 The work was a huge success, not surprisingly, as he had already become a celebrity in the UK with a huge following of fans just waiting to see what he would come up with next. Despite this initial success, Dvorák’s Requiem did not gain the long term following of those of Verdi and Mozart but, when it is performed, it is very well received as it was tonight. END_OF_DOCUMENT_TOKEN_TO_BE_REPLACED 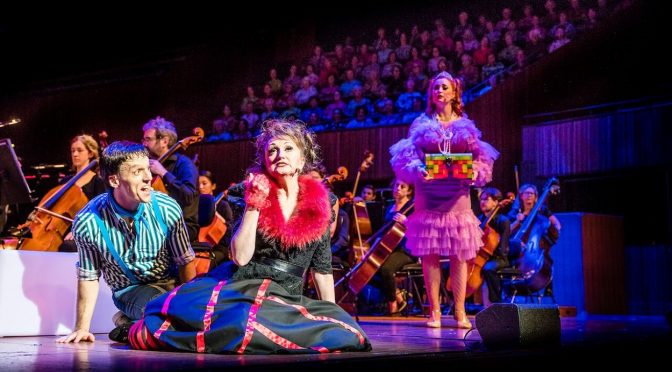 This is a magnificent semi-staged production combing the forces of around 450 choristers of the Sydney Philharmonia Choirs, performers from Sydney’s Pacific Opera , 80 musicians from the Sydney Youth Orchestra and glittering stars from Opera Australia and musicals.It was directed by Mitchell Butel with a sure touch and with excellent phrasing ,timing and a wonderful comic touch .

Rarely performed ,the comic operetta originally premiered in 1956 and is adapted from a novella of the same name written by the Enlightenment-era philosopher Voltaire. It satirizes the predominant attitudes of Voltaire’s era , particularly those of the church and of monarchism , as well as class divisions and academe , has chocolate soldiers and question the meaning and purpose of life.

The plot is perhaps tangled and overly rambling , possibly a little weak in construction but is still very relevant to day and the score itself is infectiously enchanting and ranges in style from tango, Broadway , Gilbert and Sullivan to high opera. Musical director and conductor Brett Weymark energetically and enthusiastically led the Orchestra and HUGE choir superbly – musically and vocally this was a stunning performance . END_OF_DOCUMENT_TOKEN_TO_BE_REPLACED

The Sydney Philharmonia Choirs upcoming concert will feature the presentation of  one of the great 18th Century choral masterworks, Joseph Haydn’s visionary life-affirming masterpiece, THE CREATION.

Offered for one performance only, in one of the most grand performance venues in the country, THE CREATION will  features two of Australia’s finest soloists – multi-award winning soprano Taryn Fiebig, and acclaimed young counter-tenor Nicholas Jones, joined by more than 350 singers from Sydney Philharmonia’s acclaimed Festival Chorus and players from Sydney’s renowned TMO, The Metropolitan Orchestra.

First performed in 1798, THE CREATION was an overnight success and remains to this day, a favourite amongst audiences worldwide. An epic work of sublime imagination and power, Haydn’s inspired oratorio evokes the creation of the universe with grace and grandeur.                     END_OF_DOCUMENT_TOKEN_TO_BE_REPLACED 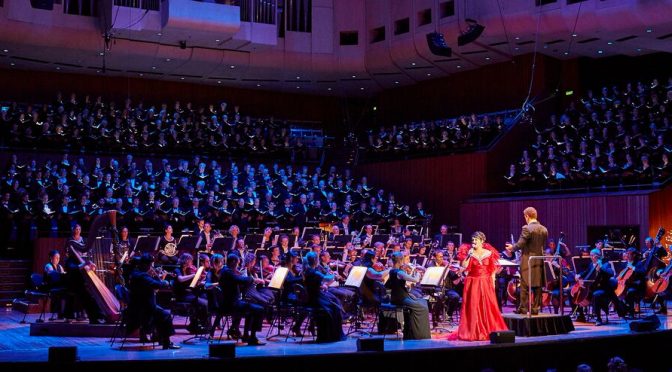 Sydney Philharmonia Choirs has this morning announced its 2018 Season comprising seven stunning productions, from the cornerstones of classical music to the best of Australian and international contemporary, and a centenary production of Bernstein’s Broadway hit, Candide.

At the heart of the program are three of the great 18th Century choral masterworks, which showcase the drive and ambition behind Australia’s leading choral performance company. These tour-de-force presentations bring their exemplary choristers together with leading Australian soloists and instrumentalists, on Sydney’s premier concert stages, conducted by Brett Weymark.

Composed over the course of 16 years at the pinnacle of his career, JS Bach’s Mass in B Minor is recognised as one of his greatest choral works. Weaving moments of overwhelming majesty with intimate solo arias, the Mass has been likened to a “cathedral in sound”, conveying every aspect of the genius that gives his music its timeless power.

For this epic production, presented on the Concert Hall stage at Sydney Opera House on Easter Saturday, the Choirs are joined by some of Australia’s most accomplished early music specialists, with the magnificent sound of the Sydney Philharmonia Orchestra.

Joseph Haydn’s visionary masterpiece The Creation depicts the creation of the universe in music of sublime imagination and power, resplendent with classical optimism, grace and grandeur. Released simultaneously in both English and German in 1798, it was an overnight success and has remained a much-anticipated highlight of choral seasons ever since. Performed in the ornate splendour of Sydney Town Hall, The Creation brings the Choirs together with leading soloists led by award-winning soprano Taryn Fiebig, and for the first time, The Metropolitan Orchestra.

One of Handel’s most grand and gripping dramas, and the first of his great oratorios, Saul is a powerful exploration of love, loyalty and power, inspired by the relationship between Saul, first king of the Israelites, and his successor, David. Adapted from the Old Testament Book of Samuel, this is music of rare beauty and intensity, showcasing Handel’s instinct for vivid characterisation and profound psychological insights.

For Sydney Philharmonia Choirs Music Director, Brett Weymark, the highlight of the coming year’s program is the company’s production of Candide, presented in celebration of the centenary of one of the 20th Century’s most acclaimed and influential composers, Leonard Bernstein. Directed by Australian theatre powerhouse Mitchell Butel, with a stellar cast including Alexander Lewis in the title role, Bernstein’s Candide takes audiences on a wickedly tuneful romp through Voltaire’s classic, from its rollicking overture, through affectionate parodies of opera, Gilbert and Sullivan, tango and Broadway glitz. Candide is presented in collaboration with the acclaimed Pacific Opera and Sydney Youth Orchestra and conducted by Brett Weymark.

Presented for the first time in Sydney, Joby Talbot’s acclaimed contemporary masterpiece, Path of Miracles follows the great pilgrim trail of Camino de Santiago, drawing on the words of English poet Robert Dickinson to take audiences on an acapella journey to the edge of the known world. Composed for the virtuosic British choir, Tenebrae, the work premiered in London in July 2005, in the weeks following the city’s bombing, and became a healing balm for a shattered Sydney.

In 2018, Sydney Philharmonia’s young adult choir, VOX, renowned for their stunning acapella performances, will present one major production, reflecting their focus on modern music and a preference for short compositions that go together to form a whole program, over the longer form classics. Voyage of Voices is a collaboration with Estonia’s acclaimed E Stuudio Youth Choir, whose dynamic brand of contemporary acapella has already seen them perform at Carnegie Hall. This stunning international showcase sees each of the two choirs present contemporary works from their homelands. The VOX program be will conducted by Elizabeth Scott, E Stuudio by Külli Lokko.

It’s a Sydney Philharmonia Choirs tradition to end the year with a Christmas extravaganza, and this year is no exception with Carols at the House. It’s impossible to resist the magic of Christmas as the 500 voices of the combined Sydney Philharmonia Choirs and Orchestra and special guests including acclaimed Australian opera star Teddy Tahu Rhodes light up the stage with your favourite Christmas carols, seasonal treats from stage and screen, and much more. This is a uniquely elegant Christmas celebration, on a symphonic scale, with a few surprises in the form of story-telling, sublime silliness and, of course, audience participation. Conductor Brett Weymark .

Rich and sumptuous, at times rather heavy and possibly overwhelming this marvelous concert combined the glorious forces of the Sydney Philharmonia Choirs and the Sydney Youth Orchestra.

The conductor Brett Weymark was in energetic, enthusiastic form. The Orchestra was in great shape and performed with a glowing tone, finely nuanced and handling the various musical styles very well. Both the Orchestra and Choir were meticulously rehearsed and under Weymark’s direction caught the light and shade of the music from fragile, crystalline brilliance to thunderous, tumultuous pounding waves.

Audiences get a real kick out of the Sydney Philharmonia when the Company extends out of its classical repertoire and takes on some of the greats of popular music, such as was their current production, A CELEBRATION OF COLE PORTER.

Porter was one of the great songwriters of the Twentieth Century, up there with Irving Berlin, Burt Bacharach, Paul Simon, and Lennon and McCartney. He was also an interesting, complex character. This came out in Irvin Winkler’s impressive 1004 bio-pic, DE-LOVELY, with Kevin Kline playing the great, party going composer. Well worth a look.

Back to the show…The Sydney Philharmonia Festival Orchestra, conducted by Brett Weymark was in fine form, and was backed on both sides, and from behind, by the hundreds strong singers from the Philharmonia’s always impressive choir.

Rob Mallet, Kerrie Anne Greenland, Caleb Vines and Julia Lea Goodwin, recent graduates from established schools, either WAAPA or the Con, were in sparkling and playful form, as the concert’s four soloists.

All the favourite songs from Porter’s large songbook were performed including I GET A KICK OUT OF YOU, BEGIN THE BEGUINE, NIGHT AND DAY, BLOW GABRIEL BLOW, ANYTHING GOES,

This was a swell night of Cole Porter standards. A CELEBRATION OF COLE PORTER played the Concert Hall, Sydney Opera House on Thursday September 19 and Saturday September 21, 2013.