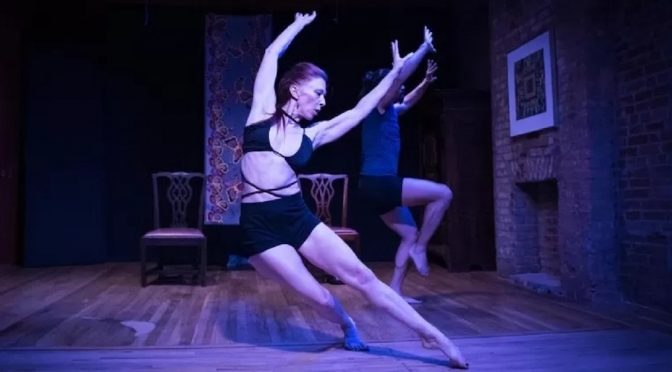 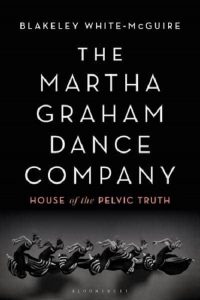 “I did not choose to become a dancer, I was chosen, and with that you live all your life” Martha Graham

This is a relatively medium sized book, rather small perhaps, written in a dense but erudite style, crammed full of fascinating information for dance practitioners and scholars, written by Martha Graham Company dancer and teacher Blakeley White-McGuire.It is divided into four sections , combining to make nineteen chapters , with an introduction and postscript .

At the back we find a bibliography, notes, index and list of illustrations. White-McGuire writes from personal experience, having lived and studied Graham technique for twenty six years as a performer and administrator, and there is quite a collection of interviews with past and present Graham followers (and Walter Terry).Now legendary Martha Graham ( 189 – 1991) is regarded as a major figure in the dance world .She stopped performing in 1967 but created thirty two more works until she was 96.

Graham’s technique and philosophies are discussed (pulses , bouncing ,contraction and release , deep stretch , pretzel, pleading ,falls , tilt , use of the breath etc are discussed and yes the use of the pelvis . Her philosophies also include working the body from the inside out and having the courage to be vulnerable.We learn of the history of the company , from the 1930’s and Graham’s involvement with the Denishawn company through to now. Most of Graham’s major works re discussed (eg Errand into the Maze, Lamentation, Night Journey , Cave of the Heart , Appalachian Spring etc to name just a few ) .Her work with various collaborators is also discussed ( her husband Eric Hawkins and the artist Noguchi for example but also composers such as Samuel Barber and Aaron Copeland ) . Her works drew on numerous subjects, often featuring strong women, and included Greek mythology, religious ceremonies of native Americans, the American frontier and modern painting.

Animated discussion is made about observing how,especially in the early years ,Graham’s work was centred around the female physicality and body (the house of pelvic truth) but then also how men are included (and now not only gay but gender fluid dancers ) .

Graham’s influence is felt around the world – mention is made of Paul Taylor, Merce Cunningham , Twyla Tharp , Ohad Naharin , Batsheva ,Cloudgate , Mexico , Robert Cohan and The Place in London to name just a few.The preservation of Graham’s works , the archives ,the school and her legacy is discussed.

As White -McGuire says Graham’s dance was about the body itself, discovery and art.

A fascinating book for those interested in a primal artistic force of the 20th Century since 1926 in the contemporary/modern dance form, which still continues today .

“The dance is a fever chart of the heart telling the weather of one’s soul to those who can read it.”

“The dancer does what the body is capable of doing, they become in some arena an athlete of God.”