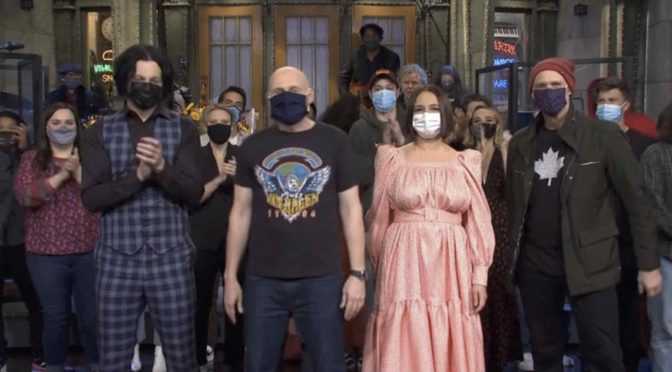 FOXTEL AUSTRALIA FOX8. For the last forty-six years SATURDAY NIGHT LIVE has been presented on the USA free to air network NBC (National Broadcasting Company). NBC is a commercial broadcast television and radio network owned by Comcast. Every weekly episode has a running time of ninety minutes, including advertising/commercials. Each week, this equals approximately 68 minutes of SATURDAY NIGHT LIVE, plus the necessary 22 minutes of advertising/commercials.       END_OF_DOCUMENT_TOKEN_TO_BE_REPLACED 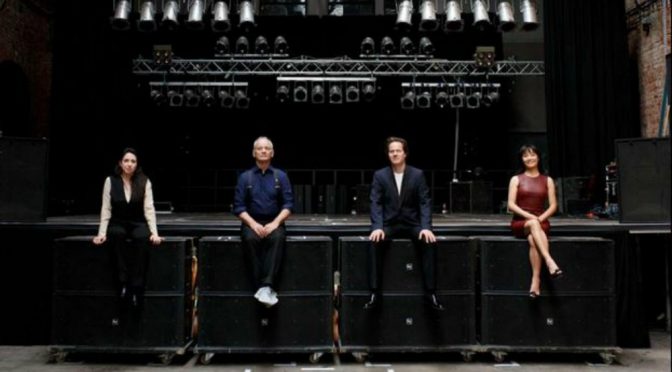 Bill Murray opened his Sydney Opera House show by reading from the last interview Ernest Hemingway granted. “Hemingway: I used to play cello. My mother kept me out of school a whole year to study music and counterpoint. She thought I had ability, but I was absolutely without talent.”

Murray could well be warning us that he is without talent as a singer but that he believes in himself, or perhaps his mother believed in him, and he enjoys singing, and his acting skills allow him to convey the story and emotions of the songs he chooses. He is accompanied by an exquisite world class, classical trio which would be a joy to listen to on their own but they are absolutely enthralling as they blend with Murray’s performance.  The trio is made up of cellist Jan Vogler, violinist Mira Wang and pianist Vanessa Perez. They have performed as soloists for world renowned orchestras, including The New York Philharmonic, Sächsische Staatskapelle Dresden and the Chicago Symphony Orchestra.

Bill Murray recites, reads, sings, and dances his way through a variety of works. After opening with George Plimpton’s interview from The Paris Review with Ernest Hemingway he read an excerpt from Walt Whitman’s Song of the Open Road: “Let us go! whoever you are come travel with me! Travelling with me you find what never tires.” This was followed by nature lover James Fenimore Cooper’s The Deerslayer, fittingly coupled with the music of another nature lover, Franz Schubert. END_OF_DOCUMENT_TOKEN_TO_BE_REPLACED 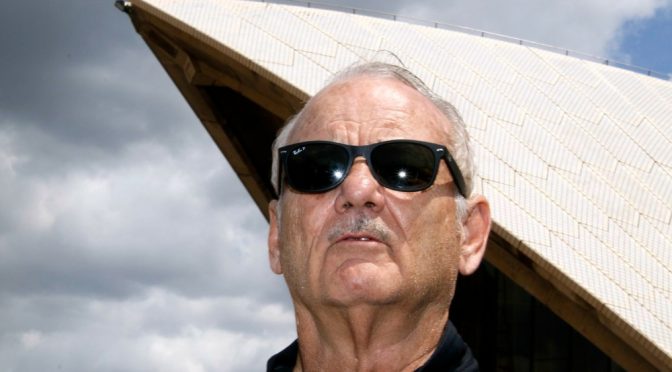 Bill Murray and Jan Vogler were both in a relaxed, jovial mood at their media call this morning ahead of their performance tonight and tomorrow night at the Concert Hall of the Sydney Opera House.

Bill Murray is, of-course, a well known entity. A little bit about Jan Vogler. Vogler’s distinguished career has pushed the boundaries of classical music. He has performed with many of America’s greatest orchestras including the New York Philharmonic, Chicago Symphony Orchestra, Boston Symphony Orchestra and was the youngest player in history to hold the position of principal cello in the history of the Staatskapelle Dresden.

The show owe its existence to a chance meeting in an airport security line. Murray and Vogler bonded over the unwieldy size of Vogler’s cello and a mutual love of the American greats. The ensemble also features Vogler’s wife, renowned Chinese-American violinist Mira Wang, and Venezuelan-American pianist Vanessa Perez accompanying Murray, as singer and narrator, and Vogler on cello. END_OF_DOCUMENT_TOKEN_TO_BE_REPLACED 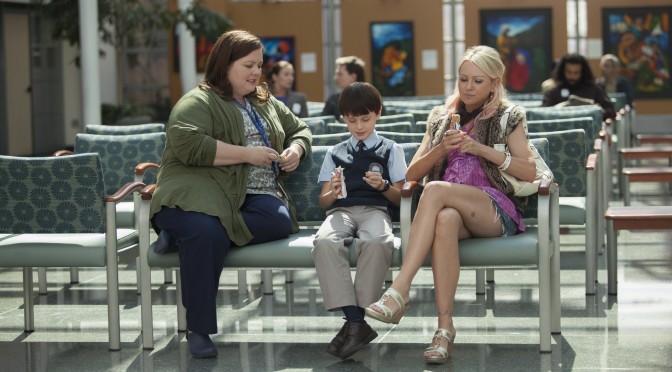 It’s not rocket surgery is just one of the delightful malapropisms dropped by Daka, the pregnant prostitute and proxy paramour of the title character in ST. VINCENT, a decidedly feel good film for the festive season.

The roots of the story of ST. VINCENT were inspired by a life-altering moment in writer/director/producer Ted Melfi’s own life. When his older brother passed away seven years ago at the age of thirty-eight, he went to the funeral and realized his eleven year-old niece had nowhere to go. Melfi and his wife quickly decided to adopt her and move her from a small, rural town in Tennessee to where they lived in Sherman Oaks, California.

Once enrolled in Notre Dame High School in Sherman Oaks, Melfi’s niece received a homework assignment with the following prompt: Find the Catholic saint that inspires you, and find someone in your real life that mimics the qualities of that saint. She picked St. William of Rochester, who is the Patron Saint of Adopted Children, and selected Melfi as the match.

A much moved Melfi realized that here was the perfect idea for a movie. Instead of characters like himself and his niece though, he wanted to use an old curmudgeonly guy who’d lost his will to live and a young boy.

Pitch perfecting casting has Bill Murray playing Vincent, a Vietnam vet whose anti avuncular veneer is a protective shell against the slings and arrow of outrageous fortune. In the opening scene Murray gives a pissed perfect performance, which is at once both comic and pathetic.

Unsummoned, into his life comes Maggie and her son, Oliver. They have just moved in next door to his crumbling, ramshackle Brooklyn abode, a move necessitated by a bitter domestic separation. Both Maggie and Vincent need to earn money and so a deal is struck, whereby Vincent will babysit Oliver while Maggie goes out to make a crust.

Mr. Miyagi he aint, but Vincent embarks on giving young Oliver a twist of life lessons that is as practical and enriching as they are reckless and inappropriate.

The canonisation of the curmudgeon courts catastrophe when it coasts too close to the shores of sentimentality but such calamity is avoided by the dark comedy of the writing, the deft direction and the heart of the performances.

Marvellous to see Melissa McCarthy eschewing her loud and proud fat chick persona and inhabiting a real character, yet still delivering one of the zinger lines in the movie.

Naomi Watts is sensational as the no bullshit Bratislav, Daka, who comforts and cares for Vincent while simultaneously mashing the English language into hilarious contortions.

Nice work too from Chris O’Dowd as a Catholic cleric with an ecumenical sense of humour and Terence Howard as a fairly benign standover merchant for a local gambling syndicate.

There’s a rough charm to ST. VINCENT, from its honest characterisations to the seldom seen setting of ungentrified Brooklyn. A cinematic blessing for the holiday season.