Premiering in 1991, ANGELS IN AMERICA by Tony Kushner is set in 1985 and hindsight is unkind to the America that was.  Is?  This production foregrounds current issues which still demand action and due attention paid.  Gay men might be on PrEP but infections are rising, Israel and Palestine remain flashpoints, Perestroika somehow gave us Putin and a Republican is again in the White House.  Plus, fridge fluorocarbons have less chlorine but denial is not slowing the warmth.  Having experienced the nearly 7 hours of this production, I can say that the themes are still relevant but more importantly, the storytelling is exciting, intimate and conceptualised to entertain and engage.  It’s an achievement all round. END_OF_DOCUMENT_TOKEN_TO_BE_REPLACED 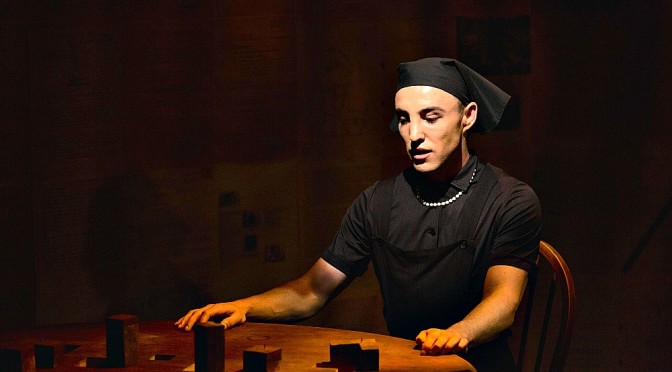 Theatre doesn’t get much better than this. The old Fitz theatre is currently home to a revival of American playwright Doug Wright’s play I AM MY OWN WIFE, first performed Off Broadway in 2003, and then went on to take the Pulitzer Prize for Drama in the following year.

With painstaking research Wright’s play brings vividly to the stage a remarkable character by the name of Charlotte von Mahlsdorf (1926-2000).

Charlotte was a flamboyant gay transsexual who lived her  colourful life out on the streets of Berlin. She wrote a best selling autobiography, and became a figure of great folklore in the great German  city.

In bringing his play together, Wright conducted several lengthy interviews with Charlotte from 1992 to 1994.  The playwright also took into account newspaper accounts of her life, Charlotte’s interactions with key people in her life, and he also sighted the controversial Stasi file held by the East German Secret Police. END_OF_DOCUMENT_TOKEN_TO_BE_REPLACED