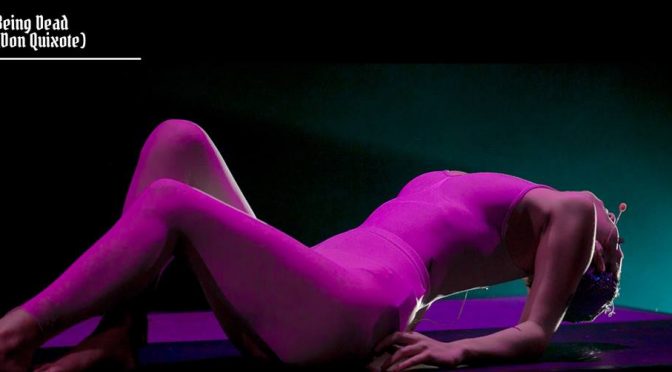 “I’ve never read Don Quixote and don’t intend to” Kerith Manderson-Galvin declares in the after show Q&A. “I’ve read snippets but that’s it.”

Being Dead (Don Quixote) presented by MKA in association with KXT bAKEHOUSE & Unofficial Kerith Fan Club, is best described as a simulacra; a copy or amalgamation of an original text altered into a new form or belief. A work that has been performed and continually developed over the past 5 years, Manderson-Galvin believes the work has changed alongside theirself. In it’s current state, the performance is self-described as a “queer, femme, adventure” which best explains the ideas presented throughout succinctly. END_OF_DOCUMENT_TOKEN_TO_BE_REPLACED