The Australian Museum (AM) has today announced the 51 finalists selected for Australia’s leading science awards, the 2021 Australian Museum Eureka Prizes. Finalists from across Australia are in the running for 16 AM Eureka Prizes across four categories, including excellence in Research and Innovation, Leadership, Science Engagement and School Science.

Known as the ‘Oscars’ of Australian science, the Eureka Prizes offer $160,000 in prize money, across a broad spectrum of research from environmental to innovative technologies, defence and mentoring.

The AM Eureka Prizes winners will be announced on Thursday 7 October at a live broadcast event. The event will be open to all audiences and free to stream online. Register for the awards at australian.museum/eurekaprizes. END_OF_DOCUMENT_TOKEN_TO_BE_REPLACED 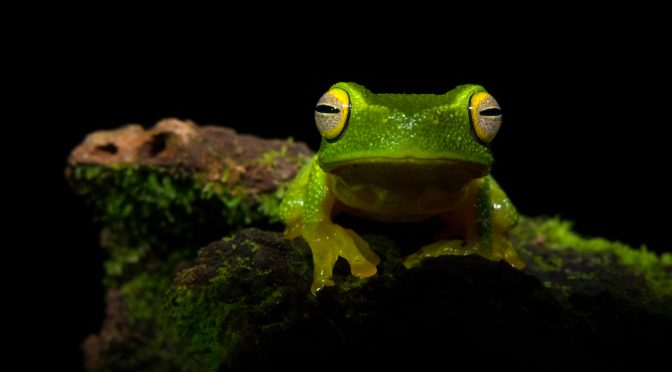 Dinosaur buffs and budding artists will have plenty to dig into these January School Holidays (13 January – 22 January 2021) at the Australian Museum (AM)! A program of workshops and activities have been created by the AM, to inspire the next generation of scientists and natural history lovers.

Cordelia Hough, Creative Producer of Children and Families Programs said, “We are so excited to present our first school holidays program after reopening! Children from six to 16 years can join our AM experts for workshops to thrill, educate and importantly expand young minds. END_OF_DOCUMENT_TOKEN_TO_BE_REPLACED 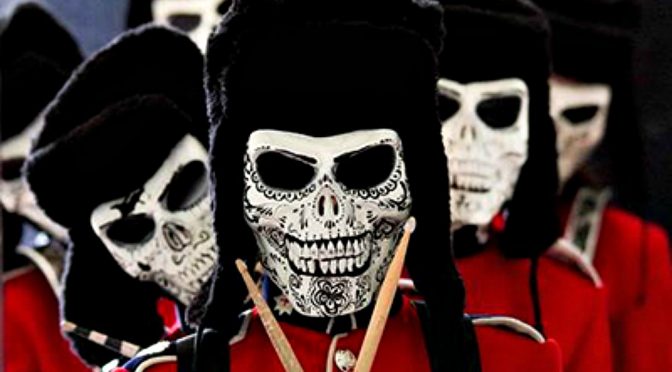 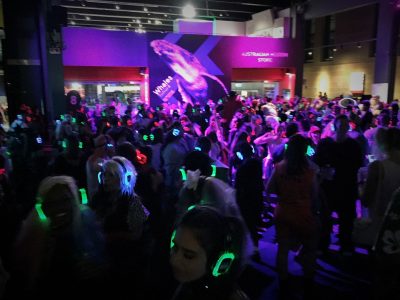 The morbid Sydney crowd embraced the macabre theme and dressed as ghosts, skeletons, handmaidens, axe murdered victims, Red Riding Hood and her wolf, Cruella de Vil, droogs, zombies and a great variety of macabre characters. The crowd was happily terrorised by deadly, giant black birds as they entered the museum and then presented with a diverse arrangement of Halloween suitable activities.

The various bars and the silent disco were enthusiastically embraced. The bars were serving beer, wine, cider and devilish cocktails and at the disco you could choose from three DJs with a simple flick of the switch on the supplied headphones. END_OF_DOCUMENT_TOKEN_TO_BE_REPLACED 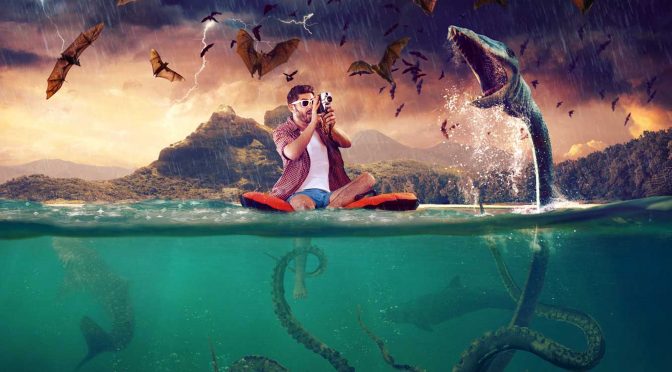 The Australian Museum (AM) has announced the return of its popular Jurassic Lounge Halloween-themed after-hours party for adults on Saturday 27th October.

Jurassic Lounge: Halloween will transform the AM into the ultimate ghoulish playground for grownups with a spinetingling line-up of music, performances, interactive games and pop-up bars.

END_OF_DOCUMENT_TOKEN_TO_BE_REPLACED 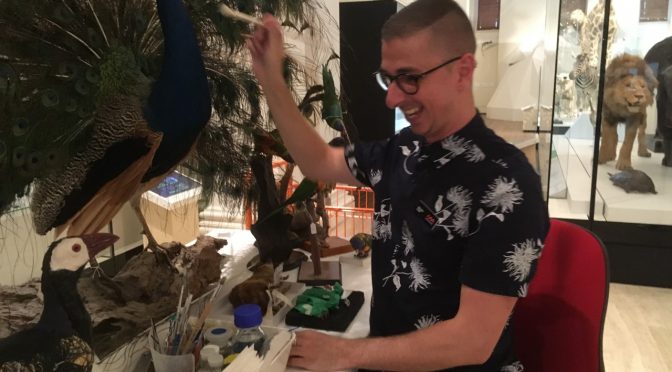 Dinos at night? I’m in!  Australian Museum’s Culture Up Late events are themed and spread throughout the year.  Valentine’s Day got a gong but tonight it was Mardi Gras at the Museum.

Lots of extra things to do or just wander around enjoying the displays, the Mammoths: Giants of the Ice Age exhibition is included in the very reasonable entry price.  END_OF_DOCUMENT_TOKEN_TO_BE_REPLACED 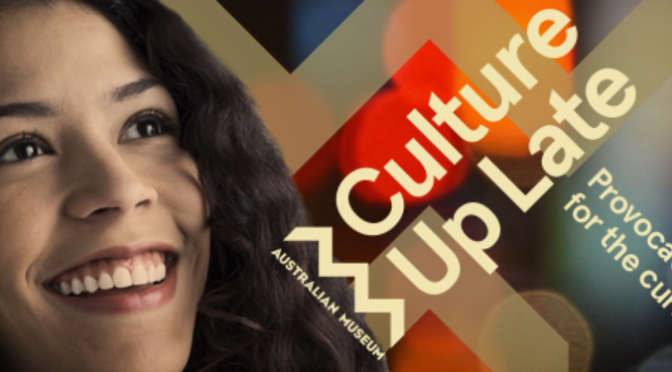 From Jan 24 to Mar 14, the Australian Museum (AM) will be brought to life at night with CULTURE UP LATE a summer-long season of virtual reality shows, hands-on workshops, live music, special tours, performances and protest. END_OF_DOCUMENT_TOKEN_TO_BE_REPLACED 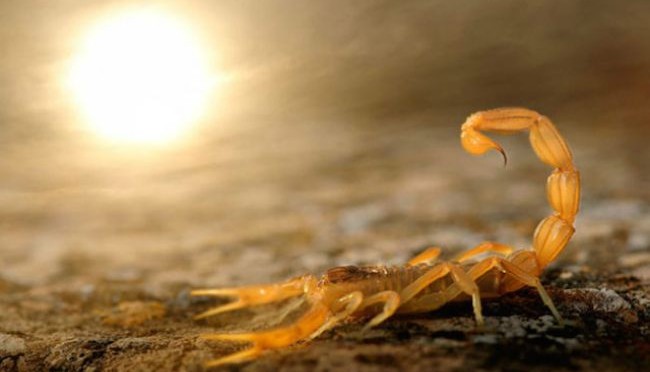 The World Wildlife Photographer of the Year Exhibition at the Australian Museum is the perfect place for any lover of our small blue planet to spend a wintry afternoon. These are remarkable and inspiring images of detail and depth; of animals and environments; of intricacy and power. Undersea creatures, disappearing landscapes and birds in profusion captured in places and poses we would never see without a photographer’s skill.

I went with a big group and we initially clustered around the large entry image, WATCHFUL CHEETAH: the eye of a mother wary for her cub peering through blades of grass. It was a then 8 year old, Leon Petrinos (Greece) who captured this animal forever.

Soon however, we wandered separately drawn by a colour or a shape or a touch on the elbow by a friend.

A vibrant little girl in a sparkly jacket was on the move too. Ignoring her mother’s “Scarlet, Scarlet” she was pulled all over the exhibition by the same forces. Scarlet was too little to read the detail about the images, she was just compelled by what called from inside the 100 black frames on the black walls. Beautifully presented, the gold of the wooden floors reflecting the narrow light focused on the works, the gallery has a jungle leaf motif and pan-pipe ethereal on the soundscape. And there is room to step back in awe or lean close to appreciate the detail.

At the end of the space is a projection of previous year’s winners but the projections do not have quite the same impact.

This competition was launched in 1965 by Britain’s first colour nature magazine ‘Animals’. Now in its 50th year, it is a collection to linger over.

The two winning images STINGER by 8 year old Carlos Perez Naval (Spain) and THE LAST GREAT PICTURE by Michael ‘Nick’ Nicholas (USA) could not be more different. The first an orange, sunlit detailed capture of a translucent scorpion. The latter: a pride of lions at rest. With a black and white feel created by using infrared, the big cats are lolling on rocks in the bottom half of the frame while the heavens are filled with rays and clouds dwarfing them. Both of these photographs are presented in both large and smaller formats.

The aim of touring the exhibition is to foreground biodiversity and sustainability and no one in my party came away untouched. I had a long chat with a woman I did not know about the plight of an animal I have never heard of. We were strangers brought together by ignorance, eager to learn from Simone Sbaraglia’s (Italy) COMMUNAL WARMTH. His photo of geladas is just extraordinary.

Each of us seemed to have our consciousness raised by something different. Some were enthralled by the detail of the fungi and others, the resilience of the invertebrates. Some repelled by the snakes or spiders, others entranced by the beauty of a Honduran mangrove. One bird lover couldn’t pull away from the colours.

For me, it was all about the mammals. I feel them somehow. Of course I was thrilled by the electricity of the volcanic lightning of APOCALYPSE by Francisco Negroni (Chile) but it was INTIMACY another photograph by Nichols, which made me peer into the faces of those Serengeti lions looking for something shared in this great big world.

That image is so close up because it was taken by a robot. New technology is well represented but not overwhelming in this exhibition. The three time lapse collected images are mesmerising and HOLLYWOOD COUGAR, (Steve Winter USA) a stalking big cat treading lightly below the iconic sign, is the result of 14 months of camera traps.

My favourite? Can an image which makes you cry unashamedly be called a highlight? If it alerts you to both the human condition and the state of the wild creatures on our planet then …yes, maybe it is. THE PRICE THEY PAY ( Bruno D’Amica Italy) depicts a 3 month old Fennec Fox illegally dug out of a nest in the Sahara Desert being sold by a teenager. The eyes of this blameless creature look out at you from the centre of the photograph and his sweet little face is framed in the V of the tattered, dirty, fragile footwear of the Tunisian boy who is just trying to survive. Nothing good is happening here and it broke my heart.

And I am sure I am not the only one to be shocked but also elated and awed by the infinite variety of our little blue planet. Scarlet and I are just two of the many millions of people who will see the photographs in this exhibition that has ‘satellites’ around the world and are also featured on the official website and being part of this collective/ global experience, in itself, makes it worth participating in.

The exhibition continues until October 5 at the Australian Museum and as they power through their renovations there are some great deals to be had on their website at http://australianmuseum.net.au/

For more about Wildlife Photographer of the Year Exhibition @ Australian Museum, visit http://australianmuseum.net.au/ 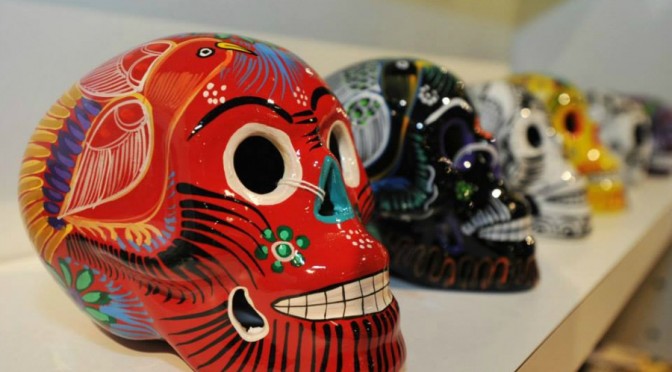 A gigantic and at times rather overwhelming exhibition has just opened at the Australian Museum . Allow plenty of time and possibly plan on return visits as there is so much to take in.

The main overall room colour is a dark blood red, while the labels are clear and legible. Most of the smaller artefacts are grouped together in cases, with the big ones displayed on plinths. There are models, pictures , wonderful timelines and interactive touch screens that speak to us in Mexican accents, along with an imagined imposing reconstruction of the Great Temple of Tenochtitlán, which has an internal display focusing on the Aztec beliefs about the afterlife. END_OF_DOCUMENT_TOKEN_TO_BE_REPLACED 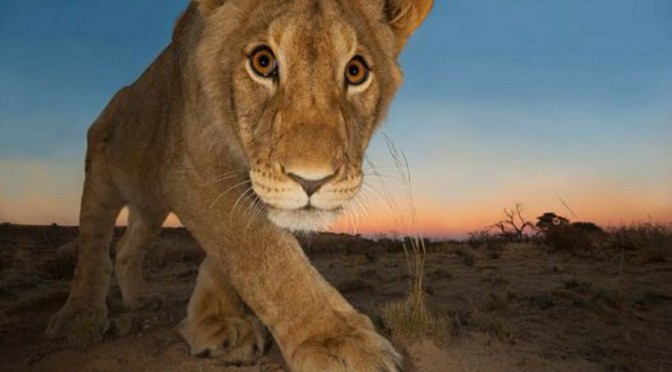 One hundred photos were selected from 43,000 entries of the best wildlife photography from 2013. The Wildlife Photographer of the Year 2013 exhibition is now showing at the Australian Museum. The competition is owned by the Natural History Museum, London and BBC Worldwide.