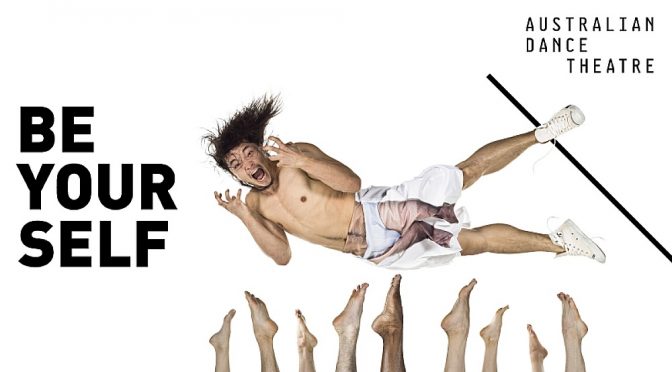 This beautifully presented book will be treasured by contemporary dance lovers. Wakefield Press yet again have brought us a stunning medium to large sized coffee table book, in this case the history of Australian Dance Theatre, informatively, eloquently written and with superb photos.

The publication features forwards by both the current Chairman Kim Boehm and Robyn Archer, an excellent index at the back is included, and there is also a handy listing of the various dancers who performed under each of the artistic directors.  The writer, Maggy Tonkin, is a leading writer on dance who resides in Adelaide .

Considered radical, daring and new, Australian Dance Theatre (ADT) is Australia’s oldest continuously running contemporary dance company. Celebrating half a century of innovation in dance performance, FIFTY blends archival research, interviews and magnificent photos to take us from its founding by Elizabeth Cameron Dalman through to the exciting performances that are taking place nowunder the current Artistic Director Garry Stewart.

ADT’s tumultuous history is divided into seven chapters (each of the artistic directors reigns) with a striking portrait of each. The book fascinatingly follows the sometimes quite different paths ADT has taken under the successive artistic direction of Elizabeth Cameron Dalman, Jonathan Taylor, Lenny Westerdijk and Anthony Steel, Leigh Warren, Meryl Tankard, Bill Pengelly and Garry Stewart. END_OF_DOCUMENT_TOKEN_TO_BE_REPLACED

Hotly anticipated and at the start of a national tour, this very short visit by Australian Dance Theatre from Adelaide with ‘G’ would have to be one of Sydney‘s dance calendar highlights for 2013.

This is Stewart’s second ‘deconstruction’ of a major classical ballet piece – the first was his terrific ‘Birdbrain’ based on ‘Swan Lake’. While based on the same work, it is about as different from the traditional ‘Giselle’ (a la the magnificent Paris Opera Ballet’s version seen here in January for example) that you can get. It is a driving, relentless full throttle contemporary deconstruction of  ‘Giselle ‘ with amazing dancing. Technically it superb, performed with extraordinary energy ,speed, commitment and control . In Stewart’s choreography , while using classical technique as a base, there are elements of tai chi, fencing and breakdancing ( among other things ) included .Stewart demands that the dancers be incredibly athletic, almost boneless and prepared to throw themselves around the stage in explosive yet soft jumps and rolls. There is an incredible intensity and energy throughout.

Various snippets of the now ‘traditional ‘ Corralli/Perrott/Petipa choreography are referred to (eg Myrthe’s bouree , the Act1 pas de deux ), twisted and reworked. It all begins with a beautifully balletic turned out walk that, repeated and repeated, becomes almost conveyer-belt like . There are some sharp explosive small solos , contrasted with full ensemble work at some points. At one stage there is an angular writhing sculptural mass. Sometimes there are unexpected straight arms in low arabesque or angular arms , twitches and rolls and almost Bournonville like fast ,fleet footwork. There was a splendid moment when Samantha Hines ( I think ) became for a moment the idea of a Romantic fragile wraith like a leaf on a tree yet also dangerous and deadly. At various points all the  cast become Giselle , or Albrecht , or Hilarion or the vampire like Willis rather than one person specifically only playing one particular character.A sinuous,lyrical yet robotic topless pas de deux at a different point of the show must also be mentioned.

The dominant colour of this work is green (of the forest ?. Simply of the LED screen? )There is no real set as such apart from the large LED screen at the back shining with pixels that for most of the work has words or letters running across it , telling the story and analysing the characters of Giselle and looking at the position of women in society at the time. Costumes range from tracksuits to Gothicky like short semi-transparent tutus over leotards or a motley mix of these.With a nod to the original Adam score at the start and end of the show,Luke Smiles ‘ soundtrack beeps, hums ,throbs and crashes relentlessly .

Powerful ,hypnotic stuff this overwhelming astonishing work left the audience exhausted and breathless with excitement .  The running time was one hour straight through.

Australian Dance Theatre’s G played the Sydney Theatre between the 16th and 18th May and then tours nationally.