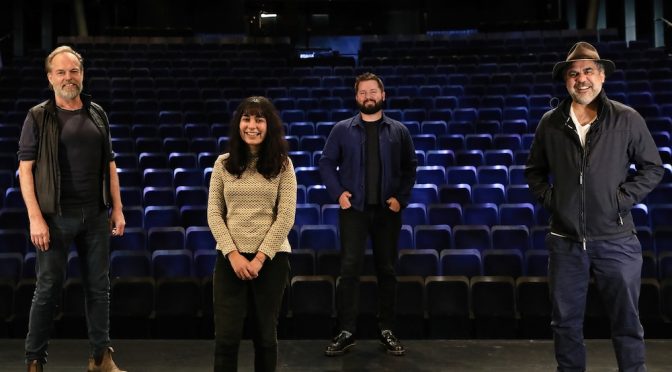 New seats to Sydney Theatre Company’s critically acclaimed production of ‘Wonnangatta’ have been released. This is the result of the New South Wales Government allowing increased audience capacity. Tickets are expected to sell out quickly.
Wonnangatta

A haunting tale of mystery revenge

Wonnangatta Station, 1918. Two men arrive at a dark and empty farmhouse looking for the manager, their friend Jim Barclay. No one’s heard from him for more than a month. Something’s amiss. Then a grim discovery sets the men off on a journey across the harsh Australian terrain, looking for answers, maybe for revenge.

Angus Cerini’s multi-award-winning The Bleeding Tree was a sensation on its premier at Griffin Theatre and again when remounted by STC at The Wharf. In Wonnangatta, Cerini’s dark lyricism explores the Australian landscape – geographic and psychological – in a hard-driving yet poetic celebration of language and story.

This Australian gothic fable will keep you on the edge of your seat.

Wonnangatta was developed with the assistance of the Australian Writers’ Guild David Williamson Prize Development Grant.

The way that CHAIN PLAY works is that each writer has been asked to contribute a scene of a brand new play. Once the nominated playwright has written the opening scene then he/she passes the play onto the next playwright to write their scene and so it goes until the play has been completed. END_OF_DOCUMENT_TOKEN_TO_BE_REPLACED