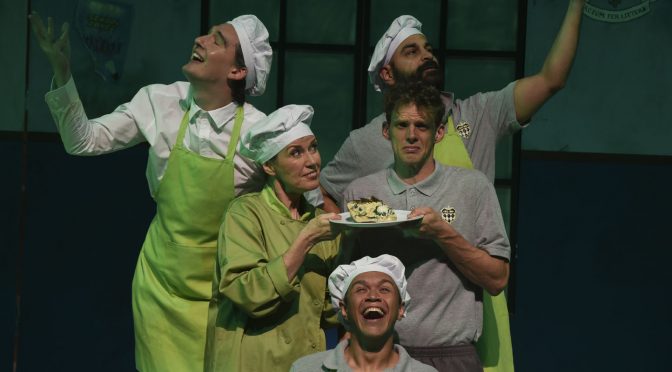 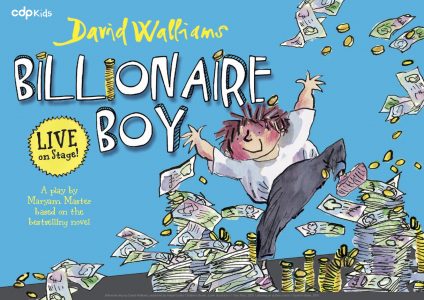 David  Walliams novel BILLIONAIRE BOY follows a 12-year-old boy named Joe who has everything he could ever want, from a golden underwater Ferrari to his very own cinema! Joe and his Dad have more money than you could imagine, but what Joe really needs is a friend. When Joe arrives at his new school, life gets tough. Facing the school bully, his Dad’s new girlfriend and the world’s worst school canteen, Joe is about to learn that money might buy you a lot, but it can’t buy you everything.

Walliams novels have taken the children’s literary world by storm, with his bestselling novels being translated into over 40 languages and having sold over ten million copies in the UK alone.

Now BILLIONAIRE BOY, one of his most popular novels, has been adapted for the stage by playwright Maryann Master. It is being brought to life on the stage at  the Riverside Theatres , the Concourse in Chatswood and the Seymour Centre during the month of March.

The play is suitable for ages 6+ and has a running time of 60 minutes.  Here are the full details of the performances :-

Where: The Concourse – 409 Victoria Avenue, Chatswood 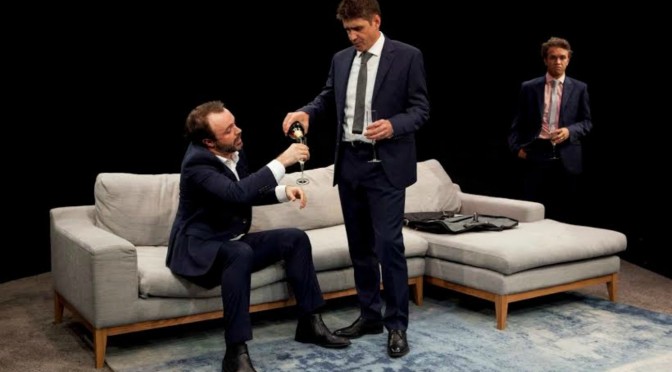 We all know the sensation of wanting to change the past, to be able to return and insert that perfect comment or choose to act differently with the benefit of hindsight.

The world premiere of Phillip Kavanagh’s slick and evocative REPLAY by the Griffin Theatre Company explores and expands upon the vulnerabilities surrounding such reflection. Set in a grieving family environment between male siblings it is a smorgasbord of expression, identity, truth and yearning to re-create what might have been. END_OF_DOCUMENT_TOKEN_TO_BE_REPLACED