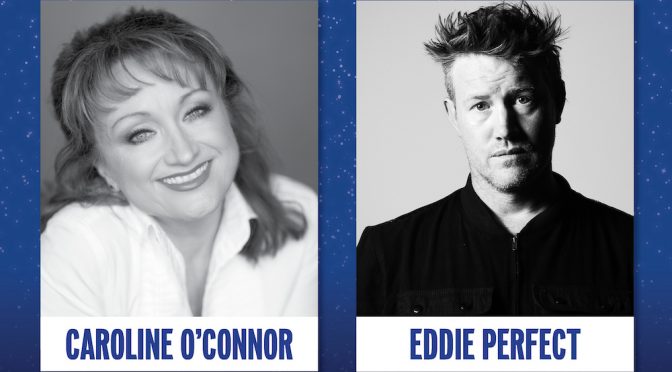 Dolly Parton and Producers John Frost for Crossroads Live, Suzanne Jones and Ambassador Theatre Group Productions today announced two of the stars of the Australian premiere of 9 TO 5 THE MUSICAL, Dolly Parton’s smash-hit West End musical, which will open in February at the Capitol Theatre, Sydney.

Caroline O’Connor will play busy-body Roz Keith, the administration assistant who is fiercely – and unrequitedly – in love with her boss Franklin Hart Jnr. Most recently seen in Melbourne Theatre Company’s Kiss of the Spiderwoman, Caroline has played lead roles on Broadway, in the West End, France and across Australia, including Chicago, Anything Goes, West Side Story, On The Town, Man of La Mancha, Bombshells, A Christmas Story and Anastasia to name just a few. Caroline also created the role of tango dancing Nini Legs in the Air in Baz Luhrmann’s Academy Award winning film Moulin Rouge.

Eddie Perfect will play the controlling boss Franklin Hart Jnr. One of Australia’s most respected and prolific writers and performers, Eddie is perhaps best known as all-round nice guy Mick Holland on Channel 10’s hit series Offspring, and has been seen in Kath and Kim, Spicks And Specks and numerous comedy shows including ABC TV’s Stand Up, The Melbourne Comedy Festival Gala and Good News Week. On stage Eddie performed in Keating! The Musical, Misanthropology, The Threepenny Opera and Shane Warne The Musical, which he wrote himself. In 2019, Eddie wrote the music and lyrics for the Broadway premiere of Beetlejuice, for which he was nominated for Best Original Score at the 2019 Tony Awards. END_OF_DOCUMENT_TOKEN_TO_BE_REPLACED