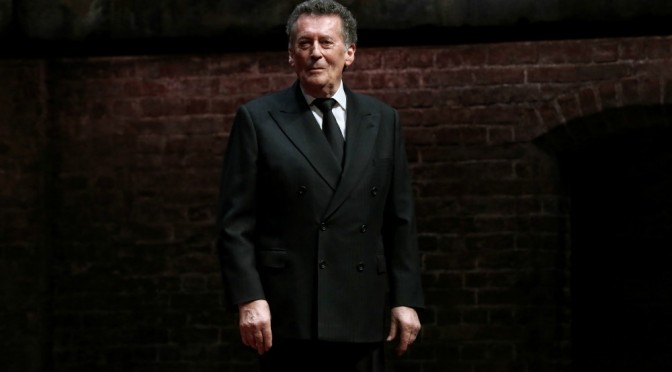 All the great playwrights/dramatists have this specific quality – they are audacious…Look at the great American playwrights- Arthur Miller, Tennessee Williams, Edward Albee….they tackle controversial subjects and they go in hard. Contemporary British playwright Mike Bartlett demonstrates genuine audacity and artistry with his play KING CHARLES III which has traveled to Sydney after being a huge hit on the West End and on Broadway.

Most media coverage of the Royal family is airbrushed and superficial. What comes to mind is the presentation of the Royal’s in glossy women’s magazines,- lots of pretty pictures and facile reportage documenting the life of the very privileged.

Bartlett’s approach is a whole world away from this glossy approach. He chooses to explore beneath the surface…the veneer…Bartlett’s play is a fantasy.. an imagining of a rather ‘remote’ scenario that takes place after the Queen has died and Charles has commenced his reign. The thinking behind it is that Charles has waited way too long, eons of time to take the throne, and now that he is King he is determined to make an impact/leave his mark.

I don’t want to go any further into the plot. It will spoil the night for you if you end up seeing the show, which I heartily recommend you do. What I can say is that all the main characters are up there on the stage- Camilla, William and Kate, Harry and a nubile young woman that he is chasing..even the Ghost of Princess Diana makes a few appearances…And the British Prime Minister ( a Mr Evans not Mr Cameron!) and Opposition leader are also represented.

This Almeida Theatre Company production is a memorable one. Production values are strong, and the cast are exceptional with Robert Powell outstanding as Charles.

In the end, KING CHARLES III felt like a big wake up call. With his play Mike Bartlett is saying the Commonwealth of Nations is on the cusp of a major change at the top. Bartlett is saying- look, it is time that we started to turn our minds to this fact, and started talking about it and reflecting on what kind of possible impacts the inevitable changes may have on our lives. Because, whether we like it or not, the Crown of England still carries with enormous power, and the next leader, be it Charles or otherwise, may not be anywhere near as temperate and equanimous as the current long serving incumbent Queen Elizabeth II.