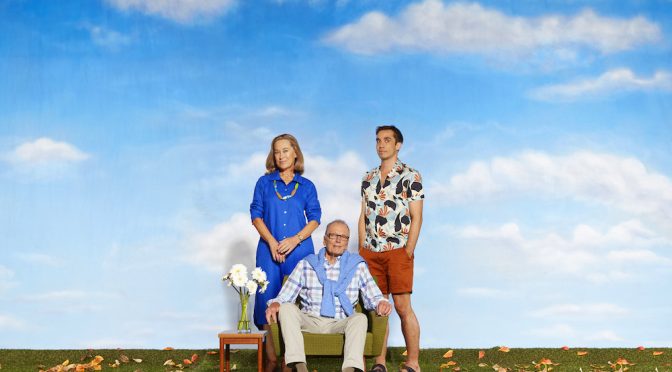 Sydney Theatre Company Artistic Director Kip Williams last night unveiled Act 1, six shows to kick off STC’s 2022 season that he says will “celebrate the joy, revelation and connection only theatre can offer” as the industry returns to the stage.

Williams said it was thrilling to be returning to the theatre after an incredibly tough two years, and to be staging a number of shows that were sadly cancelled over the course of the COVID-19 pandemic shutdowns.

“In putting together the 2022 season, I wanted Act One to be a theatrical treat to unleash some much needed joy after the year we’ve had. It’s time for our city to start a new chapter and what better way to do so than together in the theatre,” Williams said.

“From the return of shows that were forced to cancel in 2021, to new works from incredibly talented Australian writers, a co-production with Bangarra Dance Theatre and an exuberantly funny production of a Noël Coward classic – there’s lots of fabulous theatre to be excited for and all of us at STC are so happy to be back. We have soldiered on thanks to the generosity and support of our audiences and donors who have made it possible for us to return for what we hope will be a spellbinding start to 2022. We are so keen to celebrate this exciting new year and this new beginning.”

The year will start with Triple X – the semi-autobiographical trans love story by two-time Griffin Award-winning playwright and trans performer Glace Chase – which will finally see the Sydney stage after being cancelled due to lockdowns in both 2020 and 2021. White Pearl by Anchuli Felicia King –STC’s 2019 Patrick White Fellow – will also finally play in The Wharf after seasons in Brisbane and Adelaide in 2021 and premiering at Riverside’s National Theatre of Parramatta in 2019.

Stage legends John Bell and Linda Cropper will return to lead an exceptional cast in the Broadway comedy Grand Horizons – which is back at STC’s Roslyn Packer Theatre for an exclusive limited run after its much lauded 2021 premiere season was cut short due to the Delta outbreak in June. Directed by STC Resident Director Jessica Arthur, the show was described by Time Out as “a deeply funny and poignant account of late-life crisis with honesty, humour, and hope” in its five-star review of the 2021 season.

Another returning show is Kip Williams’ acclaimed adaptation of Oscar Wilde’s The Picture of Dorian Gray, which stars Eryn Jean Norvill in a “tour de force” performance playing all 26 characters. The Picture of Dorian Graypremiered to five-star reviews, sold-out audiences and two season extensions in 2020, and was due to play again in July/August 2021 before the NSW Government stay-at-home orders led to the show being rescheduled for the 2022 program.

The Company is delighted to also be co-producing a new Australian work –Wudjang: Not The Past – in conjunction with Bangarra Dance Theatre as part of the Sydney Festival program. From the same team that created Bangarra’s Bennelong – led by Stephen Page – Wudjang will be an epic-scale piece featuring 17 dancers, four musicians and five actors. Composed of poetry, spoken word in Mibinyah language from Page’s home on Yugambeh Country, live music and dance, Williams says the show promises to be “an astounding, beautiful and urgent work”.

The final two productions of STC’s 2021 season – Julius Caesar, directed by Williams and Death of a Salesmandirected by STC Associate Director Paige Rattray – are due to open in November and December respectively.

Explore the STC 2022 Act 1 season and ticket information at sydneytheatre.com.au/season-2022