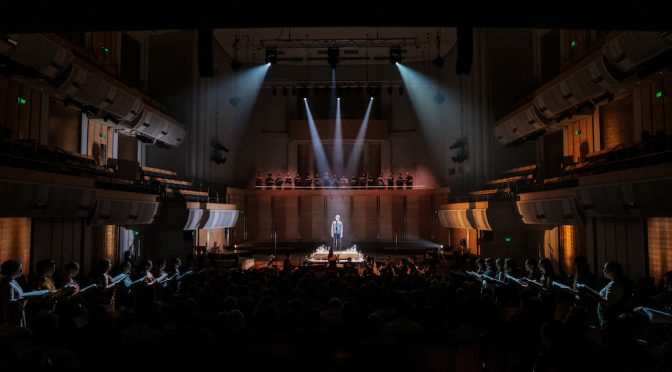 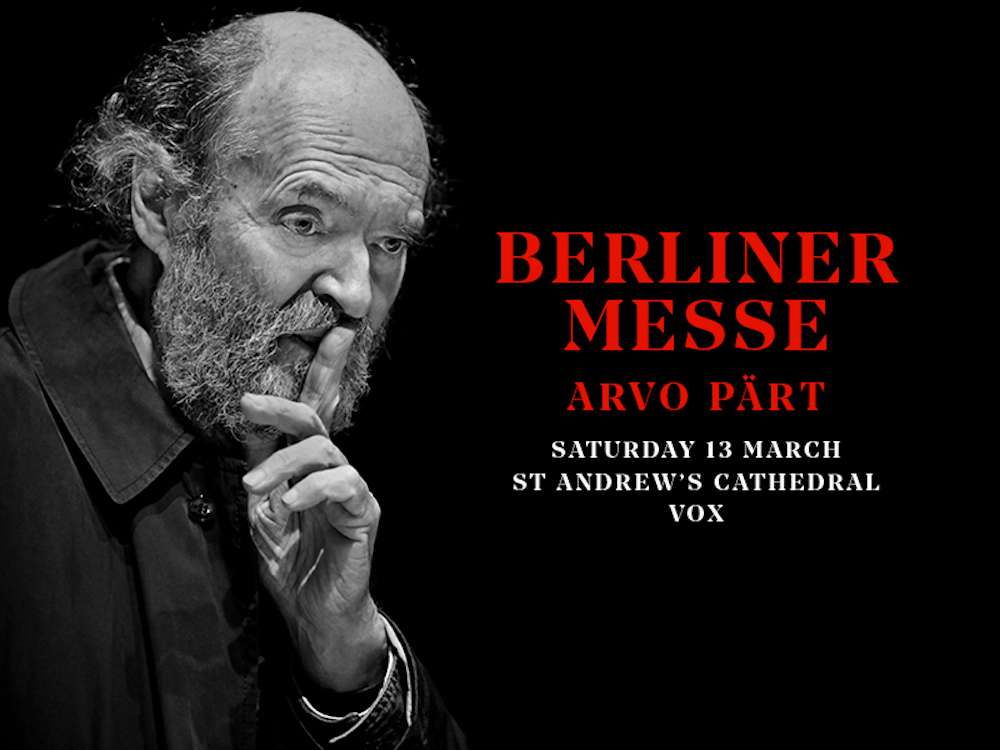 For their first concert for 2021, and presumably first post Covid, the Sydney Philharmonia Choirs  presented their Young Adult (VOX) Choir in an outstanding program of spiritually inspired songs and choir works set in the grandeur of the apse and main body of St Andrew’s Cathedral, Sydney. The one hour program comprised nine pieces, and left the audiences with a rich sampling of music inspired and derived in the main from Baltic composers, including Arvo Pärt, Peteris Vasks, Erik Ešenvald, and Australian Latvian artist Aija Draguns. The program in its own terms aims to be an act of healing of the long Covid journey of the past year, and it must be said that that aim is amply and musically achieved.

The performance began with the evocative Acknowledgment of Country, Tarimi Nulay, by Deborah Cheetham & Matthew Doyle. “Long time here lived the people” the dialect commences, and the music carries on this organic and sensory short, but satisfying, ceremony.

All choir work offers a dynamic relationship between composition and written text, and this program was no exception. Pärt’s Berliner Messe is based on the eminent composer’s Orthodox Christian faith, and was commissioned for the Catholic Church for a 90th anniversary of German speaking peoples. Pärt is no stranger to religion and mysticism generally, being shut off from Western music and immersed in medieval and church traditions during his life under Russian occupation of his homeland of Estonia.

It was a great pleasure to hear the Vox choir render the focused harmonies and steady repetitive tempo, rising to the gravitas of faith proclaimed under the cathedral buttresses. Pärt’s style resonates with a sense of Baltic landscapes, especially in winter, and there was something sonorous even lamenting about this work that echoed the hardship collectively endured (“a winter of our souls”) by the audience and choir. Finally one can ask if the traditional religious text, required for the work’s commission, constrains rather than facilities the music. The music, while still occasional, and spiritual in inspiration, has a self conscious style that is more creative that the millennia old liturgy.

The unintended and intended effects of locating the choir, spaced at unusual 1.5 metre intervals in vertical and horizontal directions, gave each individual members the appearance of architectural detail, caught up in the play of light and shadows of the columns between which they stood. The event was visually as well as acoustically well proportioned.

Aija Draguns is a quite young Sydney composer of Latvian heritage, and her Lux Aeterna shows a mature delicate lyricism, a glimpse of light, and hope that was nevertheless strong in command of voices.

Pärt’s Morning Star was a very satisfying rendition of simple prose wording on the tomb of St Bede in Durham. The minimalist text provided a springboard for outbursts of choric joy and pure delight, in this special piece performed with emotional precision.

Peteris Vasks’ Pater Noster sets the familiar and homiletic words of the Lord’ Prayer in a clear organised and tonal composition that is meant to be able to be sung by congregations.

The two pieces by Eriks Ešenvalds seems to match and articulate the texts they follow. The Heaven’s Flock uses a rich poem by Pauline Petersen. An assured choir rendered the expansive levels and combinations of voices, that wove aural pictures of “shepherds words” about stars “tangling pale wool across the night sky …  bits of oily fleece catching on barbs of darkness to swirl in black wind.” The music, moving between minor and major, follows the opposition of words, between “the small blaze” that is earth, and the vastness of stars.

Only in Sleep (text by Sara Teasdale), Ešenvald’s other piece, is a gorgeous reflection on memory and mortality (“Only in sleep I see their faces, children I played with when I was child”) . The deceptive simplicity of composition belies rich choric harmonies which purify into a soulful chant when a female soprano soloist takes lead and sends melody and sense into the dreamlike stained glassed wall windows.

The healing that Elizabeth Scott the conductor, sought in the program certainly begins with this enchanting item. It was also a demonstration to the conductor’s control, inspiration and congenial presence that is evidenced throughout the concert.

The healing process, that makes the program a journey, is climaxed by a new commissioned work by Matthew Orlovich – Joyful, Joyful. If the audience wanted to break the fast of meditation and prayer that the program might have seemed then this was the work for them. Playful and exuberant the piece bounced in prancing acapella that roused the audience into fulsome applause, for one piece and for the ingenuity of the program as a whole.

The Vox young adult choir seemed flawless and disciplined throughout this complex diverse program. This in itself might have been in part an expression of delight at reconnecting with each other and their audience. Long may these young voices be with us.