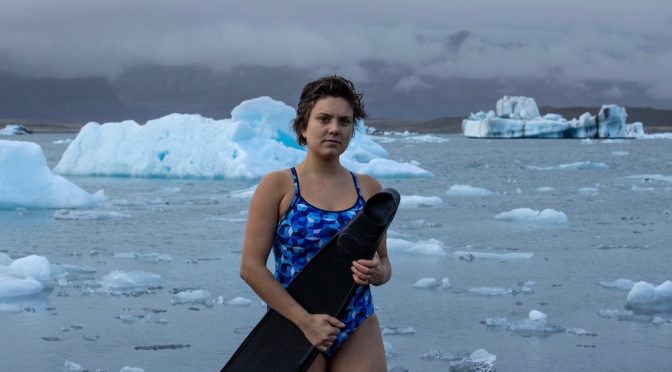 The $10,000 cash prize was awarded to Nays Baghai at the Festival’s Virtual Edition Awards Presentation.

“As a jury we all agreed that Descent was not only a visually stunning and beautifully crafted film, but that it was also an extraordinary story about overcoming trauma and finding healing and strength at the edges of human endurance. We felt that Kiki Bosch’s story and her free-diving journey through the world’s coldest lakes and oceans is a thrilling and inspiring adventure that ultimately encourages all of us to harness the power within ourselves.”

2020 marks the eleventh year of the competition, and the seventh year the prize has been supported by the Foundation. The winning film is Academy Award-eligible.

Accepting the award, Nays Baghai said: “Wow! I cannot describe how honoured, grateful and ecstatic I feel having received this amazing award. Just being nominated was already a huge honour for me, and I would like to say thank you so much to the Sydney Film Festival team and judges, as well as everyone who was a part of this film. That includes my friends and family, and I owe a lot to their support and encouragement.”

Alex Wu won the $7000 cash prize for the Dendy Live Action Short Award for Idol. The $7000 Rouben Mamoulian Award for Best Director in the Dendy Awards for Australian Short Films was awarded to Eliza Scanlen for Mukbang. The $5000 Yoram Gross Animation Award went to Sara Hirner and Rosemary Vasquez-Brown for GNT.

Dendy Live Action Short Award winner, Alex Wu said: “I am absolutely stunned by this massive honour. I still remember volunteering at the Sydney Film Festival when I was 18 years old; to not only be a part of the festival, but to also be awarded the Dendy Award for Best Live-Action Short, is nothing short of a dream come true. Thank you so much to Dendy and the Sydney Film Festival, I am forever grateful.”

Accepting the Rouben Mamoulian Award, Eliza Scanlen said: “It is such an honour to have our film in this year’s Sydney Film Festival and to receive the Rouben Mamoulian award for Mukbang. During this time, the world has been reminded of just how important cinema is in its ability to enlighten and help us understand one another more deeply.”

“Creating Mukbang was a labour of love; it gave me the opportunity to collaborate with so many inspiring and talented young filmmakers. I can’t wait to see what our generation will continue to create and how the film industry will open doors to allow more opportunities like this come to life.  Thank you to the Sydney Film Festival for all of your support.”

Yoram Gross Animation Award winners, Sara Hirner and Rosemary Vasquez- Brown jointly said: “GNT winning the animation prize is such an honour. We are from Sydney and watch the festival every year, so it’s really a moment to cherish. Thank you so much for all the positive feedback, we hope it gives everyone a little giggle at this time.”

Sydney Film Festival CEO Leigh Small said: “There is one more weekend to view films before the Festival closes. Already over 25,000 views have been purchased with 20% interstate.”

Head of Screen NSW, Grainne Brunsdon said: “Screen NSW congratulates the Sydney Film Festival for delivering a thought-provoking virtual Festival in unprecedented circumstances. Starting conversations across the nation at a time when we’ve craved connection to the stories and experiences of other people more than ever – rewarding curiosity, and pulling into focus the diversity and talent of our NSW industry.”

Lord Mayor of Sydney, Clover Moore said: “The arts community was one of the first to be hit by the pandemic and one of the hardest hit sectors, but it’s typical of the resilience and the vitality of the Sydney arts community and of our Sydney Film Festival that they’ve risen to the challenge with energy and imagination.”

Sydney Film Festival Director Nashen Moodley said: “Since its inception 67 years ago, Sydney Film Festival has been able to inspire and connect audiences through powerful stories, acting as a platform for discussion and a catalyst for change. Returning this year under unprecedented circumstances, the Festival’s role as a cultural touchstone has never been more vital or resonant.”

“This year’s Festival celebrated Australian filmmakers and the industry at large, presenting a diverse selection of films. Across 12 days we’ve been able to bring thoughtful panel discussions and superb stories to audiences across all corners of Australia. We look forward to returning to cinemas in 2021, where audiences will once again come together to experience the rich connected experience of the Festival. We are very grateful to all the filmmakers, government funders, partners, donors and the audience for making our Virtual Edition possible and successful.”

The 10 finalists for the 2020 Documentary Australia Foundation Award for Best Australian Documentary are listed HERE.

The 10 finalists for the 2020 Dendy Awards for Australian Short Film are listed HERE.

“Best Animation award winner GNT is a disarming and fearless film that showcases the talent of its makers who control the anarchic tone with strength and humour.”

“In a very minimalist way, Alex Wu’s Idol reveals an unexpected story and we were surprisingly moved by the plight of the central character. The use of a single contained shot balanced by the strength of the writing and performance of both actors created a striking film.”

“For a unique perspective, we give The Rouben Mamoulian Award for Best Direction to Eliza Scanlen who guided a very strong central performance toward a surprisingly warm ending, to reveal themselves as a director with a fresh voice.”

The Festival’s short-film competition celebrates its 51st year in 2020; and has been sponsored by Dendy Cinemas for over 30 years. Winners of the Best Live Action Short Film award and the Yoram Gross Animation award, sponsored by Yoram Gross Films, are Academy Award-eligible, opening new pathways for many Australian filmmakers.