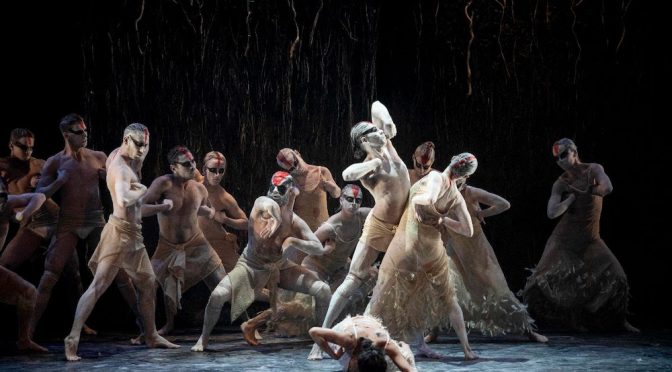 Embracing the city and its cultural instigators like never before, Artistic Director Wesley Enoch and his team have realised an entirely “Australian made” program that will manifest throughout the city through 130 events across three weeks from 6–26 January.

From Parramatta to Chippendale, Sydney will provide the canvas for 21 days of engaging and immersive events, exhibitions, workshops and talks. After a year hallmarked by uncertainty, the 2021 program reflects an unwavering commitment to, and celebration of, the very best Australian art, artists and the audiences who love them.

With public health and audience safety of paramount concern this year, much planning has gone into ensuring that the 2021 festival is a Covid-safe environment. All 130 events and festival venues will be deploying Covid-19 Safety Plans and implementing all mandatory Department of Health regulations including capacity and social distancing measures, as well mandatory registration where required.

In response, this summer’s Sydney Festival is set to embrace the outdoors like never before, with a spectacular new Covid-safe pop-up stage at Barangaroo Reserve. At an impressive 32 metres wide, The Headland stage is set to outdo both the Capitol and the Sydney Lyric in size, and will be decked out with twin side screens offering close-up views of performers. Set against the backdrop of Sydney Harbour, the stage will feature the festival’s biggest theatrical performances and companies – from Bangarra to Sydney Symphony, Paul Mac to Paul Capsis – over 16 nights for just $25 a ticket.

The Headland stage will play host to The Pulse, an astonishing new work by Australia’s finest circus company Gravity & Other Myths which brings together 30 acrobats and a 30-strong choir into a shimmering mass spectacular; Bangarra Dance Theatre will present Spirit: A Retrospective 2021 – a powerful collection of dance stories taken from the company’s 30-year repertoire; while electro-pop icon Paul Mac and a choir of Sydney’s finest singers will pay homage to musical legend George Michael in the celebratory The Rise and Fall of Saint George.

Elsewhere in The Headland program, Sydney Symphony Orchestra will premiere The [Uncertain] Four Seasons – a work where climate data is harnessed to reimagine Vivaldi’s Four Seasons in an ambitious collaboration between composers, designers and scientists; and the inimitable Paul Capsis and iOTA will unleash RAPTURE: a song cycle of Desire and Ecstasy, Murder and Mayhem – a contemporary song cycle spanning ecstasy, godlessness, love and pain, featuring the songs of Megan Washington, Deborah Conway, Deborah Harry and The Kinks. Completing The Headland program is Songs of Don, which sees Katie Noonan, Christine Anu, Suze DeMarchi and Emily Wurramara join forces to pay tribute to one of Australia’s greatest musical troubadours, Don Walker.

Created specifically for the festival in direct response to Covid restrictions, The Headland stage is designed to bring the very best Australian performing arts to as many people as possible this summer in the safest possible way, with each ticket securing audience members a dedicated, socially distanced spot.

“Sydney Festival 2021 is all about kick-starting the Australian arts sector by injecting more than $6million into the pockets of those who have done it tough,” says Enoch.

“Over 1000 artists, companies and venues have come together in a rare sign of solidarity to produce and promote an All Australian Made program that will showcase our country’s creative, cultural and artistic excellence. Our internationally acclaimed, homegrown talent has found themselves grounded in 2020 but at Sydney Festival 2021 you can see how the very best of the world can be in your own back yard. Our Covid Safe planning means there will be fewer tickets on sale for January so it’s get in quick and secure your ticket to bring your friends and family together to celebrate Sydney in Summer.”

NSW Minister for the Arts, Don Harwin echoed Enoch’s comments: “I am absolutely delighted that Sydney Festival is going ahead this January. It is testament to Wesley’s programming vision and tenacity that he has managed to pull together an entirely Australian program — with the very best of Sydney artists, arts organisations and more coming together under the Sydney Festival banner. In particular, the festival’s new Covid-safe Headland stage at Barangaroo will be something to behold. I encourage all Sydneysiders to come out and safely participate in what will be an extraordinary cultural experience this summer.”

Alongside the Barangaroo program, the festival’s headline events include: Sunshine Super Girl – the theatrical celebration of Wiradjuri woman Evonne Goolagong’s life story which will see Sydney Town Hall transformed into a tennis court; and The Last Season, a provoking new work of dance theatre by Force Majeure that explores human survival and environmental destruction. Inspired by Vivaldi’s The Four Seasons, The Last Season features stage icons Pamela Rabe, Olwen Fouéré and Paul Capsis alongside a cast of 15 young performers.

Rounding out the headline program are H.M.S. Pinafore – director Kate Gaul’s wild reimagining of Gilbert and Sullivan’s masterpiece that puts a 21st-century spin on the song-strewn mockery of class, patriotism and the rise of unqualified people to positions of power; and cult rock musical classic Hedwig and the Angry Inch starring Hugh Sheridan, which will play at the Enmore Theatre.