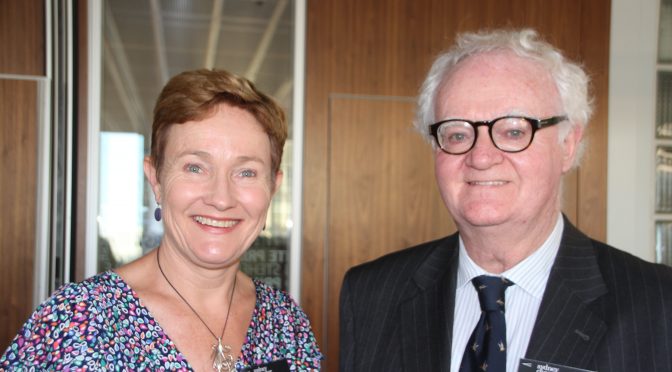 The Sydney Chamber Choir launched its 2017 season at an inner city function. Founded in 1975, the Choir has forged a reputation as one of Australia’s leading choral ensembles.

Highly regarded for its interpretation of Renaissance and Baroque works, it is also a champion of contemporary Australian choral music, having commissioned and premiered scores of works by many established and emerging Australian composers.

In 2017 the Choir will be singing music by Hildegard von Bingen, Monteverdi, Buxtehude, Purcell, Bach, Schubert, Mendelssohn, Brahms, Bruckner, Schoenberg, Britten and others. Cantatas, opera, lyric scenes and chant will be heard resounding throughout the Great Hall at the University of Sydney, a  perfect venue for this remarkable ensemble of musicians to display their talents.

As is the  Sydney Chamber Choir’s tradition most of the soloists will come from  the Choir. However Richard Butler will sing the role of St Nicolas in the eponymous Britten cantata. The N.S.W Public Schools senior singers, under the direction of Elizabeth Scott, will join  Richard Butler and the Choir in this work.

Guest Music Director Sam Allchurch will lead the Choir in a program of nineteenth century Austrian and German music, unusual territory for the Ensemble.

The Choir will perform, in all, three concerts next year. Their performances are regularly broadcast across the country on ABC Classics FM and CD recordings are available on the ABC classics and Tall Poppies label.

For full details of next year’s subscription season visit –