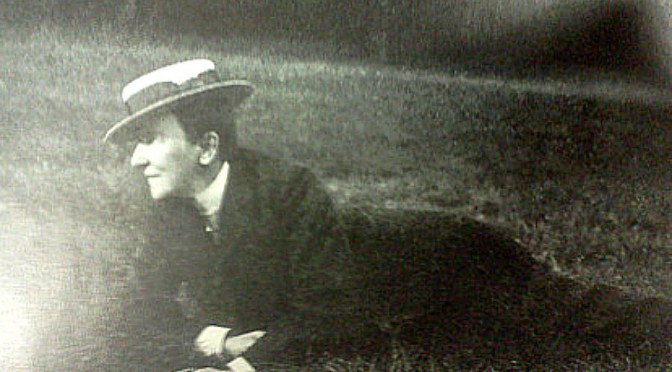 Heather Rossiter’s fascinating  book chronicles the extraordinary life of Jane Dieulafoy and is based on her extensive diaries. Rossiter deftly interweaves and blends themes of  passion, Persian history, politics, power, history and architectural and art history.

This is a medium sized book, elegantly illustrated, with many black and white engravings of Jane’s photographs, as well as various photos of some of the famous sites visited as they were then and are now today.

The work has not been written in  a strict chronological order and jumps around at times almost in the style of a movie but nevertheless remains a pleasure to read.

Nomad tribes and their chiefs, Princes, and Persians from both the highest and the lowest strata of society and assorted functionaries are found in the pages of this book. Particularly vibrant  are the descriptions of the women which range from some vivid, confident tribal women to melancholic often uneducated creatures locked in anderuns (harems).

Their virtual slavery greatly saddened Jane, who was an early feminist, believing passionately that women should be free to live independent, dignified lives. In some ways Jane can be seen as a distant cousin in spirit of the fictitious Amelia Peabody or even the real life Isabella Bird.

Jane Dieulafoy was born Jeanne Henriette Magre to a rather wealthy family in Toulouse, France studying at the Couvent de l’Assomption d’Auteuil in Paris from 1862 to 1870. At the age of 19 she married Marcel Dieulafoy in May 1870. She was fiercely loyal to Marcel and considered herself an equal to him. In 1870 the Franco-Prussian War began. Marcel volunteered, and was assigned to the front. Jane accompanied him, wearing a soldier’s uniform and fighting by his side.

The Dieulafoys first visited Persia to dig in 1881, and would return for two seasons after that. In 1881-82 Jane’s extraordinary journey began in Marseilles and took her to Athens, Istanbul, Poti, Erevan, Jolfā, Tabrīz, Qazvīn, Tehran, Isfahan, Persepolis, Shiraz, Sarvestān, Fīrūzābād, Susa via Būšehr, and Mesopotamia on horseback.

She invented new field methods, monitored the excavation of trenches, and painstakingly photographed, mapped, labelled, and reconstructed everything that was discovered with particular attention to tiles and enamels.

Blue-eyed Jane dressed as a boy to accompany her husband Marcel on digs in Persia, where women were veiled and enclosed, denied rights and treated as second class citizens and objects.

She survived extreme illness, both hers and Marcels, and a miscarriage, as well as attacks by religious fanatics and wild tribesmen. Her incredible travels and adventures led to the unexpected discovery of enameled brick friezes in the 2500-year-old city of Susa. Displayed at the Louvre Museum, Paris, in 1886, the Lion and Archer friezes created a major archaeological sensation and still remain today among the Louvre’s greatest treasures.

Jane was awarded the Legion D’honneur in 1886. Upon her return to Paris in 1886 she forsook women’s clothing completely and obtained a ‘’permission de travestissement” from the police, a legal requirement otherwise she would have been arrested, and wore contemporary men’s fashions.

The politics surrounding the Dieulafoy dig abruptly changed in both Persia and France, and the couple were never allowed to return again.

Jane wrote her first novel, Parysatis, set in ancient Susa. It later became an opera with music by Camille Saint-Saëns. She went on  to write three novels set in the French Revolution.

In 1904 Dieulafoy and several other women bonded together to found the Prix Femina as they were all denied the existing literary awards because of their gender.

Jane and Marcel then turned their attention to Spain and Portugal, photographing and documenting old buildings and churches, and publishing several books.

Marcel was assigned to build roads and railways around Rabat during World War 1. Jane accompanied him and directed excavation of the the 12th-century Yaʿqūb al-Manṣūr Mosque.

Whilst in Morocco, her health began to decline. She unfortunately contracted amoebic dysentery and she was forced to return to France where she died in Marcel’s arms at Pompertuzat in 1916.

What a full and amazing life!

The book’s author, Heather Rossiter, is a scientist, writer and traveller who lives in Sydney. She is the author of Lady Spy, Gentleman Explorer: The life of Herbert Dyce Murphy, and Mawson’s Forgotten Men: The 1911–1913 diary of Charles Turnbull Harrisson, whilst her articles, book reviews and travel pieces have appeared in Australian and overseas newspapers and magazines.

Heather Rossiter’s book is available at leading bookstores as well as online at websites such as Amazon.