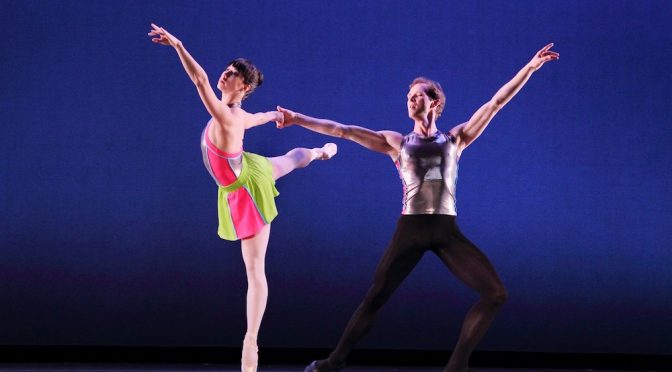 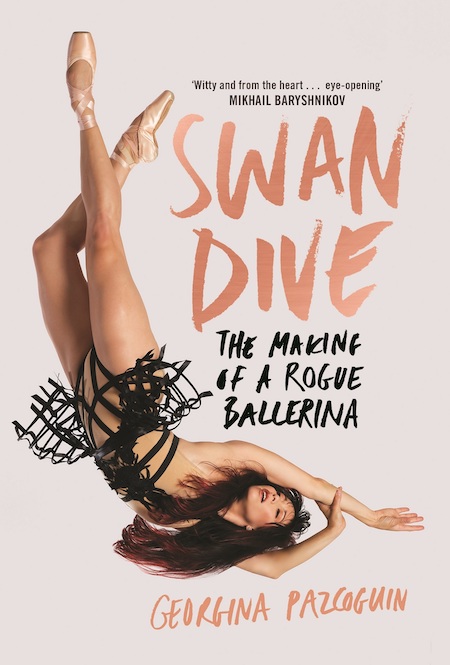 Not your standard ballet book, this is a punchy, hard hitting autobiography by New York City Ballet soloist Georgina Pazcoguin, (aka ‘the Rogue Ballerina’, or Gina or Paz), intimately revealing life behind the scenes of the New York City Ballet ( the world renowned  NYCB) in the Peter Martins era, and what happens in the ballet world – a lot of which is not pretty and quite controversial . Pazcoguin became the first female Asian/American soloist with NYCB

Divided into twenty six chapters, the book is of small to medium size , not too thick (255 pages) with some illustrations in the middle .It is divided into four parts , with an introduction and timeline at the front as well as a list of some of the major people involved (although some names have been changed). It is yet another autobiography that needs an index. The book opens with Pazcoguin heading to a meeting with her boss Peter Martins, thinking she is going to be fired, but in fact she is promoted. SWAN DIVE is written in a fast paced way, with humour and you feel as if Paz is talking to you. Yes, there is some strong language, at times.

At various points throughout the book we read of accidents that Pazcoguin has fallen prey to, both on and off stage – which she describes as twelve ‘Swan dives‘.

While there is a great sense of community and friendship with her friends in the dressing room, we learn how Pazcoguin still feels an outsider and unaccepted to a degree by management, because of her colour and background and at one point weight – she endures ‘ the fat talk ‘, becomes bulimic and undergoes liposuction on her thighs.  This affects her being cast in particular roles that every other soloist except her is scheduled to dance, and how she is in some ways typecast in specific roles ,some of which make her feel very uncomfortable (the role of the Nurse in Romeo and Juliet, in particular).  Pazcoguin angrily reflects on and records one of many episodes with former NYCB director Peter Martins, who “wanted me in a cage, to be okay with his idea of what a dancer who looks like me should be ‘ – meaning she was typecast to a degree and never considered for particular roles.

We follow Pazcoguin from her days at the  School of American Ballet (the feeder school for NYCB if one is lucky).Much is made of her supportive parents and love of family. Paz muses about body shaming, the daily repetitive grind of class and the stress. Also how pianists are a special breed. And how the management continually harped on about commitment to the company, the dancers expected to have virtually no private lives or only brief breaks from performing.

Pazcoguin also talks about the inbuilt misogyny and sexual harassment within the NYCB, naming ballet masters and others. She is one of the few bravely speaking out about it .

She also writes about the annual outdoor seasons at Saratoga, coping with the weather and mozzies and the touring, both interstate and internationally. She reveals the fierce backstage survival mentality encouraged at NYCB and the psychological abuse. We also read about the late night parties, backstage fights and learn how the dancers cope with the annual grind of performances of The Nutcracker (aka The Nutbuster.)

Pazcoguin mentions how there is not really much medical help unless it is drastic, – dancers are supposed to soldier on and ignore the pain.

She also examines ‘transitioning’ for ballet – Pazcoguin has been in a segment of Oh! Calcutta!, and adored playing Anita in West Side Story and Victoria the white cat in Cats (although she is a dog person).

This month Pazcoguin is scheduled to dance a trio of works originally performed by Gwen Verdon as part of the Verdon Fosse Legacy’s presentation at the Fall for Dance Festival at City Centre. Who knows what the future will bring for the NYCB and Paz under the current artistic directorship of Jonathan Stafford and Wendy Whelan. 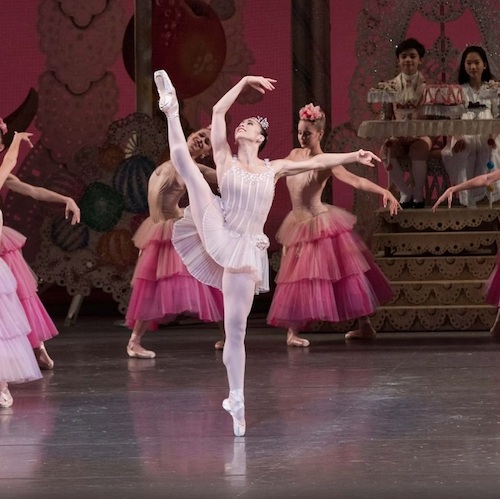