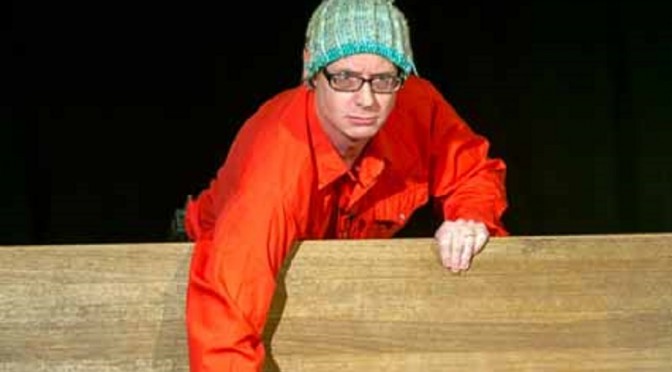 John Knowles’ one man show draws extensively from his childhood in Nova Scotia. The rambling monologue features many tales of his father, who ran away from home when he was fourteen to become a cowboy in the Rocky Mountains, his bizarre recollections of his school friends, his mother’s incomprehensible sayings and his many brushes with death.

The humorous stories are mixed with some poignant tales, which is initially a little disconcerting considering this show is part of Sydney Fringe Comedy. However, Knowles has struck a good balance which works very well as a one hour piece of entertainment.

Knowles’ father was a larger than life character and as we discover cowboys don’t make good fathers. A good father wouldn’t replace the bow and arrow, which was confiscated after nearly killing someone, with a rifle. This one of John’s many stories that are funny but also quite chilling.

It is amazing that a self confessed nerd was bootlegging when he was in high school, exploding home made bombs and mocking an armed robber. Fortunately, Knowles weaves these events into an engaging and surprisingly sweet narrative. There are lots of quirky stories but the sense of shared intimacy lifts this show to different level.

STORYTILLER is on at The Factory, Marrickville until 14th September. The Sydney Fringe Festival runs until 5th October.