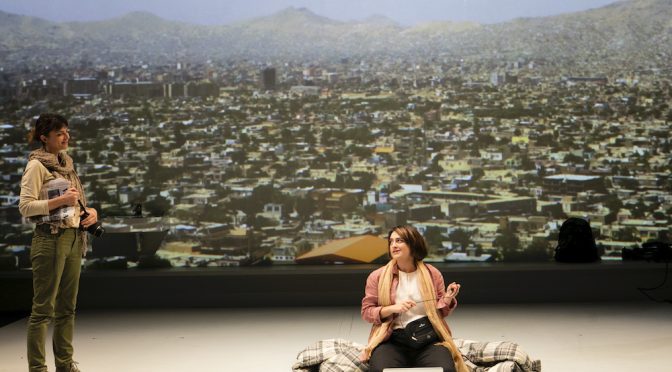 “It’s a horror movie there on my TV

Horror movie right there on my TV

And it’s shockin’ me right outta my brain”

I have a good friend who flatly refuses to watch the news. If I switch on the news she’s out the door in a flash. She says it’s too distressing. It’s negative energy.

Sure it hurts one’s head to cope with too much reality. Sometimes it does shock one right outta one’s brain. But think about this. How much harder is it for the journalists who actually investigate and report these stories?! They are on the front line. They are right there, whilst we watch these events on our televisions from the comfort of our living rooms.

Over the last decade, two senior ABC journalists, both foreign correspondents, have chosen to tell their stories of what their lives were like, reporting from trouble spots around the world.

First there was Zoe Daniel’s memoir ‘Storyteller’, published in 2014. This was a fascinating account of Daniel’s time as the ABC’s fifteenth South East Asian correspondent, covering many events including the political unrest in Bangkok, and the destruction of Typhoon Haiyan in the Philippines. All the while Daniel was raising a young family.

Now is the time for fellow ABC journalist Sally Sara to tell her story. Well, to be more precise, to tell the story of her time reporting from war-torn Afghanistan. A long time theatre lover, going as far back as childhood, Sara has dramatised her experiences to put together her first play STOP GIRL currently playing upstairs at Belvoir Street.

It is a torrid experience, as one would expect. The play starts with her final days in Afghanistan. The theatre pulsates with a simulated bomb explosion, intentionally meant to make us feel uncomfortable

Soon Suzie (the name the playwright gives herself in the play) leaves her posting, and she returns back to Sydney where the rest of the action takes place.

Robert Cousin’s set is sparse so we have to use our imaginations to navigate the different locations Suzie visits.

Brief video clips, interspersed through the play, are played on a large screen spanning the stage’s back wall.

Sheridan Harbridge gives an outstanding performance in the lead. She never loses focus, and makes the most of her big scenes.

Suzie finds settling down back home difficult despite the welcoming attention of her mother Marg, played by veteran actress Toni Scanlan. Like most mothers would be, she had been angst ridden about her daughter putting her life in harm’s way overseas.

Amber McMahon plays her best friend Bec who spends a lot of time with her as she reorientates herself.

Suzie also spends a lot of time with Atal, played by Mansoor Noor, the young Afghanistan man who worked for her back in Afghanistan, before his life became at risk, and she managed to get him brought to the safe arms of  Australia.

Deborah Galanos, another great veteran of the Sydney theatre scene, plays the unnamed psychologist who Suzie consults, after she has crippling flashbacks of her time in Afghanistan, and diagnoses her with Post Traumatic Stress Disorder.

What had kept Suzie going through her time in Afghanistan was her philosophy that she could cope as long as she didn’t get emotionally involved with the victims of the tragic conflict. ‘Don’t connect’ was her mantra and she clung to it as her experiences grew ever darker. Her striving to distance herself emotionally also meant that she became more unavailable to her family back home.

So, a note to end on. For me, the most appealing aspect of the play was the way that the writer ensured that her personality came through, such as her witty observations of life in the eastern suburbs and her down to earth sense of humour.