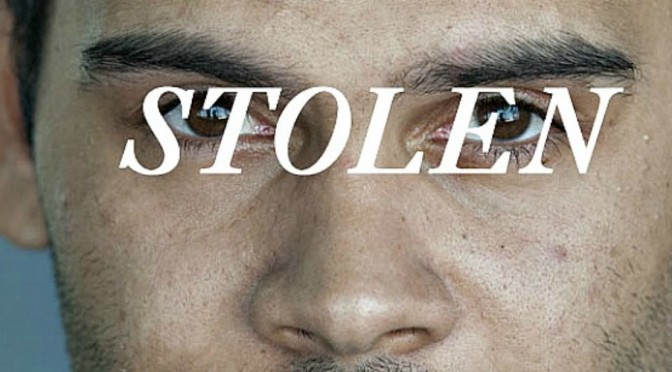 It is eighteen years ago since this play was first produced. STOLEN was written by Jane Harrison, a playwright of Muruwari descent, who has said she most resembles is the character of  Ann , in this production played by Matilda Brown.

Harrison’s challenging play tells the true stories of just a few of the many thousands of Aboriginal children, known as the Stolen  who, in the century up until the early 1970s, were forcibly removed from their parents by Australian state welfare agencies.

These children were told to forget their homes, family and culture. Some were adopted by white families, but many grew up institutionalised in children’s homes, where physical and sexual abuse was common.

The cast of five tell their individual character’s stories but also act as representatives of all Stolen children.

Harrison’s play fluidly shifts back and forth in time: although the five actors play together, they also represent different eras, and are not necessarily in the institution together at the same time. So the play also explores the impact of government policies over generations. Presented crisply their stories are told simply, fiercely and passionately.

This current production has been directed by
renowned Indigenous performance maker Vicki Van Hout who is of Wiradjuri descent in the small, intimate Lennox theatre the set was a large tree covered in multi coloured yarn and dangling apples. There’s also a window frame with vertical drapes that acts as a projection screen at times, and a series of cardboard boxes of various shapes and sizes that become everything from a desk, a fire engine, a bed and a deckchair…

The exciting soundscape included an old fashioned typewriter and its banging keys, snapping clicking fingers, the ‘Vegemite’ song, voiceovers of letters and a call centre scene where the cast of five become unable to reach the correct department or are frustratingly stonewalled by government bureaucracy after being placed on hold for hours.

Van Hout’s work as a choreographer and dancer means  that STOLEN has been transformed more into a physical theatre piece, dance interweaving across song lines. Some of the action is quite sculptural and acrobatic, at other times traditional Aboriginal/Torres Strait Islander style dance is used .

The cast mock fight and play, creating shapes (the use of shadow is great) and draw on emotions that range from searingly distressing to pleasing, conveying their hopes and dreams as they battle through their self loathing and despair.

Some of the monologues by the children about being abducted, or their parents trying to trace them, are extremely powerful, such as Shirley’s (Henrietta Baird) monologue, about being a Stolen child who goes on to see her own  children stolen.

Forbidden stories of the Dreamtime and mythology, and the nightmare of colonial invasion are also included.

Sandy (Kerri Simpson) reveals the horrific story of her mother and other women placing sand inside themselves, in an unsuccessful attempt to stop white men raping them,

Ruby (Berthalia Selina Reuben) descends into madness – at one point she talks to her mother, or so she thinks is, but she is actually talking to a doll.

Ruby has childish dreams about the lolly shop and new dresses, and is repeatedly selected from the line-up to be kicked and bullied into service for white people as a household drudge. Her gradual slide into madness also hints at institutional sexual abuse , with her whispering, “I promised not to tell.”

Jimmy (Mathew Cooper), is never chosen for adoption and is wrongly told his birth mother is dead, with her letters and presents furtively  discarded by the government.

The second work in the first season by the National Theatre of Parramatta,  STOLEN reflects the Riverside’s mission to present work that resonates with audiences, allowing them to immerse themselves in issues that have dramatically and unfairly impacted on the well being of our indigenous community.