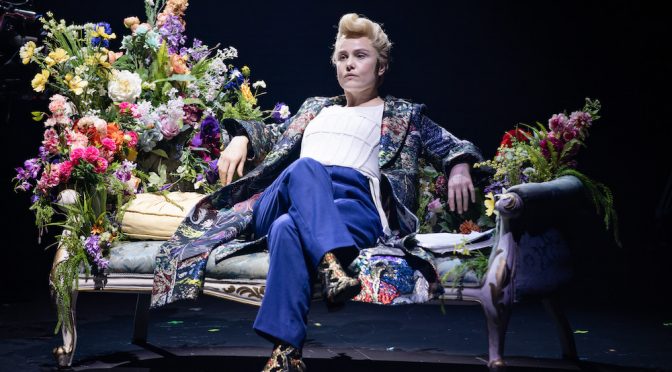 In the first agreement of its kind in Australia, STC’s productions will have the opportunity to be transferred or remounted as commercial productions to entertain audiences in new markets, with the intention of touring across Australia and internationally.

The first production to benefit from the partnership with international touring will be STC Artistic Director Kip Williams’ critically acclaimed adaptation of Oscar Wilde’s The Picture of Dorian Gray. Written and directed by Williams, Wilde’s century-old fable of beauty, excess and a deal with the devil becomes a spectacular mirror to our times and an odyssey of theatrical storytelling.

In a virtuosic performance, Eryn Jean Norvill plays all 26 characters as multiple live cameras and pre-recorded video allow her to create an audacious cascade of theatrical transformations. The show premiered to five-star reviews, sold-out audiences, and two season extensions in 2020 and will return for an encore in STC’s 2022 program.

The agreement comes as part of STC’s ongoing dedication to producing Australian works of ambition and scale, and to developing work that can be shared through regional, national, and international touring, partnerships, and outreach activities.

STC will work closely with MCG across their long-term development projects. The first-look deal starts immediately and encompasses worldwide rights.

Sydney Theatre Company Artistic Director, Kip Williams said: “I am so thrilled to be partnering with the visionary Michael Cassel and everyone at MCG as we look to take STC productions to new audiences in Australia and overseas. I continue to be inspired by the brilliant work of Michael and his extraordinary team and I’m very much looking forward to working together, developing new work, and creating new opportunities for our artists”

Michael Cassel Group Producer and CEO, Michael Cassel said of the announcement: “As Australia’s pre-eminent theatre company, STC has a wonderful legacy of creating compelling, ground-breaking theatrical productions. The brilliant Kip Williams and his talented team clearly share our passion for creating incredible theatrical productions that inspire, engage and entertain. This innovative agreement allows us to be able to pursue opportunities for these productions to be shared with a greater audience, on stages in Australia and around the world. I look forward to working closely with Kip and the entire STC company in producing original productions that showcase Australian talent and theatrical creativity for an international audience.”