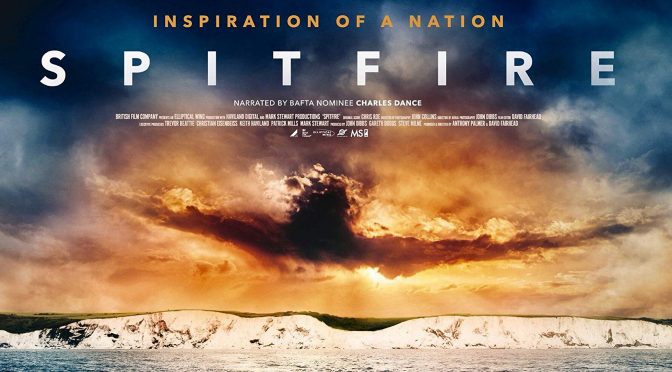 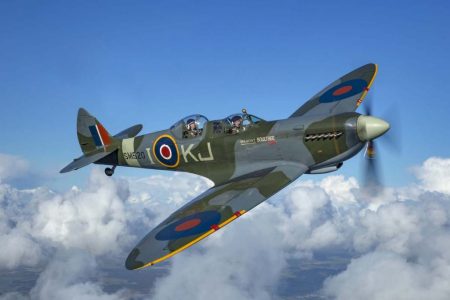 Its beginnings were as a race-winning seaplane in the 1920’s. In an era of wood and canvas biplanes, designer RJ Mitchell created a 400mph metal monoplane.

It was beautiful. A dream. But for all her good looks, it was a killing machine. And to opposing forces engaged in dogfight this dream was a nightmare of out manoeuvrability.

It is the story of an aircraft that was forged in competition, shaped as the war clouds gathered, with some design elements pilfered from Germany, ironically, and refined in the white heat of combat – going on to become the most famous fighter plane ever made.

With stunning aerial footage from arguably the world’s top aviation photographer, John Dibbs, the film also contains rare, digitally re-mastered, archive footage from the tumultuous days of the 1940’s when her power in the skies was unrivaled, spitting fire into Luftwaffe offenders.

Delivered to the Royal Air Force a year before war broke out, its moment of glory came in the summer of 1940 during the Battle of Britain. The young fighter pilots of the RAF fought a deadly aerial war with Hitler’s Luftwaffe in the skies over Southern England. If they failed, Britain would fall.

It is interesting to hear the varying tones voiced – some fairly cavalier, others having experienced face to face combat, sombre over the waste, futility and bitter irony of war.

However, the fox was in the hen house in 1940 and needed to be routed. It has to be argued that Spitfire was, during the Battle of Britain at least, a defensive weapon against an offensive onslaught.

Spitfire, piloted by young, inexperienced men, picked and pecked and became the scorn of the corvine swerving Luftwaffe.

No Plain Jane this plane, Spitfire was angel of death and saviour all rolled into one.

Directed by David Fairhead and Anthony Palmer, narrated by Charles Dance, accompanied by a sweeping, soaring score by Chris Roe, SPITFIRE is documentary making of a high plane.