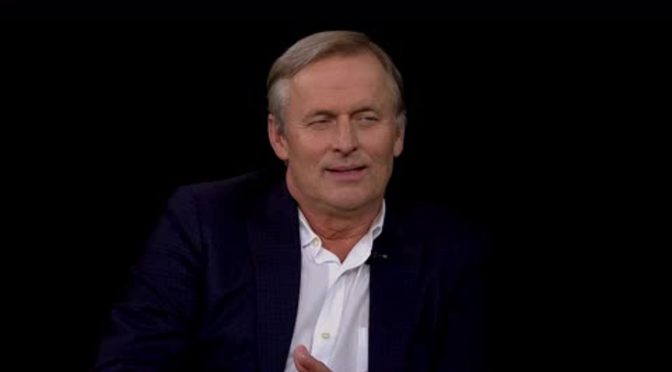 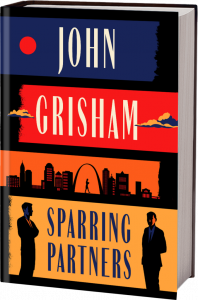 How does he do it? SPARRING PARTNERS is John Grisham’s 45th book of fiction, and it could be one of the best. It is not part of the Theodore Boone series his fans would know well. It is  three unrelated stories or novellas: Homecoming, Strawberry Moon and Sparring Partners after which the book is titled.

All three stories are set in the American south. Grisham grew up in Mississippi, was admitted to the Mississippi bar and was elected to the state legislature. He certainly knows his material. He turned to writing fiction in his mid-thirties. Now, aged 67, he is still writing legal mysteries brilliantly and still living in the South, in Arkansas.

In Homecoming, a small town lawyer steals his client’s money, leaves his family and disappears to South America. Years later he asks a friend, also a small town lawyer, to help him return and to arrange meetings with his daughters. Will the friend be liable for any assistance he gives? Will the absconder be caught? Will justice prevail? The story is unpredictable to the last page, and you just have to get to the end.

In Strawberry Moon a young man is sentenced to death for murders he did not commit. The man has been on death row for over a decade. There are many last minute attempts to gain a reprieve. The relationship with his lawyer is finely crafted. The young man’s difficult life is slowly revealed. This story at times reads like an earnest protest against the death penalty in the southern states. The man was not the murderer yet he is on death row. Mr Gresham is making a strong case for reform.

The sparring partners in Sparring Partners are the leads in a once prosperous but now barely functioning law firm. The founder of the firm is in jail for murdering his wife. His two sons are partners in the firm and fight like demons. Of the three novellas, this one has the most complex plot, the most legal machinations and the most unpredictable outcome. Here, justice is done and we cheer the ending.

SPARRING PARTNERS by John Grisham is published by Hachette Australia, an imprint of Hodder & Stoughton, 2022

Also in Hardback and eBook