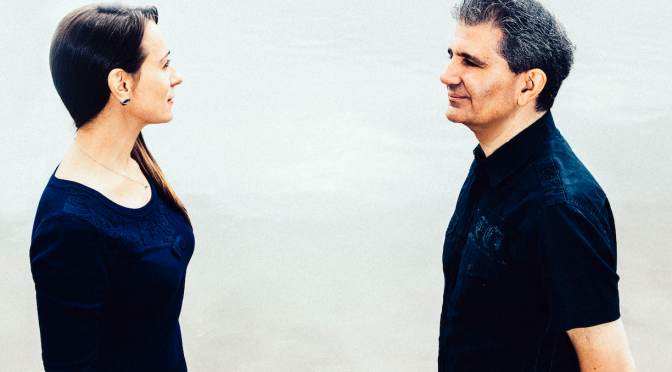 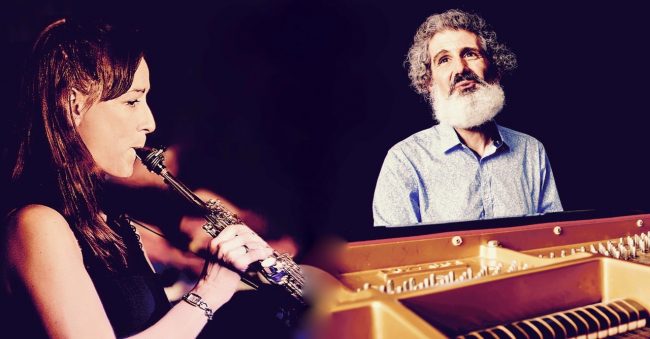 Some Of Two Parts is Mark Isaacs on piano and  Loretta Palmeiro with soprano saxophone  and on Sunday they will thrill with  MAGICAL MUSICAL JOURNEYS IN A BOHO BAR.

Built on a jazz-meets-contemporary-classical bedrock and with folkloric elements, Two Parts mimic and play, complement and contradict, create and evolve in real-time composition. Musical qualities of the Iberian Peninsula such as flamenco and fado are also visited. What results can be brash, delicate, passionate or furious. But this is just the beginning…

Accomplished pianist and composer Mark Isaacs has been exploring the spirit of “duende”, the dark and soulful current that can run through even the most animated music. In meeting and playing spontaneous inventions with creatively versatile saxophonist Loretta Palmeiro he found a like-minded soul and a spirited duo was born. Loretta is the consummate saxophonist and multi-instrumentalist. An Australian Arts Council recipient, co-leader of the Spyglass Gypsies and Alma Orquestra, Loretta has played with the “Mara” Band, Sirens and the Divergence Big Band, the Australian Symphony Orchestra, and is a casual musician with the QSO. Like Isaacs, Loretta’s studies in music originated in the classical hemisphere all the while being coupled with an explorative passion for improvised music.

Some of Two Parts perform all original compositions by Mark and Loretta. They have made several radio appearances and received acclamations at their major debut performance at the 2017 Sydney International Women’s Jazz Festival. With five years in the making this exciting duo will take listeners on a thrilling journey as they paint the canvas of time with their musical creations.

MAGICAL MUSICAL JOURNEYS IN A BOHO BAR [Facebook Event] from Some of Two Parts [Facebook]plays at the Newsagency [Facebook] on Sunday November 18 and Sunday December 16.

See them in action on YouTube or hear their work on Soundcloud.