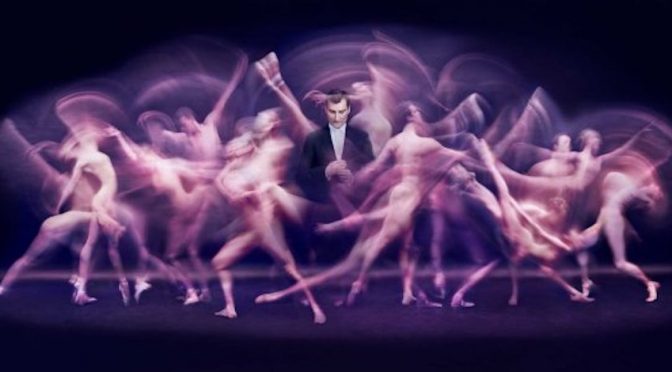 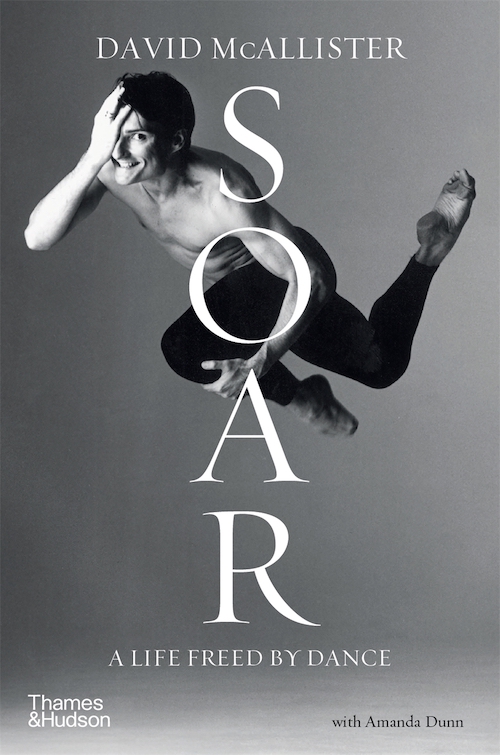 This is a fascinating autobiography by the current artistic director of the Australian Ballet David McAllister, written in conjunction with Amanda Dunn.

David McAllister was born in Perth and his is a story of courage and following your passion. McAllister has almost always belonged onstage.

In his memoir we follow him from when he was the middle child in a Catholic family, who knew nothing about dance, observing himself twirl in the reflective glass of the TV and dreaming about becoming the next Rudolf Nureyev. As a little boy taking ballet lessons, he was viciously bullied.

Every time he was told ‘no’, he simply tried harder and did what he loved – danced. Things changed – he represented Australia on the world stage.

Joining The Australian Ballet in 1983 he was promoted to principal artist in 1989. During his time performing with the company, he danced many principal roles, including those in The Sleeping Beauty, Don Quixote, Coppélia, John Cranko’s Onegin and Romeo and Juliet, and Jirí Kylián’s Stepping Stones.

In 1985, he won bronze at the Fifth International Ballet Competition in Moscow. Throughout his performing career, McAllister made numerous guest appearances worldwide, including dancing with Bolshoi Ballet, the Kirov Ballet, The National Ballet of Canada and, in 1992, as part of a Royal Gala performance in London in the presence of the Princess of Wales.

The book discusses the injuries he sustained before he stopped performing. In 2001, he retired from performing and became Artistic Director of The Australian Ballet.

In SOAR McAllister considers his dance journey, his various relationships, acknowledging his sexuality and coming out’ to himself and family and friends, and the combination of talent, lucky timing and dedication that gave rise to his transformative career.

The book is relatively light and small, has a Table of Contents at the front and an excellent index at the back. Photos (both black and white and colour) are in the middle.

It is excellently written in a warm ,friendly tone. Some of it is incredibly , intimately frank and revealing . SOAR opens dramatically with his first sexual experience , fixing the idea in the readers mind that the book is not just about his career but McAllister’s long term fight struggling to acknowledge his sexuality – to himself and others.

While his younger brother had already “come out” as gay, McAllister did not formally “come out” to his family until 2008, when he was 46 years old. It wasn’t until he met Mr Right, theatre director Wesley Enoch, that he felt ready to settle into an open and committed relationship with a man.

SOAR is also a fascinating insight into the stresses  and successes of being an Artistic Director – McAllister discusses casting and programming, audience development, administration, philanthropy, the development of the education section of the Ballet, and company morale. As well he discusses how he introduced paid parental leave and introduced services to help dealing with body image. Also the musical side of things and Nicolette Fraillon’s inspired leadership.

He also talks about becoming Artistic Director and what it means to take on this position.  A smash hit success which McAllister commissioned was Graeme Murphy’s Swan Lake, which has toured internationally.

As a director/choreographer, he gifted the company with a new production of The Sleeping Beauty, established the Bodytorque series and worked on the Storytime Ballet series.

McAllister also writes about some of the major influences in his life – Dame Margaret Scott at the Australian Ballet School , Kelvin Coe , Rudolf Nureyev , Maina Gielgud and others and his long-time partner Wesley Enoch. Much is made of the different directing styles of Gielgud and Stretton and how this affected the company.

At the end of the book, fifty years after his first ballet classes and twenty years of being Artistic Director McAllister asks – what of the future ? He has plans to choreograph a new Swan Lake for the Finnish National Ballet for starters.

With the current Covid pandemic crisis it will be very interesting to see what happens next , both for McAllister and the Australian Ballet under the new Artistic Director as of 2021 David Hallberg.

Amanda Dunn is the politics and society editor for The Conversation. Prior to that she was a reporter and editor with The Age for sixteen years.