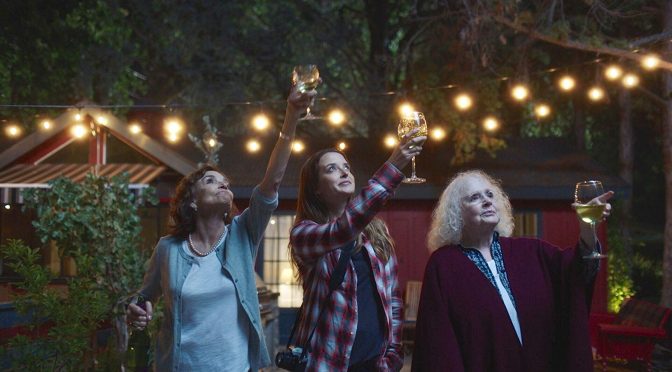 As the three generations of women meet for the weekend there are obviously some topics that are “forbidden”.  ‘What ifs’ is right up there. Along with the perils of too much drinking, smoking and wallowing in grief and betrayal.  And that’s just the mother.  Daughter has issues aplenty too.  But this is a ‘what if’ story, a wistful peek back, precipitated by the square photos lately developed from the grandmother Rose’s long forgotten box brownie.  What follows is a quality film of considerable appeal, in which the excellent cast bring to life a story rooted in truth.  A truth to sit beautifully in Queer Screen’s Mardi Gras program.

Piper Laurie plays the elder Rose with an easy and hard fought for wisdom and Laurie’s performance is mesmerising.  Her ability to express an in-concert exactness of mood as the film swiftly cuts from flashback to modern close-up is masterful storytelling.  Not unengaged, yet with a dispassion wrought by experience, Laurie is loving but measured.  In the flashbacks to younger Rose, played with a vibrating interiority by Shannon Collis, we see full force the reserve and fear that drove her choices.

It is then that we meet the woman in the photos and she,  Louise, is a force of nature.  Emily Goss brings a Louise as vibrant and fiery as her never restrained red hair.  Impetuous, spontaneous, given to quoting poetry and politically aware of the social injustices which are becoming part of the American conversation.  Her enthusiasm is catching and she is just gorgeous!  Both she and the tightly chignoned Rose are married and their husbands are good men whom they love and are loved in return.  This is a respectful film and no more so than in the contemporary relationship between granddaughter Allison and daughter Patty.

Allison (Emily Baldoni) is stuck in her marriage.  She is frozen in a relationship with a husband she cares for, in her way, yet is conflicted about why they are together.  Patty, (Brooke Adams) daughter and mother both, is a wreck.  Jealous of the grandmother/ granddaughter relationship and scarred by unresolved marital disappointment.  This is a slow burn film created with a traditional and comforting storytelling.  The three generations speak civilly to each other, hysteria is avoided even when things get heated and truthful.  The conversations are genuine and there a strong accuracy about how women engage when negotiating around family crises.  These are wounds not fissures.

The events and themes of SNAPSHOTS will need no explanation to Lesbian filmgoers, this is familiar territory and Director Melanie Mayron has crafted the film with the dignity of women’s experience integral to its realism and emotional impact.  The narrative definitely surprises in places, tropes are avoided and the quality of the filmmaking is terrific with no unpleasant soft shot exploitation … a la ‘Colette’.

The two periods of the film, predictably, are coloured for ease of immersion in the story but what is strikingly unpredictable in the visual style is the colours.  The brightness of the 60’s in clothing and climate is a summer delight to watch.  Warm in the way of a fire on chilly nights, the modern scenes have a darker feel and the use of practical lighting gives an intimacy that plays with shadows of the past.  Loss and longing.  The music has a comforting repetitive phrasing which is lightly overlayed with the emotion, love is expressed with the purity of single piano.

Sad in places and heart-warming in others, SNAPSHOTS is a film to savour for its wonderful performances, ease of enjoyment and uplift of representation. 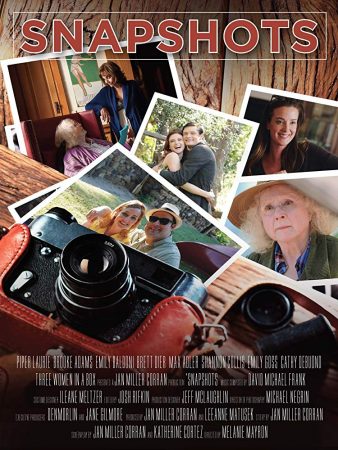