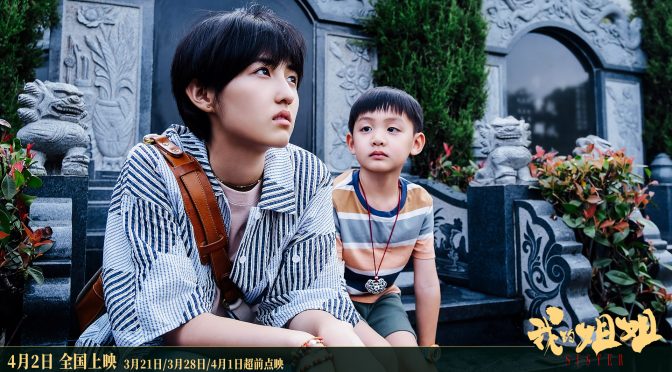 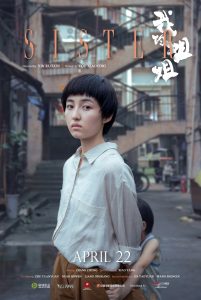 Families are a car crash.

SISTER begins with a fatal car crash that renders An Ran and her little brother, Zhieng, orphans.

However, there is a major age gap between siblings and an emotional chasm that needs to be bridged.

Political edict of the one child policy made trying for a preferred son difficult, made even more psychologically devastating to the daughter as bureaucratic loopholes forced her to feign disability in order for her parents to conceive the desired son.

Estranged from her family and determined to make a mark for herself despite her dreams of becoming a doctor railroaded by education funding funneled into the son’s future, An Ran is suddenly saddled with a child. Stranger sister becomes surrogate mum.

A competent nurse, An Ran is determined to study at medical school in Beijing, and wants to place out Ziheng for adoption but encounters opposition from her relatives.

Faced with the patriarchal family environment, An Ran comes to a crossroad of her life: to pursue her dream with living an independent life or to raise her younger brother she barely likes.
SISTER is a sensationally charged film about the dynamics of family, traditional culture and social normatives.

Xiaoying You’s screenplay is a superlative piece of screenwriting, dense with intellect and raw emotion, and under Ruoxin Yin’s sensitive direction, Zifeng Zhang soars as the fiercely independent, slightly damaged but ultimate survivor, An Ran.

If you’ve enjoyed movies like Minari and Nomadland so far this year, then you’ll thrill to SISTER, a film that illustrates behind even the darkest clouds there can be a sibling lining.