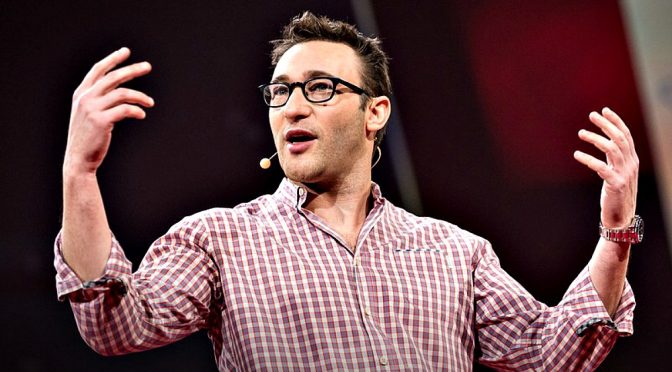 Marketing consultant, management guru and author Simon Sinek, is back in Australia for his latest speaking tour.

In a press conference that was held at the Melbourne Convention Centre ahead of his sold out Start With Why Leadership forum, organised by The Growth Faculty, that also includes Sydney and Auckland, Simon, a former advertising executive, told the media crowd that he was thrilled to be back in Australia and New Zealand for the 3 day engagement. Leadership consultant and executive coach, Peter Docker, will also be joining him in the all-day event that includes speeches, workshops, networking lunches and training development seminars.

Sinek is the author of three books : the 2009 bestseller Start With Why: How Great Leaders Inspire Everyone to Take Action, Leaders Eat Last: Why Some Teams Pull Together, and Others Don’t and Together Is Better: A Little Book of Inspiration.

He is best known for popularizing the concept of Why and The Golden Circle Principle which has lead him to appearing and speaking everywhere from TED conferences, The New York Times, the United States Military and the United Nations. He has acted as an adviser and consultant to major organisations and businesses.

His views on the millennial generation in an interview which has been viewed over 60 million times online, famously describes the younger generation, those born between 1982 and 2004 as, “not lazy, but just misunderstood and their behaviours are the result of their parenting, getting ‘participation medals for coming last, an addiction to the instant gratification culture driven by social media and technology, and an inability to build deep relationships in any area of life.” He has received both praise and criticism for his views.

Born in Wimbledon, England in 1973, Sinek studied cultural anthropology and became an ethnographer (studying human societies and cultures and their development) and then moved to the United States.

He has had an impressive career; however, it was never planned out. When asked what he wanted to do when growing up, Simon told Sydney Arts Guide, “I had always wanted to be an astronaut when I was young, then I thought I wanted to be a lawyer, went to law school and dropped out, went into advertising and became a marketer and that was fine until I fell out of love with it.

Sinek’s engagements in Australia include a Leadership Forum at the Melbourne Convention Centre and another forum at the International Conference Centre in Sydney. Sinek then travels to New Zealand for a speaking engagement in Auckland.