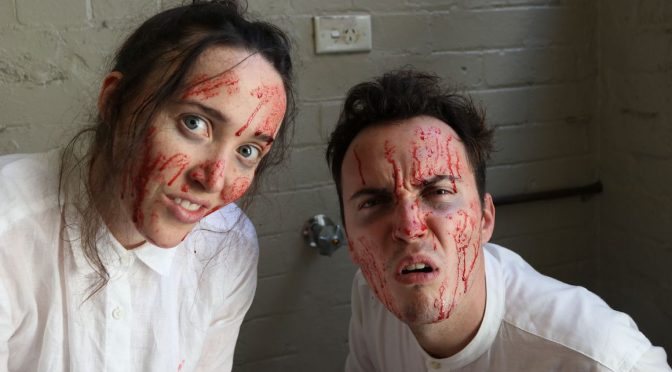 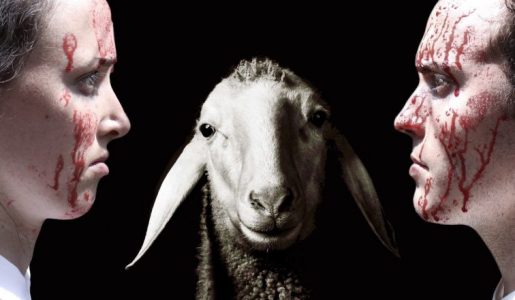 Theatre as thesis, SILLY TO THINK is silly as in absurd and it certainly drives you to think.

Silly to think? Not on your Nelly, or your Aphrodite.

In SILLY TO THINK, playwright Sophie Davis conjures Aphrodite to ponder the internal sickness of the individual soul within the half shell of the absurd yet grimly deterministic as any Greek tragedy.

SILLY TO THINK was written in conjunction with the author’s master’s thesis, a paper pivoting on gender oppression inherent within the Theatre of the Absurd.

There they are, rod in hand, like erect penises, equipped with a reel that knows no reality.

There they are, on a jetty, suffering pier pressure. They cannot catch fish as there is no water. And yet death by drowning is an imminent fear.

They are visited by Aphrodite, who one myth thread posits, was born of the castrated Uranus. Although the Goddess disclaims castration complex and daddy issues as permeating patriarchal play making and psychoanalyses, she doth protest too much, relents and relinquishes and incorporates such fetish into the show.

But by incorporation, Davis unfetters the fetish, gives Freud a fry, and furthers her quest for questioning.

Production values are strong. The set made of pellets serve as both ascension into heaven, Aphrodite’s eyrie, and earthbound dry dock. A black, backcloth has orbital projections – spheres of myth- that enhance the narrative.

Jordan Stam is a mighty Aphrodite, mixing the metaphor and wrangling the rhetoric. Aimee McQueen and Brodie Masini bring brio to Theo and Rat, fishing for reason, devoid of purpose, awaiting annihilation by a giant wave in a world without sea.

Davis co directs with brother Chris, grinding an axe where sometimes the sparks refuse to fly. That’s when thesis threatens the theatre. Thankfully, most of SILLY TO THINK is sharp and clear.