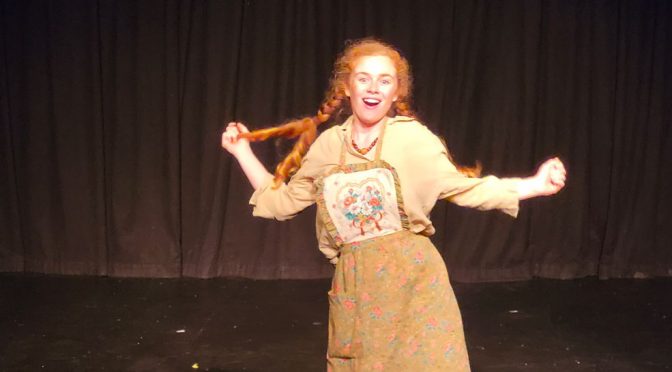 Short+Sweet Theatre Illawarra 2021 – Wollongong’s delicious contribution to the world’s largest little-play festival. Perfectly presented with swift changeovers between each play, provided the unique and rewarding experience, from experiencing the best of the best, which is Short and Sweet Theatre.

In Wollongong, everyone in the audience were all correctly wearing their disposable face masks, and of course face masks were not misused, as the infamously useless “neck-nappy”.

(3) TALK TO THE HAND
Dialogue Intensive dramedy, paranoid-schizoprenia fully revealed, when you talk to your hand, and then your hand talks back to you.
Written by Rodney Marsden (Corrimal) *
Directed by Gabriela Gonzalez STARRING Matt Bonnici and Michelle Phillips

(9) YOU WON’T BELIEVE
Entertaining and very clever short-story comedy monologue in two voices. Debbie Neilson is quite superb as Grace, and also is splendid as her wheelchair bound mum. To finally find the love of her life, Grace uses an online dating app. Grace falls deeply in lust with the handsome alien-probed cat-fishing Marcel. Audience comedy favourite of the night.
Written and directed by Frank Leggett (Sydney)
STARRING Debbie Neilson

(10) DO NOT GO GENTLR
Comedy galore in Gotham City USA, as our older DC seniors, Bruce And Clark plan ahead.
Written by Graham Yates (Sydney)
Directed by Sara Nazemi
STARRING Ed Weich and Will Worthington