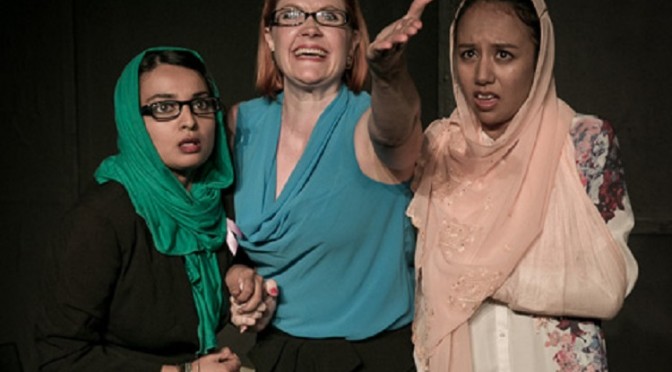 The third week of Short and Sweet Theatre Top 80 featured eleven theatre plays as created by eleven playwrights, with consistently believable scenarios as fleshed out by the actors’ performances throughout the night, with each play less than ten minutes.  A night of outstanding performances.

CRY FOR ME was the opening monologue performed by Alice Furze and written by Pete Malicki (S+S Festival Director) makes you think about the living and the dead, with very clever dialogue and perfect timing.

MUM’S ARMY with Sue Broberg is the strangest army recruitment ritual that you are ever likely to encounter.

THEATRE IN THE RED is a hilarious comedy about a malicious director wanting a young playwright to become the producer.

THE TREEHOUSE with an outstanding monologue delivered superbly by Lewis Scamozzi about deep secrets, and you will not realise where you really are until the last words of the play.

LOCK UP YOUR CHAPARONE is the drama standout of the night, with Claire Stewart-Moore as a very spirited Wendy and the strangest nanny (Newfoundland Dog) and events take a very twisted unexpected path.

WHERE YOU WOULD LEAST EXPECT clever comic twist with two fresh singles, at their first swingers party.

MOONAGE DAYDREAM a comedy about the alcohol-fuelled after effects of a David Bowie concert on a long marriage.

INAPPROPRIATE is an excellent volley of words and incriminations and happenstance and hidden domestic resentments, with impressive delivery by Sally Williams.

ELEMENTS INC a unique message piece that allows you to think more about saving this endangered planet.

UNVEILED is a message drama, set as a cross-cultural satire.

GUIDED BY VOICES the well rounded evening finished with a delightful witty comedy about the conflict with all our inner voices, with Nat Jobe as the standout inner voice.

Filled with great entertainment, this week is not to be missed.  Highly Recommended