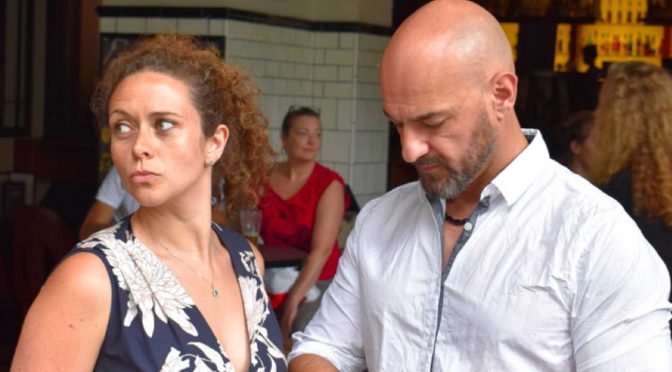 Short and Sweet is “The biggest little theatre festival in the world” and now returns for the second week of “live on stage” delights, providing wonderful plays in bite sized morsels, each under ten minutes. Twisted Comedy, Elegant Drama, Potboiler Mysteries, and the incredibly weird too.

Second year in this big new venue for S+S, and comfortably seating a maximum of 171. Top 80  WEEK TWO  Thursday 14th February 2019 until Sunday. The S+S festival has new shows every week for eight weeks, and runs through to April 2019. 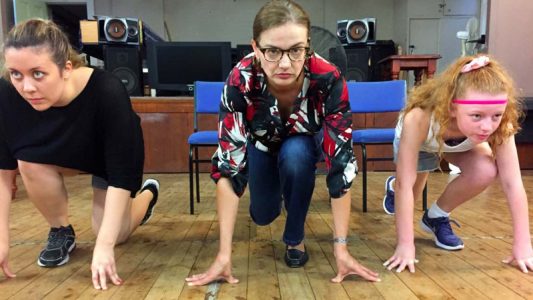 (2) FINISH LINE
Written and directed by Lisa Kelaher
Starring: Samantha Lee, Kiera Dzeparoski, Coralie Bywater
Interesting message comedy, perfectly directed, we discover a former sprint champion who is now competitively running the business of a fitness-shoe sales-woman. Still dealing with her runners angst, as she tries to up-sell size seven shoes to the unwilling and the willing.

(4) FROZEN IN PEAS
Written by Deanna Ableser
Directed by Tony Guyot
Starring: Rachael Tant, Kurt Bayly
Dystopian ultimate judgement day court drama, as everyone is now required to eat nine thousand frozen peas per year, or do they? Guilt and life and death. In a courtroom, unexplained Monty Python existential crisis to be solved by the judge. 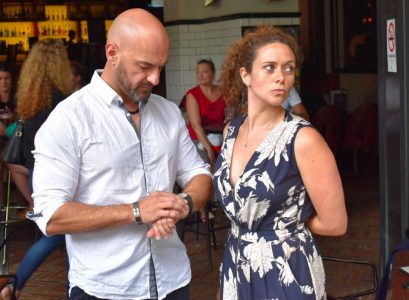 (6) WAITING FOR THE GODOTS
Written by Robin Schlaht (Canada)
Directed by Richard Kennett
Starring: Alexandra Strehl, Steve Stojcevski
“To be in love, OR not to be in love?”  The other married couple has yet to arrive.  She is dissecting her marriage, whilst queuing for their reserved table at a curry restaurant. Tonight should they choose the a-la-carte curry menu OR gorge themselves on the curry buffet? 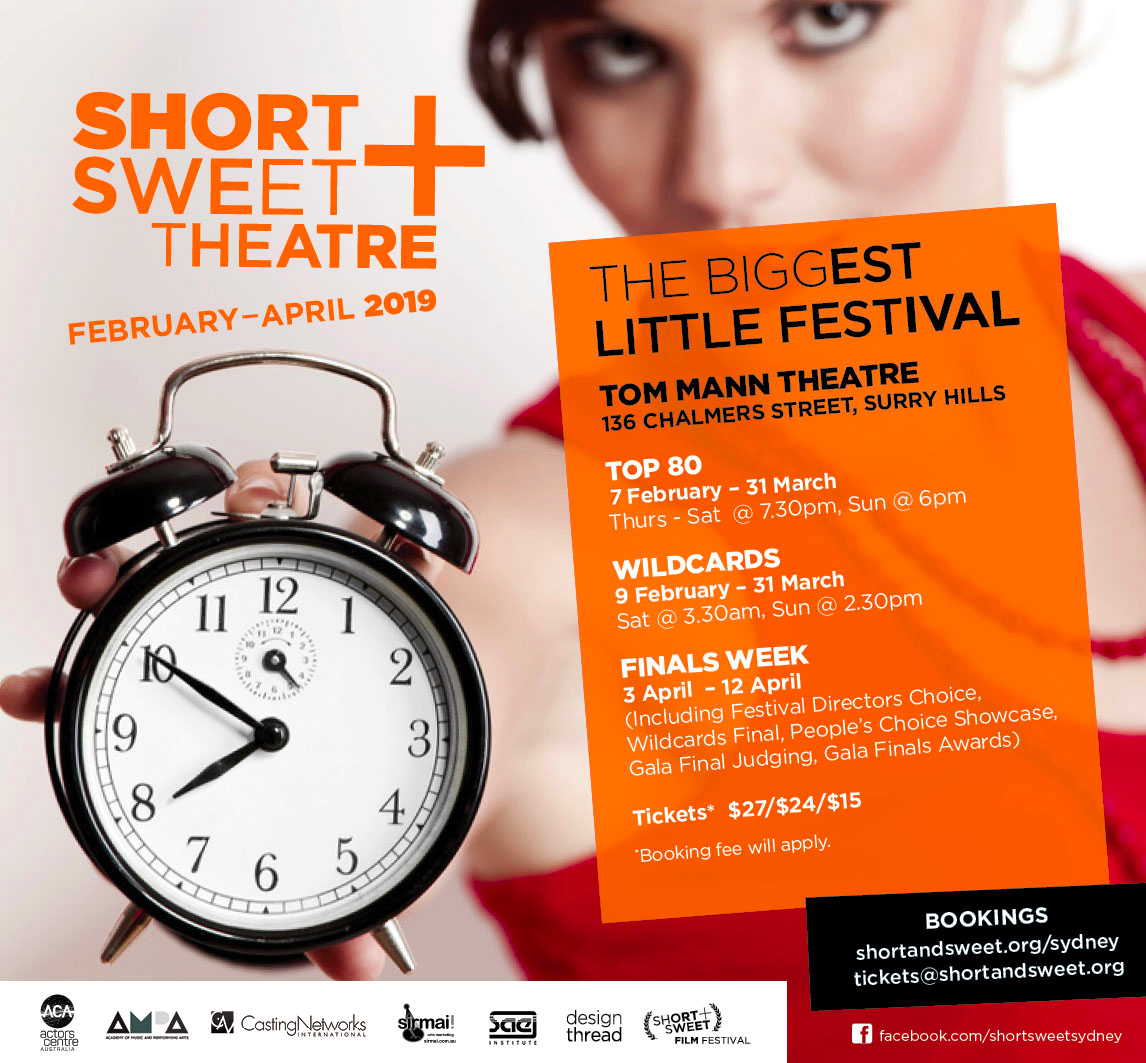