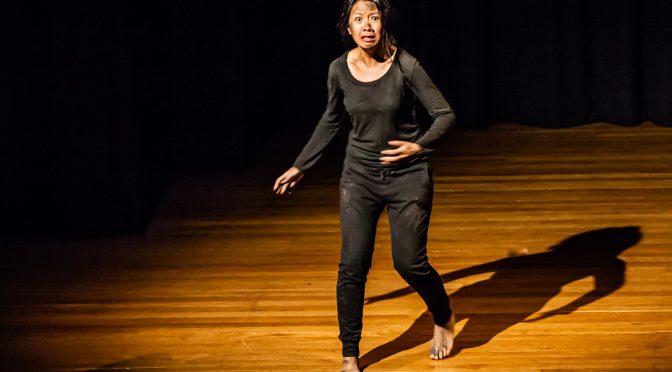 SHORT+SWEET 2020 SYDNEY – Top 80 plays, and this is the third week of this eight week festival of S+S amazing and delicious short plays. There are twelve very different and quite unique plays, being performed live on stage this week, at Short and Sweet, the world’s biggest little play festival. Delicious delightfully comedies and a very dark drama concerned with a fighting couple running out of time, a quick learning lesson that is spoken and fully signed in Auslan, an important message play with adult themes, an absolutely engaging text-intensive descriptive genocide-based drama, plus clever laugh-out-loud farce-based comedy entertainment to begin the evening.

1. CASHLESS
Huge comedy delight and very entertaining. Two millennial shop staff, are fully trained to be only able to accept payment by bank issued card, and to repeatedly blame the customer. The clever and resourceful customer insists on his legal right to pay for his purchase in cash, because the store refuses to accept his Australian Currency. What about my change.
Written by Robert Luxford
Directed by Uma Kali Shakti
ITC – Blind Penguin Productions
CAST
Cashier – Kelly McRae
Customer – Graham Egan
Supervisor – Emily Perry

2. SALLY
My name is not Sally, enjoy this totally engaging text-intensive descriptive drama, as these two captive prisoners, both have a harrowing tale to tell, a thrilling journey of overcoming genocide, of redemption and their escape from their aggressive and threatening enslavers.
Written by Nick Subjak
Directed by Adam Dear
CAST
Sally #1 – Deborah Faye Lee
Sally #2 – Charlotte Connor

3. NEVER GIVE UP
A play within a play, the playwright (Nigel) versus the script assessor (Sharon), equally full of subtext and backstory, this is an interesting parody of the play format that is the famous SHORT AND SWEET.
Written by James Hutchinson
Directed by Felix Carlyle
CAST
Sharon Sparks – Ruth Smoother
Nigel Davenport – Byron Lawrence

4. A FEW SMALL HOURS
Dying from cancer, the issues are faced by this fighting couple, poignant and engaging dramedy as they discuss their long history together.
Written by Mike Daley
Directed by Lidia Grasso
CAST
Adam – Alexander Davison
Maggie – Steffi Gil

5. THE END IS NIGHY
BILL NIGHY yes is a superb famous actor, and YES the over-the-top male character is called Mr. Nighy, who is an untalented and quite weird talent agent, equally fanatical and interesting, and using the famous name NIGHY was rather cryptic, and unusual and flawed naming choice. “THE END IS NIGH” is a common phrase usually used in relation to each and every potential apocalyptic event, such as The Biblical Apocalypse. My experience is my interpretation. Waiting to be entertained by a NO TIME TO DIE play based on the well worn truism “THE END IS NIGH” and expected a clever drama all about death and dying. Instead weird comedy splashed with drama, about a struggling actor that repeatedly fails every cattle call, an un-employable actor that every talent agent would never ever consider to have as a client, and there is an end to die for.
Written by Frances Bowick
Directed by Gina Cohen
ITC – Nighy Productions
CAST
Mr Nighy – Steve Tait
Actor – Edric Hong

6. A SILENT AGREEMENT
A quick learning lesson that is spoken and fully signed in AUSLAN. The usual cure for stuttering is to sing your words, however we discover via comedy, that learning AUSLAN also stops stuttering, as you no longer need to speak. Beautiful ten minute storytelling, very creatively delivered an interesting and entertaining adventure. Audience favourite on Opening Night.
Written and Directed by Davo Hardy
ITC – Davo Hardy Productions
CAST
Reuben Heywood – Davo Hardy

9. TRAPPED
These two fully-drawn characters are experiencing and trying to solve, an interesting déjà vu dilemma. Entertaining comedy play, set within a comedy play, but with no fourth wall, and we have a dire emergency complete with back-story and a cheese grater as a prop, and soon they will telegraph the future arrival of a third character.
Written by Barry Wood
Directed by Lachlan McWilliam
CAST
Faye – Gemma-May Bowles
Claire – Yvonne Dallman
Zombie – Don Ferguson

10. DINOSAUR
Fully Packed Prose With Persuasion, because we all need good friends. Fear of fear, versus fear of living, versus fear of dying by being eaten by a dinosaur. Message play with metaphors galore, all about the art of  living well and without anxiety.
Written by Steven Hayet
Directed by Victoria Lewis
CAST
Spencer – Tara Simmons
Jamie – Rebecca Nowell

11. OMNIPOTENT
Constantly changing quest, is a fully narrated story, a journey with magical trap doors. Two actors immediately do, exactly everything spoken by the narrator, who is initially uncertain about how the play should end, despite constantly applying re-writes to the text.
Written by Brandi Eaton
Directed by Jo Bradley
CAST
Lucy – Helen Wang
Narrator – Mikki Kessler
Chase – Sam Walsh

Every week there is a new Short+Sweet Top 80 program (Thursdays-Fridays-Saturdays at 7.30pm plus Saturdays at 1.00pm and Sundays at 6.00pm) and the annual Short+Sweet huge gala finals, all take place during April 2020.

Third year in this big new venue for S+S, and comfortably seating a maximum of 171. The Short+Sweet festival has brand new shows every week for the eight weeks, and runs through to April 2020.

* “In theory, if you came to see every week of the 2020 S+S Sydney Festival you will have seen 80+ ten-minute short plays, and the work of approximately 600 artists. Now you understand why they call it The Biggest Little Festival in the World!’ ” *

6:00pm until 8:30pm  Sundays (followed by the official presentation, announcing the weekly winners)