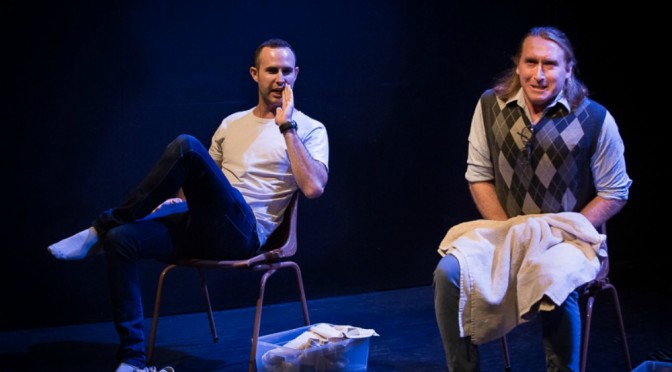 There are ten high quality plays this week, thought-provoking, compelling, laugh-out-loud, superb entertainment galore, and with some adult themed comedy too.

(3) SATURDAY 7:32AM – Compelling drama, presented with two unique points of view. Perpetually shy and socially awkward man (Benjamin Kuryo) constantly obsesses over the woman (Shabnam Tavakol) that he has been stalking. String of events are explored from both perspectives. His first face to face encounter, is in a bar. Surprisingly he is invited back to her place, for a one night only bedroom performance. He does not understand, and quickly becomes stalker, rapist, murderer. ITC: Almost Dangerous, Writer: Nick Subjak, Director: Glen Pead, Cast: Shabnam Tavakol (Woman), Benjamin Kuryo (Man)

(7) BREACH OF CONTRACT – Yes a Judge Judy comedy, in under ten minutes. The victim of a contract that he made with the devil, plus the devil and God, are having his case of contract breach by the Devil, heard in Judge Judy’s court. So who will win the case of a lifetime? Writer: Michael Callahan, Director: Samantha Lee, Cast: Lucy Starita (Judge Judy), Ryan Sobolski (Lucifer – The Devil), Joshua William Parker (Enoch Sommes – The Victim), Sandy Sharma (God), Jennifer Hicks (Jenny Jones), Zac Paulic (Henry – The Bailiff)

(10) THE LORD OF THE LIES – Epic comedy of more and more magnificent lies, incredibly entertaining too. Legolas the elf (Atlas Adams) recounts in vivid detail about being the hero of every battle, that was not fought by Frodo (Samuel Lucas Allen). Firing endless arrows, doing triple backflips, killing legions of orcs, and just so much more, and of course everything was completely untrue. Audience favourite. ITC: Atlas Adams, Writer + Director: Atlas Adams