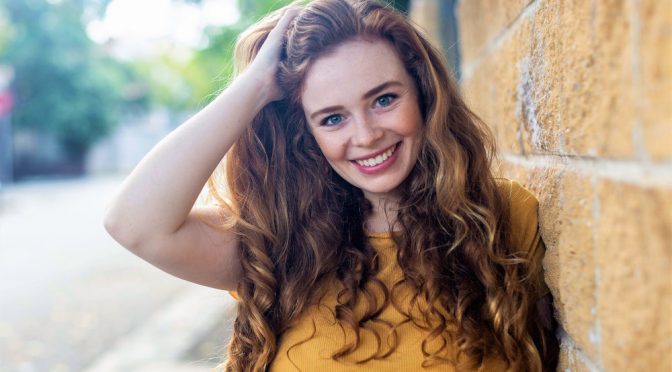 After a week’s break, Short+Sweet Sydney continues its record, 20th hit year with all-new plays in Week 3 – from Thurs 10 June to Sunday 13 June, 2021 at the Tom Mann Theatre, Surry Hills.

Life Lessons, by Melbourne writer Steve Wheat and directed by Sari Simpson, stars Camille Qurban and Oli Stening (pictured below, left). When a man finds out that his girlfriend’s first sexual encounter was with her teacher, morals are challenged…

Natalie Calavas’ How to Heal, directed by Suzy Devery sees two grieving friends revisit past trauma and ultimately, brings about a better understanding and the start of healing.

Ian Robinson’s How to Write a Prize-winning Play in 10 Minutes or Less, directed by Jo Bradley, depicts that dreadful writer’s curse (worse than writer’s block): trying to write a play while your girlfriend insists on having sex with you…

A Clue in the Library by Steven Hayet, directed by Emma Carolina-Wolf. A man is dead and Professor Plum and Miss Scarlet are on a quest to find the killer – as soon as they conquer the absurd Library of Congress cataloguing system! Laura Hefer and Reo star.

Two Psychics Meet on Tinder: They already know how the relationship will play out, so is there any room for mystery? Gina Cohen directs Adam Szudrich’s hilarious take on online dating.

You Won’t Believe, written and directed by Frank Leggett (who has had 8 plays performed in 25 Short+Sweet festivals around the world including the recent award-winning Rentals!) is a tour de force one-hander for Debbie Neilson (pictured below), herself a young ‘veteran’ of 10 years of the festival… and 20+ plays and cabarets. Having spent her whole life caring for a dominating mother, Grace enters the world of online dating only to meet a VERY alien scammer!

In Salsa Dancing by Natasha Yim (pic below), horrified daughter Angie watches her mum go dancing to meet single men. Why can’t she just use an app, like everyone else?? But grandson Braden is her social director, so all is ‘sweet’! Director Elizabeth Munro knows the scene well herself(!) and casts real-life mother and son (Ruth Smoother and Joash Stuivenberg) as Braden and Angie! With Denise Kitching as cool grandma Naomi.

Friendship (pictured) written & directed by Bar Silverstein, is about exactly that: 4 friends gather for weekly wine and whine… but Sarah is caught in an internal storm her friends can’t see. Alexandra Rigby, Samantha Proctor, Josie Mura and the writer – all graduates of the Atlantic Theater Company in NY reunite for Bluebird Theatre Co.

Bogbodies by young US writer Annabel Webster, directed by Guillermo Martin Sepulveda: A young woman returns to the swamp desperately calling out for her loved dead friend swallowed up with other bodies in the cold mystical bog. Emma Johnston and Natassa Zoe star in this weirdly powerful piece, with dancers Vanessa Pino and Vladimir Maldonado, choreography by Sandra Lucas, original music by Peter Johnson and Scott Watkins-Sully.