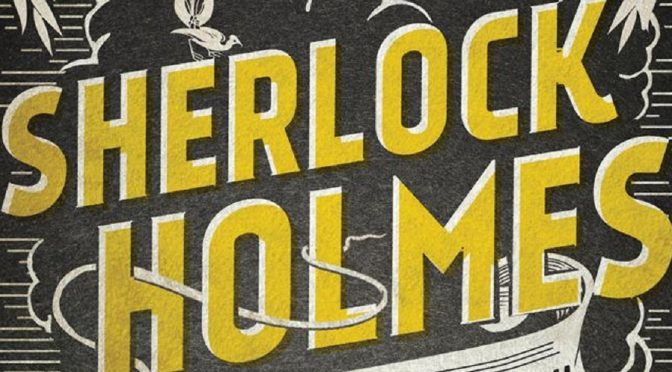 A most enjoyable collection of Australian Sherlockian stories as edited and collected by Christopher Sequiera who is renowned internationally for his Holmes-related writings.

Sequiera’s published work includes poetry, prose, and comic-book scripts, including Pulse of Darkness, Rattlebone: The Pulp-Faced Detective and The Borderlander.
It is a selection from both established and emerging writers (better known names include Meg Keneally, Kerry Greenwood and Lucy Sussex).

The writers imagine the famous detective duo in Australia in 1890, and visiting various locales in all the States and Territories from the outback desert, bush and city . It is not presented in chronological order per se.

Mention is made of Australian flora and fauna such as emus, koalas and platypus and Sherlockians will love the allusions to works in the Canon (eg The Lions Mane, The Dancing Men ) and Holmes’ interest in bee keeping , and hints of other long lost untold stories. Holmes and Watson experience a degree of culture shock at times, as they are challenged with seemingly baffling mysteries and cultural and geographical landscape with which they are unfamiliar (camels, heat and flies, sheep shearing and bushrangers for example).

Stories range from spooky shadows on cave walls, an abduction by a ‘demon’, the strange affair of reputedly the biggest man in Australia, an inexplicable drowning , an actor’s gruesome curtain call . the disappearance of a purloined Bunyip, and Irish bushrangers, and other unexpected plot twists ( a deadly poisonous tricked up ring for example). Even Irene Adler ( ‘ to Holmes she will always be The Woman’) makes an appearance.

It all brings a somewhat unconventional perspective to the Holmes ‘brand’ which will delight intrigue and will please , puzzle and entertain readers. Holmes with his excessive intelligence, is usually his rather aloof, infuriating , enigmatic self, saving telling Watson all he knows until the very last while Watson acting with the opaqueness of a sounding board, describes meeting various characters including fraudsters and Aussie police of varying ability. And Holmes goes swimming in one story, revealing yet another previously hidden talent!

What is also interesting is the way a couple of the stories examine the way the Chinese and Aboriginal First Peoples were regarded and treated at the time and also mention is made of the first female doctor in Australia, Emma Constance Stone .

It is a medium –to- large sized book, perhaps a little heavy coffee table book, beautifully illustrated (shades of The Strand Magazine and Beardsley’s Yellow Book perhaps?) by Philip Cornell, J. Scherpenhuizen and Marcelo Baez.There is an introduction by the Captain of the Sydney Passengers and Baker Street Irregular Bill Barnes as well as a forward by Sequiera.

There is a table of contents at the front with a list of the titles of all the stories (but no indication of the author – the author is listed on the first page of each story) and a most useful biographical information about each of the contributors at the back.

There are hints that more tales are lurking in the battered despatch box and the next book is eagerly awaited. This book will appeal not just to Sherlockians, who will have fun assessing how faithful the stories are to the original Canon, (and at this time of year it would make an excellent Christmas present) but to readers who enjoy Australiana , a good old-fashioned mystery story or historical fiction.